Hakeem Jeffries is a freshman congressman from Brooklyn seen by Democratic Party leaders as a promising black politician with appeal across ethnic lines. Shavar Jeffries, a Seton Hall University law professor, is trying to cut a similar image as he begins a campaign to succeed Newark Mayor Cory Booker.
The two men hope to be at the front of a new generation of African-American leadership, but they share a common link to a contentious figure from the past: former City University of New York Prof. Leonard Jeffries, whom both call their uncle, but for different reasons.
The improbable story of the three Jeffries and their interactions over more than two decades illustrates the shifting currents of race and politics in the New York City area.
Dr. Jeffries’ teachings in the early 1990s about inherent traits of blacks and whites and the role of Jews in the slave trade put him at the center of a heated controversy. City College removed him as chairman of the department of black studies in 1992, arguing in court that he had been ineffective in the job. Dr. Jeffries said his free-speech rights had been violated and mounted a successful legal battle to get his job back. But his name has become synonymous with the confrontational racial politics of the time. 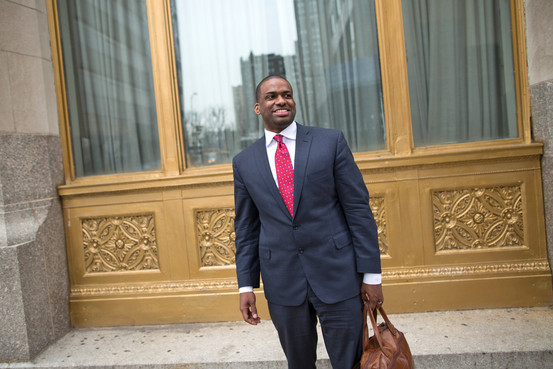 Dr. Jeffries’s legacy hasn’t been a significant factor for either of the younger Jeffries, who don’t employ the same ethnically focused rhetoric. Rep. Jeffries said he was rarely asked about his uncle during his 2012 run. Once, it came up at a fundraiser. He said he responded as he normally does, acknowledging his deep ties to Prof. Jeffries but noting that he has carved his own path.
“I’ve worked closely with a variety of different races, cultures and ethnicities during my time in the legislature and professionally. I look forward to continuing to do that,” Rep. Jeffries said in his first interview at length about his relationship with his uncle. “And thankfully, almost universally for better or for worse, I’ve been judged on my own merits and my own record.”
In an interview, Dr. Jeffries, 76 years old, said his teachings weren’t anti-Semitic and that it was unfair to examine Hakeem and Shavar’s public lives through the prism of his own.
“They do not deserve to have the baggage that was put on me carried by them. Nobody deserves it,” Prof. Jeffries said. He called Hakeem and Shavar’s achievements “a fantastic story of success.” “It doesn’t have to be linked to all the misconceptions and all the negativity that was put upon me.”
In the 1980s and ’90s, Prof. Jeffries was a leader in the emerging field of black studies and was chairman of that department at the CUNY’s City College. He found himself the target of criticism when he gave a speech that, among other things, claimed that Jews played a role in financing the slave trade and that they destroyed the image of African-Americans through control of Hollywood.
“Russian Jewry had a particular control over the monies, and their financial partners, the Mafia, put together a system for the destruction of black people. It was by design,” Dr. Jeffries said in the speech, delivered at a state-sponsored conference in Albany.
Dr. Jeffries said he was taken out of context and that he had spoken about the involvement of a number of ethnic groups in the slave trade. In 1993, a court ordered him reinstated as a department chair on the grounds that his First Amendment rights were violated. He stepped down as chairman in 1995 and now spends much of his time in West Africa. 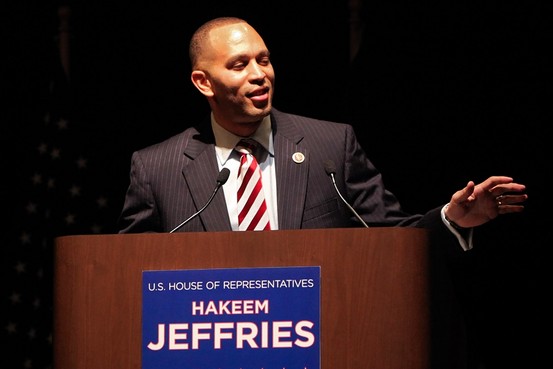 Both Hakeem, 42, and Shavar, 38, remain close to Dr. Jeffries, though they said they disagree with many of his theories. Rep. Jeffries, whose father is Dr. Jeffries’s brother, said his focus always has been on solving urban problems, not on empowering one particular ethnic group.
Last year, the congressman was carried into office by a coalition that would have been hard to imagine when his uncle was in the public eye. In a primary, he easily defeated City Council Member Charles Barron, a black nationalist who has angered some of the same Jewish groups as Dr. Jeffries, and he won neighborhoods that were at opposite ends of racial tensions in the 1980s and early 1990s: African-American Bedford-Stuyvesant and white Howard Beach, Jewish Crown Heights and parts of black Crown Heights.
“People in [Bedford-Stuyvesant and Howard Beach] and all throughout the congressional district, I found, care about the same things,” Rep. Jeffries said. “They want safe streets, good public schools and a return to a stronger economy.”
Rep. Jeffries has built close relationships with leaders of the large Jewish communities. “It’s really a contrast in character,” said Michael Miller, the chief executive of the Jewish Community Relations Council of New York, who clashed with Dr. Jeffries in the 1990s. By contrast, when Hakeem Jeffries was serving in the state Assembly, he impressed Mr. Miller when he joined him on a trip to Israel.
City Council Member Al Vann, a Democrat from the Bedford-Stuyvesant section of Brooklyn who is friendly with both men, said they had different goals.
“Dr. Leonard Jeffries was not trying to bring together a diversity of people to agree on anything. He was trying to reveal the truth as he knew it,” he said. “That is not Hakeem’s mission. Hakeem’s mission is to protect, provide for the constituency he represents.”
Growing up in the 1980s in Crown Heights, Hakeem didn’t know much of his uncle’s academic life but spoke to him at family gatherings, which often took place at his late grandmother’s home in Montclair, N.J. The most significant experience the two had was in 1986, he said, when he and his brother, Hasan, joined a large group trip to Egypt led by Dr. Jeffries.
“That, in some ways, was a very meaningful trip,” Rep. Jeffries said. “It was the first and only time that I visited the continent of Africa.” 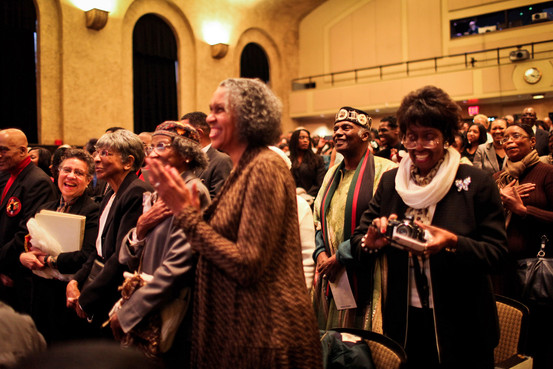 He missed most of the controversy that came later. He was away at college, first at the State University of New York at Binghamton and then at Georgetown University (where he was roommates with future Washington Mayor Adrian Fenty). Even today, Rep. Jeffries said, he hasn’t looked at his uncle’s controversial speeches.
Shavar Jeffries, who grew up in Newark, was raised by his grandmother after his mother was murdered and his father disappeared. He didn’t know anyone else named Jeffries.
A decade later, as a freshman at Duke University in February 1993, he helped provoke debate on campus by inviting Dr. Jeffries to speak. Shavar Jeffries said he didn’t agree with much of what Dr. Jeffries said then and doesn’t now. Still, when the two started talking at Duke, they discovered a shared background, Shavar said. Their last names were the same. Both were from the same part of Newark.
Dr. Jeffries pronounced Shavar his nephew, and Shavar later became friends with Hakeem’s brother, Hasan. He would get to know Hakeem when both were lawyers at large firms, Shavar at Gibbons P.C. and Hakeem at Paul, Weiss, Rifkind, Wharton & Garrison LLP. Hakeem, who has built a strong fundraising base, said he planned to raise money for Shavar’s mayoral run in 2014.
They believe there is a familial tie, though they haven’t confirmed it. “We claim cousins,” Shavar said. “We haven’t done any DNA testing or anything like that. But we’re claiming it.”
Hakeem, Shavar and Leonard Jeffries were together in November, Shavar said. He and Leonard made plans to get together for dinner and catch up. In January, Leonard attended ceremonies in Washington, D.C., and Brooklyn marking Hakeem’s congressional swearing in. “I think he said, ‘Congratulations,'” Hakeem said. His uncle was among a large group of relatives, he said, who “all seemed proud.”