The Hamburg Massacre (or Hamburg Riot) was a key event of South Carolina Reconstruction. Beginning with a dispute over free passage on a public road, this racially motivated incident concluded with the death of seven men.It launched the furious 1876 Democratic campaign for South Carolina’s “Redemption,” inaugurating single-party white supremacist rule, and leading to nearly a century of “Jim Crow” denial of civil rights.

Hamburg, a defunct market town across the Savannah River from Augusta, Georgia, had been repopulated by black freedmen since the end of the War. On July 4, 1876, two neighboring white farmers drove in a carriage down Hamburg’s capacious Market Street, meeting the Hamburg company of the National Guard, State of South Carolina, which was drilling (or parading) under command of Captain D. L. “Doc” Adams. The men in the National Guard were blacks. According to one version of the story, the militia company purposely deployed to block the street and deny passage, and in another, the carriage intentionally drove up against the head of the column. In any case, after an exchange of words, the farmers passed through the ranks of the parade (Haworth 1906, 131 and Allen 1888, 314).
The farmers complained of obstruction of a public road before the local court in Hamburg, Trial Justice Prince Rivers presiding, at a hearing on July 6. The case was continued until the afternoon of July 8 when Matthew Calbraith Butler, Edgefield attorney, appeared as the farmer’s counsel. (Of the many men surnamed Butler involved in this incident, he was referred to as ‘General’ Butler based on his former service in the Confederate Army.) Despite the lack of any official standing, M. C. Butler demanded that the Hamburg company disband, and turn their guns over to him personally (Allen 1888, 314-315).
As hundreds of armed white men gathered in the vicinity, the militia company refused to disarm, and took refuge in their armory in the Sibley building near the Charlotte, Columbia and Augusta Railroad bridge. Perhaps 25 militia and 15 townsmen were in the building when firing began. One man fell in the heat of battle – McKie Meriwether, a local white farmer.

Location Map for the Hamburg Massacre. From Budiansky, 231

Outnumbered, running out of ammunition and discouraged by a small cannon brought from Augusta, the militiamen in the armory slipped away into the night. At least one was shot to death during the getaway: Hamburg’s Town Marshal, James Cook. Two dozen more were rounded up from their hiding places and taken near the South Carolina Railroad to what was later called the “Dead Ring”, where their fate was debated. Four prisoners were picked out and executed: Allan Attaway, David Phillips, Hampton Stephens and Albert Myniart. Several others were wounded either in escape or in a general fusillade as the ring broke up. The white invaders finished by looting the town (Budiansky 2008 226-237, Allen 1888 314-317). Moses Parks was also killed; the Attorney General’s report placed this in the Ring (Allen 1888 316), but accounts based on the Senate report find him shot down in the street near James Cook (Budiansky 2008 233-234).
The official report ends with this statement:

… the facts show the demand on the militia to give up their arms was made by persons without lawful authority to enforce such demand or to receive the arms had they been surrendered; that the attack on the militia to compel a compliance with this demand was without lawful excuse or justification; and that after there had been some twenty or twenty-five prisoners captured and completely in the power of their captors, five of them were deliberately shot to death and three more severely wounded. It further appears that not content with thus satisfying their vengeance, many of the crowd added to their guilt the crime of robbery of defenceless people, and were only prevented from arson by the efforts of their own leaders. (Allen 1888, 317) 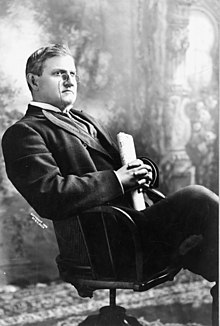 The shots fired at the Hamburg Massacre stunned the Republicans and deflated the “Co-operationist” faction of the Democratic party, which until then had anticipated a fusion with the reforming Republican Governor Daniel H. Chamberlain. Support crystallized around the uncompromising “Straight-Outs” who launched the terrorist Edgefield Plan for South Carolina’s Redemption (Holt 1979, 173-207). The ensuing violent and bitterly contested election campaign gained undivided control of South Carolina for the white Democrats, leading to nearly a century of black disenfranchisement. Some historians argue that the Democrats’ decisive victory over the South’s Republicans influenced the presidential election through the Compromise of 1877.
The massacre gained nationwide attention (e.g. Harper’s Weekly, August 12, 1876). White South Carolinians saw virtue in its success and repeated the lesson in full at the town of Ellenton, also in Aiken County, two months later (Allen 1888, 385-387). M. C. Butler’s expectations and the depth of his involvement were unproven: in particular he was not conclusively placed in the “Dead Ring”, but nevertheless his association with the bloody violence damaged his later career in the U. S. Senate (Martin 2001, 226). Benjamin Ryan Tillman magnified his role in the “stirring events” (Budiansky 2008, 237) and used it to spur his 1890 campaign for Governor of South Carolina (Simkins 1944). Nobody was ever convicted for his involvement.

Queen Nanny of the Maroons