Warrior, General (c. 247 BCE–c. 183 BCE)
Hannibal was known for leading the Carthaginian army and a team of elephants across southern Europe and the Alps Mountains against Rome in the Second Punic War.

Hannibal, general of the Carthaginian army, lived in the second and 3rd century B.C. He was born into a Carthaginian military family and made to swear hostility toward Rome. During the Second Punic War, Hannibal swept across southern Europe and through the Alps, consistently defeating the Roman army, but never taking the city itself. Rome counterattacked and he was forced to return to Carthage where he was defeated. He worked for a time as a statesman before he was forced into exile by Rome. To avoid capture by the Romans, he eventually took his own life. 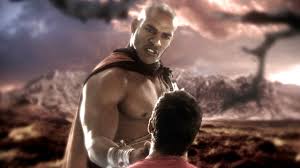 Hannibal Barca was born in Carthage (present-day Tunisia) in approximately 247 B.C. He was the son of Carthaginian general Hamilcar Barca (Barca meaning “thunderbolt”). After Carthage’s defeat by the Romans in the First Punic War in 241 B.C, Hamilcar devoted himself to improving both his and Carthage’s fortunes. At an early age, he took Hannibal to Spain and made him swear eternal hostility toward the Roman Empire.
At age 26, Hannibal was given command of an army and immediately set out to consolidate Carthaginian control of Iberia. He married Imilce, an Iberian princess, and conquered or allied with numerous Iberian tribes. He made the seaport of Qart Hadasht (“New City,” now Cartagena) his home base. In 219 B.C., Hannibal attacked the town of Saguntum (Sagunto, Spain), raising the ire of Rome and starting the Second Punic War.

In late spring, 218 B.C., Hannibal marched through the Pyrenees toward Gaul (southern France) with more than 100,000 troops and nearly 40 war elephants. He met little resistance from local forces allied to Rome. Roman general Publius Cornelius Scipio attempted to confront him at the Rhone River, but Hannibal had already crossed it and was on his way to the Alps.
Hannibal’s Alps crossing was a remarkable military achievement. In addition to an inclement climate, Hannibal’s army faced guerrilla attacks from indigenous tribes who rolled heavy stones across their path. On the 15th day of the crossing, and more than five months away from Cartagena, Hannibal finally exited the Alps with just 20,000 infantry, 6,000 cavalry and all 37 elephants.

Over the next three years, Hannibal’s army battled Scipio’s forces for control of Italian territory. For most of this time, Hannibal fought with little aid from Carthage. He was able to inflict heavy casualties on the Roman army in the battles of Trebbia, Trasimene and Cannae, but at a heavy cost in men and many of his elephants. He was able to get within three miles of the capital before a stalemate ensued. Hannibal did not have the numbers to successfully push into Rome, and Scipio didn’t have the superior forces to defeat him.
Meanwhile, Rome dispatched forces to Iberia and North Africa, raiding Carthaginian towns and villages. In 203 B.C., Hannibal abandoned his Roman campaign and traveled back to defend his country. In 202 B.C., the armies of Hannibal and Scipio met at the Battle of Zama, where unlike in previous meetings, the Romans had superior forces. They used trumpets to stampede the remaining few elephants, which circled back and trampled the Carthaginian troops. Hannibal’s army was scattered and many of his soldiers were gradually hunted down and killed by the Romans. 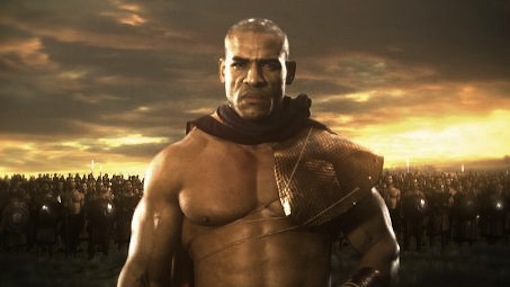 The Roman terms for peace were extremely harsh on the Carthaginians, severely reducing their military and extracting large reparations. After being elected a chief magistrate, Hannibal spent the next several years in Carthaginian politics. During this time, he instituted elections for military judges and changed terms of office from life to two-years.

However, the Romans eventually became concerned about Hannibal’s growing power and in 195 B.C. demanded that he retire from office. Hannibal moved to Ephesus (Turkey) and became a military adviser. In 190 B.C., he was placed in command of a Seleucid (Greek) Empire fleet and engaged in war with Rome’s ally Pergamon. Hannibal’s army was defeated, and he fled to Bithynia. The Romans demanded he be turned over to them, but he was determined not to fall into enemy hands and fled. In approximately 183 B.C., at Libyssa, near the Bosporus Straits, Hannibal took his own life by ingesting a vial of poison.

We strive for accuracy and fairness. If you see something that doesn’t look right, contact us!

East African Muslim women say ‘We were not meant to enjoy sex. We were supposed to be machines to have babies.’