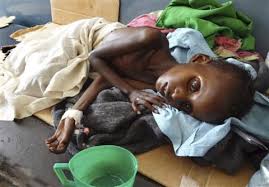 WASHINGTON, April 20 (UPI) — Access to U.S. healthcare did not improve for most racial and ethnic groups from 2002 through 2008, federal officials reported.

Dr. Carolyn M. Clancy, director of Agency for Healthcare Research and Quality — part of the U.S. Department of Health and Human Resources — said the data contained in the National Healthcare Disparities Report and the companion National Healthcare Quality Report predate the Affordable Care Act, but goals were set in April 2011 to reduce health disparities.

“The healthcare law’s groundbreaking policies will reduce health disparities identified in the report and help achieve health equity,” Clancy said in a statement. “We are releasing the report during National Minority Health Month to raise awareness about the steps being taken to help ensure every American receives safe and appropriate health care to help them achieve their best possible health.”

The reports, mandated by Congress, are based on more than 40 national sources involving 250 healthcare measures. Fifty percent of the measures that tracked disparities in healthcare access showed no improvement between 2002 and 2008, while 40 percent of those measures were getting worse, the reports said.