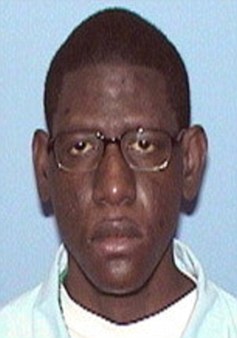 A convicted murderer serving 40 years for the killing of a teenager has died after contracting a flesh-eating skin infection.

Robert J. Turner, 32, was pronounced dead on Friday after he became infected with the bacterial infection formally known as necrotizing fasciitis.

Turner, who was jailed in 1998, died in Chicago’s intensive care unit at the University of Illinois Medical Center after being transferred there last Wednesday, according to the Cook County medical examiner’s office.

Turner, who has been based at the Dixon Correctional Center, was also being treated for a number of other health conditions, including cirrhosis of the liver, authorities said.

According to the Chicago Tribune Turner was 18 when he and two other men were charged with the shooting of Derek Miles, also 18.

Chicago police said Turner and his two accomplices confronted Mr Miles and two companions on the street and demanded money.

The victims could only muster $15 between them, but one of the three offered to hand over valuables stored in Mr Miles’ home.

As the three burglars were stealing stereo equipment and other items from the property, Mr Miles slipped away to retrieve a gun from another part of the house. 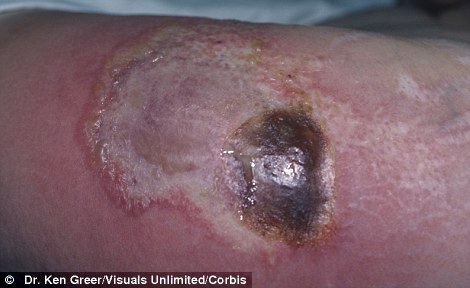 Turner’s death from necrotizing fasciitis is the latest in a string of rare flesh-eating bacteria cases reported in the U.S. this year.

Last month Anthony Hills, 55, from Charleston, died from the aggressive infection and in July seven-year-old Tevita Alatini from Texas was also killed from the condition.

Linda Snyder, a pastor from Sacramento, California, lost her life in June after being infected as did Michigan woman Crystal Spencer, 33.

WHAT IS NECROTIZING FASCIITIS? 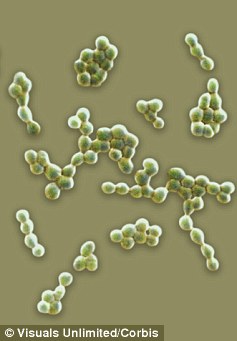 The bug enters the body, often through a minor cut or scrape

The bug enters the body, often through a minor cut or scrape and as the bacteria multiply, they release toxins that kill tissue and cut off blood flow to the area.

Because it is so virulent, the bacteria spreads rapidly throughout the body.

Sufferers must be treated immediately to prevent death, and are usually given powerful antibiotics and surgery to remove dead tissue. Amputation can become necessary if the disease spreads through an arm or leg.

Patients may undergo skin grafts after the infection has cleared up, to help the healing process or for aesthetic reasons.

In May, new mother, Lana Kuykendall, contracted necrotizing fasciitis in a hospital in upstate South Carolina, just after delivering her twin babies.

She underwent 20 surgical procedures to stop the aggressive bacteria spreading but managed to avoid having any limbs amputated.

Earlier in the year the same disease savagely struck Georgia student Aimee Copeland forcing surgeons to amputate all four of her limbs to save her life.

In total at least five Americans have now died from the infection and another eight victims have had limbs amputated.

African origins of the Banjo