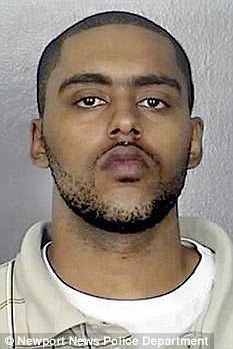 A man facing capital murder charges in the death of three family members attacked and repeatedly punched his attorney in the face during a court hearing.

About 15 minutes into a hearing to establish Virginia man Rashad Riddick’s mental competency to stand trial yesterday, he began violently and repeatedly punching his attorney, Joseph Flood, in the face for no apparent reason.

Riddick’s attorneys had asked that his hands and feet be unrestrained for the hearing.

The Culpeper Star-Exponentreports that court security immediately tackled Riddick to the ground and all of them toppled over a table, breaking two of its legs.

As security wrestled with Riddick, Mr Flood screamed at security not to hurt his client, despite the evident bruises already forming on his face from the attack.

No one was seriously injured, though the bruises were evident on Flood’s face following a brief recess.

The murder occurred in a farmhouse off of U.S. 15. 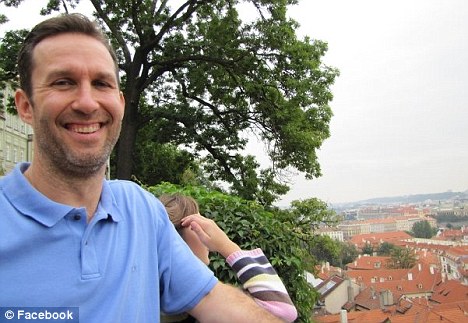 Attacked: Attorney Joseph Flood, of Fairfax, called out to security not to hurt his client even after being pummeled in the face in court

From the start of the hearing, which was called to discern if Riddick was mentally competent to stand trial, he was disruptive and visibly agitated, screaming out when the judge spoke.

Friends and family members of the victims were in the public seating area and were clearly traumatized by the incident.

‘I can only see them at the grave site. My family will never see justice.’

The victims were found dead at the Jackson’s home.

An apparent motive in the alleged triple murder was revenge for being previously turned into police by his relatives for stealing a car.

Poverty in Angola, despite it being one of the most expensive cities in the world

Living with murder: The agony of Detroit's neighborhoods — and their cry for help