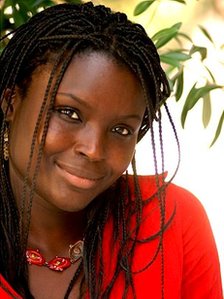 Senegal’s Magatte Wade, a self-described serial entrepreneur, is convinced that Africa’s future depends on its ability to develop a strong manufacturing sector.

With that in mind, she co-founded Adina World Beat Beverages in 2004 and recently launched her second company, The Tiossano Tribe, which produces high-end skin care products based on traditional Senegalese recipes.

For years, Mrs Wade has been very critical of the condescendence with which, in her opinion, often well-intentioned people in the developed world – and especially in the country where she conducts most of her business, the United States – treat Africa.

In one of the columns that she regularly writes for The Huffington Post and other publications, she argues that those who would really like to help the continent should “transcend their romance with foreign aid and microfinance, and begin to take seriously investing in African manufacturing and purchasing products made in Africa”.

“My vision for Africa is one in which it becomes the first region of the world to create a socially and environmentally responsible manufacturing base,” she says in another article.

To those who doubt that it is possible to do so, she reminds them how she started to invest in the country of her birth after having studied in France and moved to the US.

“What happened is that when I went back, I discovered that people were basically abandoning bissap – a red drink made from the hibiscus plant – because for them, if you’ve made it now in this world, you drink the western brands,” she told the BBC’s series African Dream.

She explained that for her bissap was not only the traditional drink of her childhood, strongly associated with her cultural identity, it also reminded her of the women who used to rely on hibiscus for their livelihood and were being forced to leave the countryside to try to find jobs in the cities.

“A lot of them end up on the street and their kids end up begging as well, and – at the same time – the land back home is bought up for nothing by speculators, and then all of a sudden these people find themselves with nothing,” she said.

“I created a company whose mission was to reintroduce these beverages and, in the process, put back to work all of those women who used to grow the hibiscus.”

“The initial seed [money], I put it myself. And then, obviously, I found a great person who would become my co-founder, and he also put in a little bit, and then we went right away for friends and family money,” she told the BBC’s Kevin Mwachiro.

“We raised a significant amount to work with. Later on, the same people plus more came back to invest some more, and eventually at run number three we took venture capitalists’ money.”

The company’s products – which include “herbal elixirs” like blackberry hibiscus with rooibus, and organic coffees and teas – are now sold across the US by major retailers like Whole Foods Market and Wegmans.

According to a case study by the United Nations Development Programme, Adina currently has 25 employees and annual revenues of over $3m (£2m).

The document, published earlier this year, points out that the company’s business model has supported more than 527 members of the Quality Biological Agriculture Cooperative (QABCOO), located at Latmingue in Senegal, “largely women, who never believed that they could make a living out of hibiscus flowers”.

Mrs Wade told the BBC that she has been raising the start-up capital for her second company on her own.

“Right now, we have three different investors for the company but they are all like-minded investors who have no voting power or anything like that in the company. They’re in it because of me and what I’m doing,” she said.

At the moment, Tiossano’s body wash and body lotions are made in the US but Mrs Wade’s goal is to move production to Senegal as soon as they have generated enough profit or received additional investment.

According to the company’s website, “while Dakar has long been recognized as a powerhouse of global musical creativity, the current generation of Senegalese does not have the educational resources it needs to channel that creativity towards becoming leaders in areas like design, innovation, and entrepreneurship”.

So Tiossano has promised to donate, from the start, 10% of it profits to a foundation aimed at preparing the next generation of Senegalese global leaders in those areas.

Mrs Wade said that budding African entrepreneurs should learn to take the time to sell people their passion.

“It’s not just a matter of: ‘Give me cash so that I can go do this or do that’. Think about what you need the cash for, and you’ve gotta be a person of integrity,” she concluded.

Will the US Really Experience a Violent Upheaval in 2020?