Iman has proven beauty retailers wrong with her successful make-up line, after they told her that ‘black women don’t buy liquid foundation’.
Focusing on difficult-to-find shades for ethnic women, the supermodel’s namesake cosmetic company has become a $25million business.
However during yesterday’s WWD Beauty CEO Summit, the 56-year-old revealed that skeptical retailers have made it far from easy.
After nearly two-decades modelling, and mixing foundation formulations for make-up artists to use on her, Iman launched her line at JCPenney in 1994.
To take Iman Cosmetics to the mass market, she signed a deal with Procter & Gamble in 2004, but distributors like Walgreens and Target responded to it with caution.


‘I didn’t understand that it was if they have 1,000 doors, only 200 are for women of color,’ she said.
Retailers then tried to place her products at the back of their stores, which they see as the ‘ethnic section’.

‘It was a no-go. They wanted me to be placed at the back, which they considered, like it is, for the ethnic section, which I was totally against.’

And despite her soaring sales, she admitted that trying to secure distribution has been a challenge for both brick-and-mortar and online stores.

‘I approached the players – Wal-Mart, Target, Walgreens – and everybody knew about the brand and how successful it was, so everybody said yes to it,’ she began. 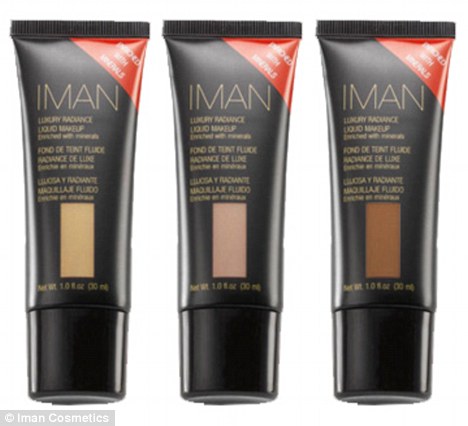 ‘But then there was this, “Oh we’ll test it.” Like I had just started, like there was no customer base for it.’
Since retailers would not agree to put her products with the rest of their makeup, most of Iman’s business is now conducted online.

However because women like to look at makeup, and test it before they buy it, having an e-commerce-based sales model for any cosmetics brand will stunt growth.
Iman says she knows this, and would like it to be different, because ‘customers need to be serviced,’ she said. 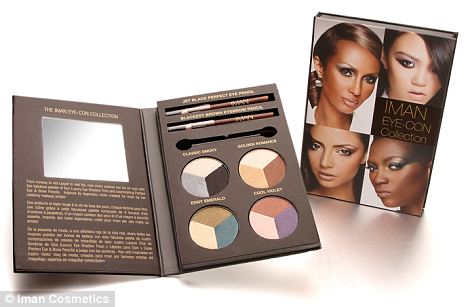 Iman Cosmetics: Focusing on difficult-to-find shades for ethnic women, the supermodel’s company has become a $25million business, despite skeptical retailers

While Iman Cosmetics sells products any woman can use, such as lipstick, mascara and eyeliner, her foundation, a challenging category for many women of color, accounts for 75per cent of her overall sales.
Despite discouragement from retailers who thought no one would buy it,three months after the line was launched, the foundation was the number-one product in her brand.