At the turn of the 20th Century, life was incredibly difficult for the African-American community in the southern states of the US. But one self-taught photographer used his camera to challenge racial barriers and capture the diversity of the American South.

“I did not know my grandfather but I am very proud that he was able to capture these people in pictures – whether they were black or white, rich or poor, farmers or businessmen,” says Martha Sumler.

In an era that was marked by growing racial discrimination and the introduction of what were known as the “Jim Crow” segregation laws, a relatively unknown photographer, Hugh Mangum, did a rare thing – he opened his doors to everyone regardless of their race, gender or how much money they had.

Starting in the 1890s, Mangum, a self-taught itinerant photographer, travelled on the railroads across North Carolina, Virginia and West Virginia, setting up temporary studios and taking portraits of the people he met.

At that time, states in the South were introducing legislation that enforced segregation – restaurants, shops and hotels had to provide separate facilities for black and white people. Marriage between races was illegal, separate schools were established and public transport was divided. The effort to disenfranchise the African-American population in the region was underway.

But Mangum’s work appears to show that he was a photographer who dismissed this widespread prejudice.

“Hugh Mangum created an environment that was respectful and very often playful in which people could genuinely reveal themselves – men and women, rich and poor, black and white,” says Sarah Stacke, who has curated an exhibition of the photographer’s work. 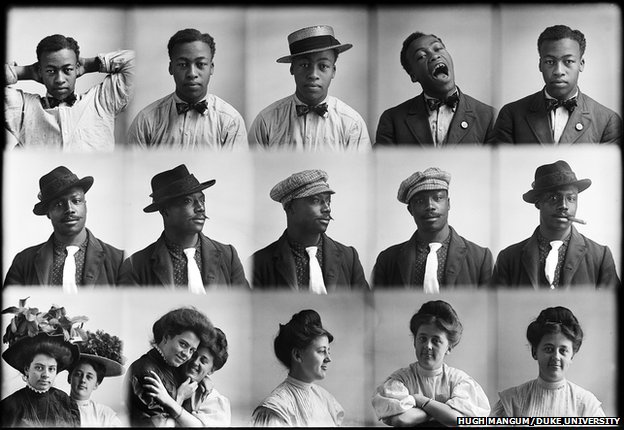 So was it uncommon at that time to take pictures of such a diverse range of people?

“Within portraiture, I think he’s unique for having a completely open studio, for the number of pictures that he took and for the fact that he travelled across states,” says Lisa McCarty, Curator at Duke University’s David M. Rubenstein Rare Book & Manuscript Library.
“It really is a unique record of citizens from this region.”

His photographs are not only unusual for the diverse range of people in them but also because more than a few of his subjects seem to be enjoying themselves.

“Often at the end of a sequence of pictures, you see people smiling, laughing, throwing their heads back,” explains McCarty. “These comfortable and candid poses were a real hallmark of Mangum’s style.”
“To see people smiling in the way that you see in Hugh Mangum’s pictures and just having fun – that is incredibly rare for the time,” says Stacke.

It’s not clear if Mangum took these photographs for any political purpose or if he was hoping the images would send a message to those in power who were pushing the segregationist agenda. But photography was being used as a tool for change at that time. 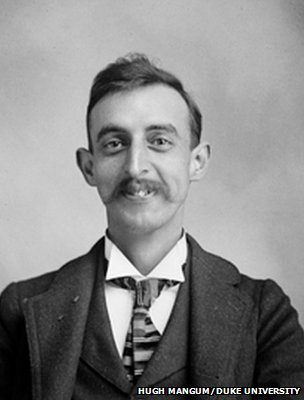 “African-Americans were really harnessing the power of photography to challenge racial ideas and they were using the images to visually create and celebrate black identity,” says Stacke.

African-Americans in Mangum’s home state of North Carolina were the target of serious discrimination, as they were in other parts of the South. But the town of Durham, where he was born and raised, had an “unusually prosperous black community” says Stacke, with some African-American entrepreneurs owning thriving businesses there. 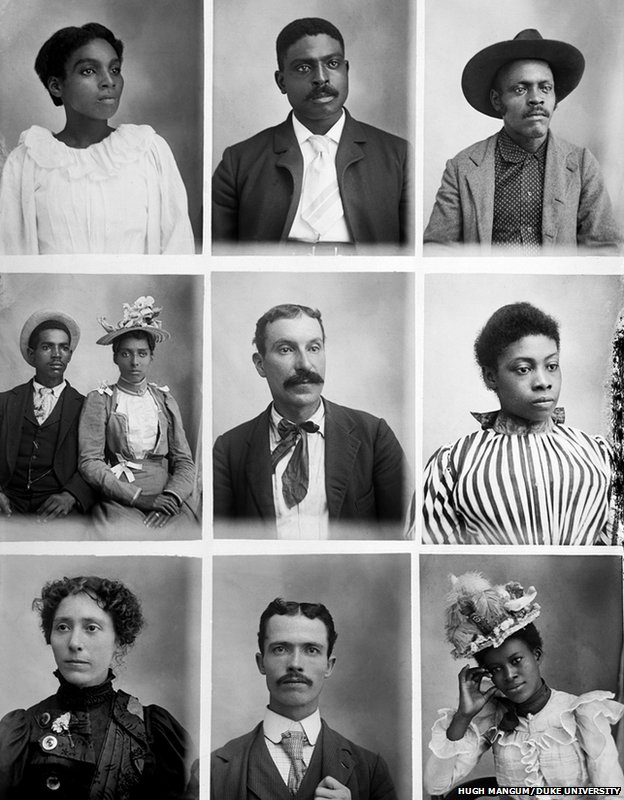 Growing up in the relative openness of Durham may have had some part to play in the diversity seen in Mangum’s photographs – and it is likely he took some of this influence with him as he travelled to other parts of the country.

On his travels, Mangum used a Penny Picture Camera which allowed individual sections of a glass plate negative to be exposed at different times. The use of a single negative for multiple photographs meant he could keep his costs down and make portrait photography affordable for those who were less well off. 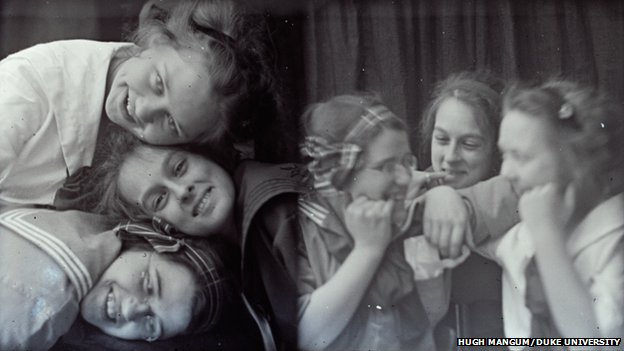 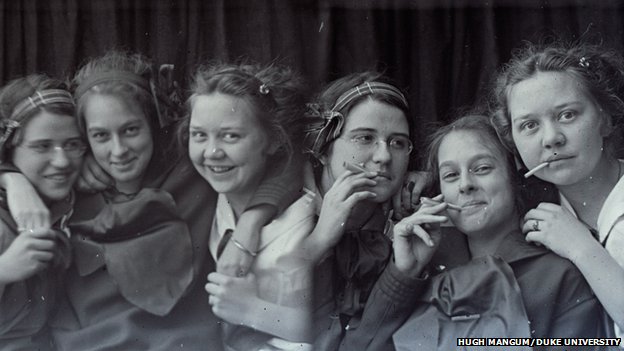 The layout of the images on Mangum’s negatives show the sequence in which the photographs were taken and therefore reveal the order that people entered his studio.

“We see the pictures of these people side by side in the photographic sense. But I also think many would have been next to each other physically in the studio,” says Stacke. “It was a revolving door of diversity.” 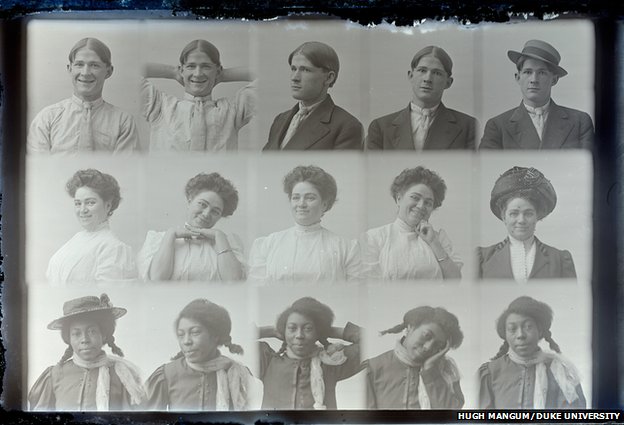 Mangum’s photographs are seen as an important snapshot of those who lived during this turbulent period of America’s history – but they were very nearly lost.

He built his first darkroom in a tobacco pack house – a wooden structure used for drying tobacco – just outside Durham. It’s where he stored many of his negatives when he returned from his trips.

They remained there for decades, even when the pack house was turned into a barn. Many of the glass plate negatives were destroyed through neglect or by kids throwing them out of the pack house window trying to hit a nearby tree. Of those that were found, a good number of them were covered in hay and chicken droppings, says Stacke.

Nearly 700 negatives were eventually rescued from the chickens and boisterous children and are now stored at the Duke University archives.

Mangum the man has been described as charming and sensitive, with a great sense of humour. Letters now owned by his granddaughter show him to have had an outgoing personality and an ability to converse with all types of people. She notes that he loved taking pictures of anyone and anything and also turned the camera on himself now and again. 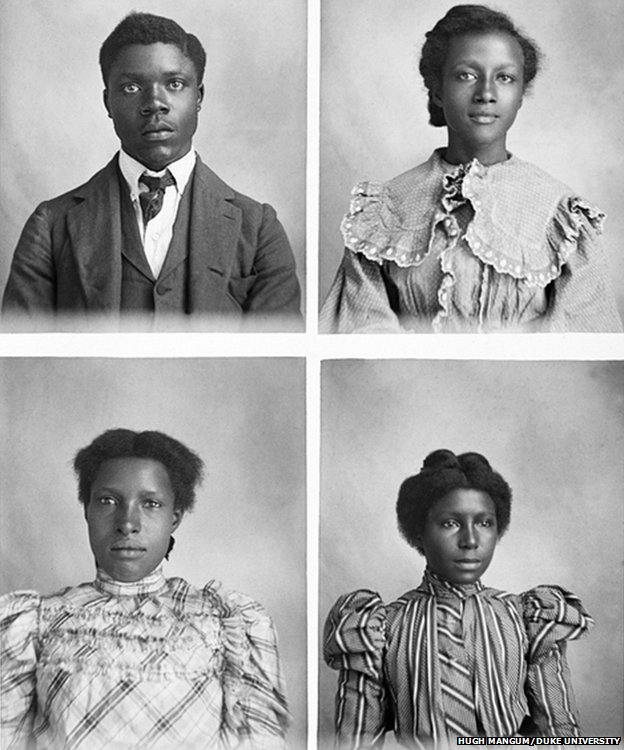 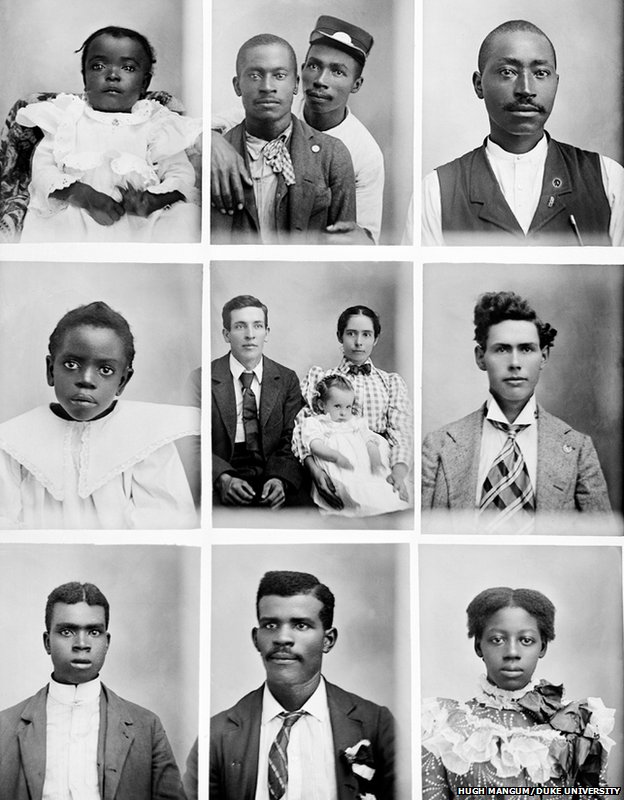 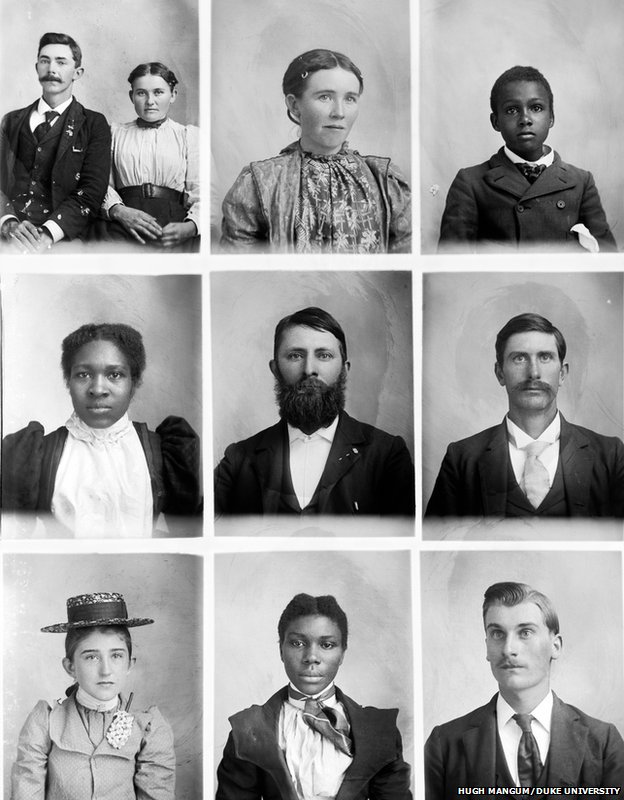 The identities of most of the people in Mangum’s photographs remain unknown but the hope is that some of these images would have been handed down through generations and people will recognise them. “The archive really creates an overall portrait of the time,” says Stacke. “But at heart, it’s really a collection of individuals and I think naming them would help us hear their stories and honour them.”

Mangum’s granddaughter Martha is also keen to know more about the people who sat in her grandfather’s studio.

“While looking at the photos, I feel proud, sad, and frustrated… I wonder who the people are, how they lived and worked and were they happy? We will probably never know the answers for most of these photographs.” 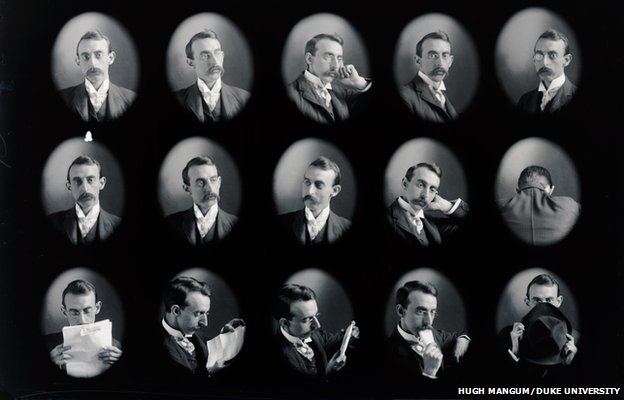 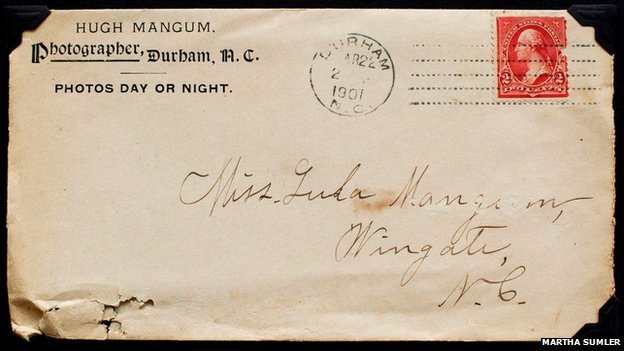 Ex-KKK Leader Was caught with black male prostitute: Given new identity by Feds