An ancient skull unearthed in Laos has reset the clock of human migration to southern Asia back 20,000 years.

The skull, found in a cave in the Annamite mountains, has been dated to between 46,000 and 63,000 years old – and appears to be the remains of an anatomically modern human being.

The discovery suggests that the first modern humans to leave Africa spread around the world much earlier than was previously thought. 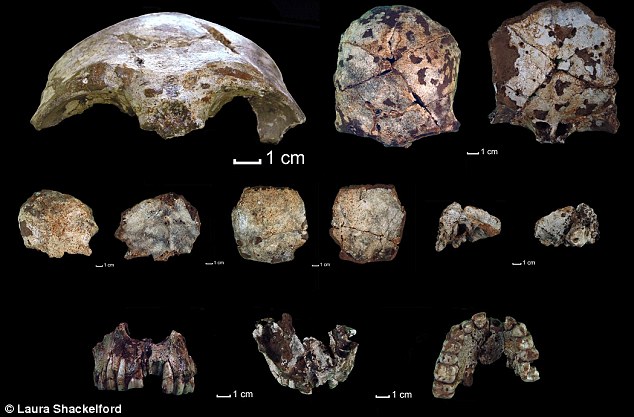 Skull from the mists of time: The researchers studied the fragments, including recognisable teeth and cranium, which date to 63,000 years ago

Laos, with a population of just under seven million, is bordered by Burma and China to the north, Vietnam to the east, Thailand to the west and Cambodia to the south.

‘There are other modern human fossils in China or in island south-east Asia that may be around the same age, but they either are not well dated or they do not show definitively modern human features.

‘Given its age, fossils in this vicinity could be direct ancestors of the first migrants to Australia.

The fossil, discovered in 2009, is described today in the journal Proceedings of the National Academy of Sciences.

Dr Shackelford said it showed that early modern humans migrating out of Africa did not simply follow the coast to the islands of south-east Asia and Australia, as some experts believe. They also travelled northwards into very different types of terrain. 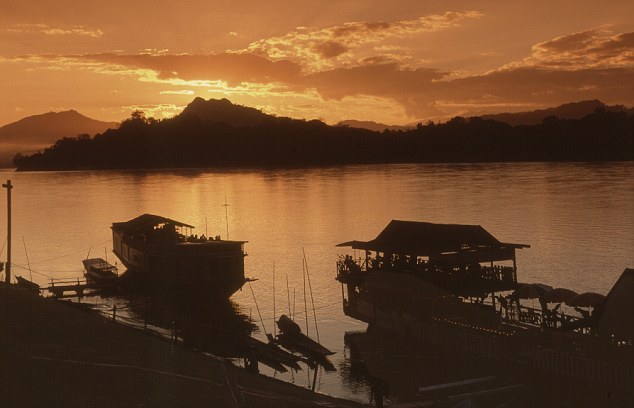 The River Mekong in Luang Prabang, Laos: A human skull found in the Annamite Mountains appears to be the earliest ‘modern’ skull discovered

Experts believe the ancestors of people alive today either evolved in Africa and then colonised the world, or evolved in different locations across the globe. Most support the ‘out-of-Africa’ theory.

‘This find supports the ‘out-of-Africa’ theory of modern human origins rather than a multi-regionalism model,’ said Dr Shackelford.

She added that the find supported genetic studies suggesting that modern humans occupied the region at least 60,000 years ago.

Geochronologist Kira Westaway, from the Macquarie University in Sydney, who helped study the skull, said: ‘We’re looking at fully modern people with no archaic traits at all – that’s what’s so exciting.’

Laos traces its history to the kingdom of Lan Xang which existed from the 14th to the 18th century when it split into three separate kingdoms.

Video: Man follows hit and run drunk driver to his home and makes him return to crime scene