C. Maxille Moultrie smiled when asked why, after a 50-year Greek presence at Minnesota State University, it took until now for a culturally based fraternity to be established.
There’s been interest for quite some time, said Moultrie, director for the Center for African American Affairs and staff adviser to the Theta Theta chapter of Iota Phi Theta, a predominately African-American fraternity that recently launched at MSU.
“The efforts to do this have been going on for a long time,” Moultrie said.
In 1999, Moultrie expressed interest in trying to bring one of the “Divine 9” to campus. Nine predominantly African-American fraternities and sororities make up the National Pan-Hellenic Council, and Iota Phi Theta Fraternity Inc. is one of them. 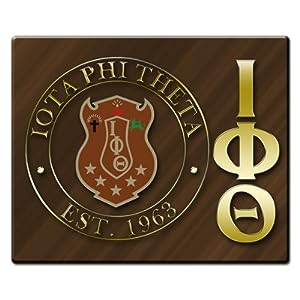 But even just 15 years ago campus was a different place. Diversity was certainly encouraged, but there wasn’t the driving force there is now to make things happen or “put your money where your mouth is,” Moultrie said. And there wasn’t enough interest to get a culturally based fraternity off the ground, he said.
“It just didn’t sync,” Moultrie said. “… Timing is everything.”
The combined successful efforts of Tyrone Carter, James Gregory, Tibyus Hill, Maurice Smith Jr. and Darone Spears are proof that times have changed on campus.
Beginning about 18 months ago, the group — previously known as Brothers With a Purpose — have gone from a “clique to a club to a fraternity,” they said.
Several of the men had looked into perhaps joining existing fraternities on campus. Some of them had family members who were fraternity or sorority members, which inspired them to become a part of Greek life at MSU.
John Bulcock, assistant director of student activities for Greek life at MSU, was approached by the men and presented them with options for starting a new fraternity. Beginning a National Pan-Hellenic Council fraternity seemed like the best fit, they said.
Bulcock said one of the first questions the students had was, “Does this mean we can only recruit black people?’” No, he said. The fraternity can recruit students of all races, which the students were glad to learn; they did not want to be exclusive based on race.
Smith Jr. was one who had done his homework when researching other fraternity options. When he learned about the effort to begin Theta Theta, the diversity aspect played a minor role, he said, but he was more interested in helping to carve a path.
The motto for the fraternity is “Building a tradition and not resting upon one,” which is also a big part of what drew in Carter, he said.
“I chose Iota Phi Theta because they want to start something new,” Smith Jr. said.  “It was also about brotherhood.”
Iota Phi Theta is an international social service fraternity with membership in the North-American Interfraternity Conference and the National Pan-Hellenic Council.
The MSU chapter, nicknamed “The Iotas,” was granted a charter by the International Board of Directors in March. Full recognition was granted by MSU’s Interfraternity Council this month, making the fraternity the first culturally based Greek lettered organization to have an official presence on campus.
“It’s been a long, hard road,” Moultrie said. “To say what I shared with them a week ago, ‘I’m glad you’re here. I’m proud of you.’”
All undergraduate chapters of Iota Phi Theta work with a graduate chapter. The MSU chapter is being mentored by the Gamma Theta Omega chapter in the Twin Cities.
As The Iotas gain their footing this year, they will begin planning community service activities. The five current members hope to build a solid foundation for the fraternity in the next few months and recruit new members this fall.
Moultrie, a member of Omega Psi Phi Fraternity Inc., and Bulcock said fraternities help provide a “family away from home” for many students. And they also help with student retention.
About 400 students make up the 13 fraternities and sororities at MSU, and their core values are leadership, scholarship, philanthropy and friendship.