Islamist fighters with ties to Al Qaeda have destroyed tombs at a Unesco World Heritage site in Timbuktu. 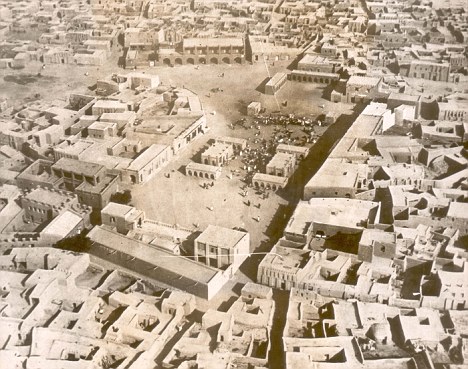 Timbuktu: A view of the famous African city as seen from an aeroplane (file picture) 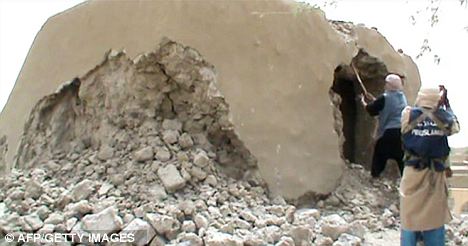 Desecration: A still from a video shows Islamist militants destroying an ancient shrine in Timbuktu 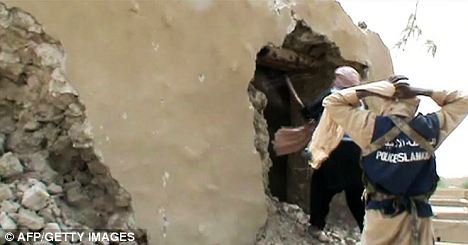 Religious hate: The salafist Ansar Dine group considers the shrines of the local Sufi version of Islam in Timbuktu to be idolatrous

Ansar Dine claimed it now controls the northern half of Mali after driving out an ethnic Tuareg separatist group. This follows a power vacuum created by a March coup in the capital of the landlocked West African nation.

The salafist Ansar Dine considers the shrines of the local Sufi version of Islam in Timbuktu to be idolatrous.

The UN Educational, Scientific and Cultural Organisation called for a halt to ‘these terrible and irreversible acts’.

Irina Bokova, who heads the U.N. Educational, Scientific and Cultural Organization, said the centuries-old Muslim mausoleums of Sidi Mahmoud, Sidi, Moctar and Alpha Moya in Mali have been destroyed. 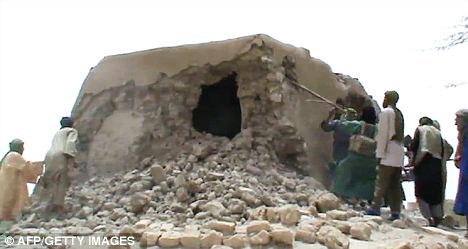 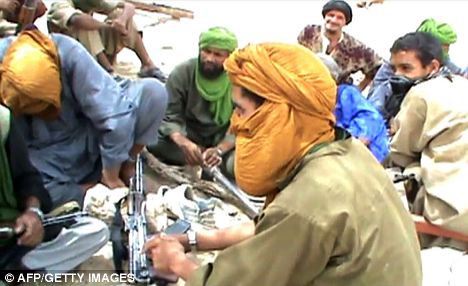 Insurgency: Ansar Dine claimed it now controls the northern half of Mali after driving out an ethnic Tuareg separatist group 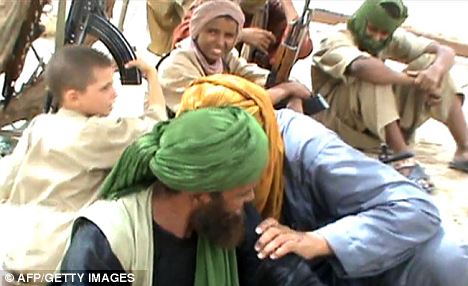 Gloating: Islamist militants – child soldiers among them – sit on the ground with their weapons after destroying an ancient shrine

Resident Ali Yattara said that the Islamists began attacking the saints’ tombs with shovels. He says they said they were responding to UNESCO’s request on Thursday that the sites be put on the organization’s ‘in danger’ list.

‘The youth of Timbuktu is preparing to retaliate against the desecration of the graves of our saint.

‘Against the Islamists’ weapons, we will fight with sticks and stones.’

The U.N. cultural agency called for an immediate halt to the destruction of the three sacred Muslim tombs.

Bokova called on ‘all parties engaged in the conflict to stop these terrible and irreversible acts.’ 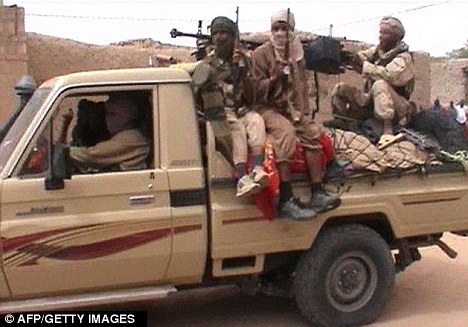 Overrun: A pick up truck carrying fighters of the Islamist group Ansar Dine drive through Timbuktu during troubles last month 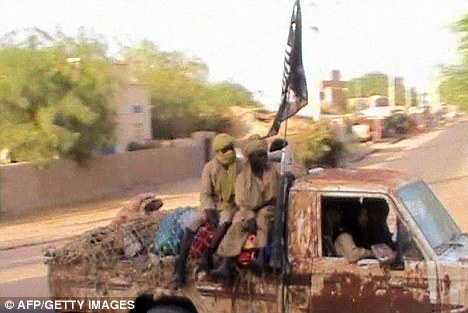 Insurgents declare independence: A pick up truck with the Salafist flag, carrying supporters of the Islamist group Ansar Din

On Thursday, Unesco’s World Heritage Committee, meeting in St. Petersburg, Russia, placed the mausoleums of Muslim saints on its list of sites in danger at the request of Mali’s government.

Timbuktu was a centre of Islamic learning as far back as the 12th century.

Islamist fighters from the Ansar Dine group have declared that they now control the northern half of Mali after driving out an ethnic Tuareg separatist group. The rebel groups took advantage of a power vacuum created by a March coup in the capital to seize ground in the north.

The Islamists’ growing reach is more worrying news for the landlocked West African nation of 15.4 million, which was plunged into chaos after the coup.

Africa: Ep 1 – Different But Equal (A european historian teaches about the greatness of African civilization)