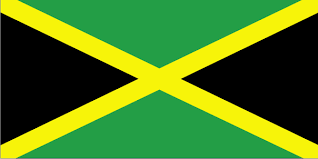 KINGSTON, Jamaica (JIS) — Jamaica’s Minister of Youth and Culture, Lisa Hanna, has announced that a submission for a new Reparations Commission has been made to Cabinet.

She was contributing to a debate in the House of Representatives on Tuesday on a private members motion brought by Member of Parliament for Central Clarendon, Mike Henry, regarding reparations for slavery.

Hanna explained that the new Reparations Committee will complete the work done by the previous team, which was led by the late Professor Barry Chevannes. The Commission’s work ceased in February 2010 due to financial constraints.

The work still to be done includes: continuation of public sittings in all parishes; research to document all past occurrences of reparations; tracing the social and economic effects of slavery, including the economic impact on the United Kingdom, and analysis of existing research.

The private members motion recommended that a vote be taken, acknowledging that reparation is due to the countries of the displaced descendants of the African peoples, and that the government of Jamaica has the right to pursue such claims from Britain on behalf of all citizens of Jamaica.

It also noted that Britain should be called upon to provide compensation by way of cash and/or debt relief and that government accommodate any citizen wishing to repatriate to Liberia in accordance with the 1948 Resolution of the Lower House, and that the compensation to be made by Britain, should be equivalent to that paid out to former slave owners.

Hanna said that for the government to make a decision, it will need the report of the commission. “This House will not be in the position to make the kind of decisions being recommended, including taking the necessary vote, without the report of the consultations with the wider constituency of the Jamaica citizenry as well as the information that we will need from the Reparations Committee,” she said.

The minister requested that Henry await the deliberations and reports of the new commission at which point she will be in a position to make pronouncement on the matter.

Debate on the motion was suspended until the next sitting of the House of Representatives.