By BRUCE WEBER
Published: March 1, 2013
Dr. Jane C. Wright, a pioneering oncologist who helped elevate chemotherapy from a last resort for cancer patients to an often viable treatment option, died on Feb. 19 at her home in Guttenberg, N.J. She was 93.
Her death was confirmed by her daughter Jane Jones, who said her mother had dementia.
Dr. Wright descended from a distinguished medical family that defied racial barriers in a profession long dominated by white men. Her father, Dr. Louis T. Wright, was among the first blacks to graduate from Harvard Medical School and was reported to be the first black doctor appointed to the staff of a New York City hospital. His father was an early graduate of what became the Meharry Medical College, the first medical school in the South for African-Americans, founded in Nashville in 1876. 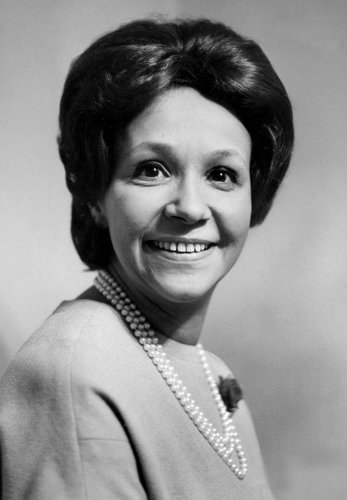 Dr. Jane Wright began her career as a researcher working alongside her father at a cancer center he established at Harlem Hospital in New York.
Together, they and others studied the effects of a variety of drugs on tumors, experimented with chemotherapeutic agents on leukemia in mice and eventually treated patients, with some success, with new anticancer drugs, including triethylene melamine.
After her father died in 1952, Dr. Wright took over as director of the center, which was known as the Harlem Hospital Cancer Research Foundation. In 1955, she joined the faculty of the New York University Medical Center as director of cancer research, where her work focused on correlating the responses of tissue cultures to anticancer drugs with the responses of patients.
In 1964, working as part of a team at the N.Y.U. School of Medicine, Dr. Wright developed a nonsurgical method, using a catheter system, to deliver heavy doses of anticancer drugs to previously hard-to-reach tumor areas in the kidneys, spleen and elsewhere.
That same year, Dr. Wright was the only woman among seven physicians who, recognizing the unique needs of doctors caring for cancer patients, founded the American Society of Clinical Oncologists, known as ASCO. She was also appointed by President Lyndon B. Johnson to the President’s Commission on Heart Disease, Cancer and Stroke, led by the heart surgeon Dr. Michael E. DeBakey. Its recommendations emphasized better communication among doctors, hospitals and research institutions and resulted in a national network of treatment centers.
In 1967, Dr. Wright became head of the chemotherapy department and associate dean at New York Medical College. News reports at the time said it was the first time a black woman had held so high a post at an American medical school.
“Not only was her work scientific, but it was visionary for the whole science of oncology,” Dr. Sandra Swain, the current president of ASCO, said in a telephone interview. “She was part of the group that first realized we needed a separate organization to deal with the providers who care for cancer patients. But beyond that it’s amazing to me that a black woman, in her day and age, was able to do what she did.”
Jane Cooke Wright was born in Manhattan on Nov. 30, 1919. Her mother, the former Corinne Cooke, was a substitute teacher in the New York City schools.
Ms. Wright attended the Ethical Culture school in Manhattan and the Fieldston School in the Bronx (now collectively known Ethical Culture Fieldston School) and graduated from Smith College, where she studied art before turning to medicine. She received a full scholarship to New York Medical College, earning her medical degree in 1945. Before beginning research with her father, she worked as a doctor in the city schools.
Dr. Wright’s marriage, in 1947, to David D. Jones, a lawyer, ended with his death in 1976. She is survived by their two daughters, Jane and Alison Jones, and a sister, Barbara Wright Pierce, who is also a doctor.
As both a student and a doctor, Dr. Wright said in interviews, she was always aware that as a black woman she was an unusual presence in medical institutions. But she never felt she was a victim of racial prejudice, she said.
“I know I’m a member of two minority groups,” she said in an interview with The New York Post in 1967, “but I don’t think of myself that way. Sure, a woman has to try twice as hard. But — racial prejudice? I’ve met very little of it.”
She added, “It could be I met it — and wasn’t intelligent enough to recognize it.”