CHARLOTTESVILLE, Va.-THE opposition by the New York State chapter of the N.A.A.C.P. to Mayor Michael R. Bloomberg’s restrictions on sugary soda caught many Americans by surprise. But it shouldn’t: though the organization argues it is standing up for consumer choice and minority business owners, who it claims would be hurt, this is also a favor for a stalwart ally — Coca-Cola alone has given generously to support N.A.A.C.P. initiatives over the years.

This is more than a story of mutual back-scratching, though. It is the latest episode in the long and often fractious history of soft drinks, prohibition laws and race.

While it is widely known that John Pemberton, an Atlanta pharmacist, invented Coke as a kind of patent medicine, it was in fact his second drink. His first, an 1884 invention called French Wine Coca, was a copy of a popular French wine that contained cocaine. But in November 1885, just as the product began to sell, Atlanta outlawed alcohol sales.

Across the nation, support for prohibition was often tied to the desire by native whites to control European Catholics, American Indians, Asian-Americans and, especially in the South, African-Americans. It gave police officers an excuse to arrest African-Americans on the pretext of intoxication. 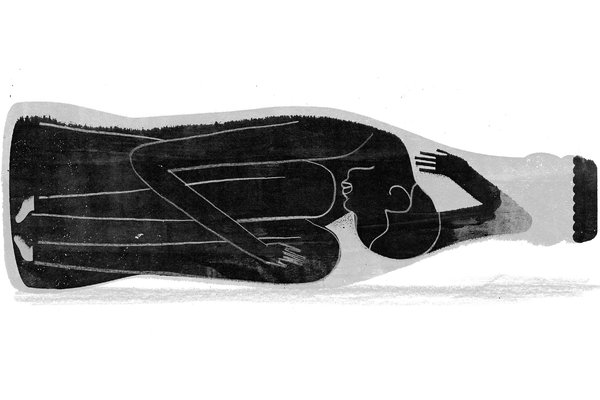 Pemberton went to work on a “temperance drink” with the same “medicinal” effects, and he introduced Coca-Cola in 1886. At the time, the soda fountains of Atlanta pharmacies had become fashionable gathering places for middle-class whites as an alternative to bars. Mixed with soda water, the drink quickly caught on as an “intellectual beverage” among well-off whites.

Eliminating alcohol granted only a temporary reprieve. Though Asa G. Candler, who had taken over the business, kept the formula secret, an Atlanta paper revealed in 1891 what many consumers — who called the soda “dope” — already knew: Coca-Cola contained cocaine.

Candler began marketing the drink as “refreshing” rather than medicinal, and managed to survive the controversy. But concerns exploded again after the company pioneered its distinctive glass bottles in 1899, which moved Coke out of the segregated spaces of the soda fountain. Anyone with a nickel, black or white, could now drink the cocaine-infused beverage. Middle-class whites worried that soft drinks were contributing to what they saw as exploding cocaine use among African-Americans. Southern newspapers reported that “negro cocaine fiends” were raping white women, the police powerless to stop them. By 1903, Candler had bowed to white fears (and a wave of anti-narcotics legislation), removing the cocaine and adding more sugar and caffeine.

Coke’s recipe wasn’t the only thing influenced by white supremacy: through the 1920s and ’30s, it studiously ignored the African-American market. Promotional material appeared in segregated locations that served both races, but rarely in those that catered to African-Americans alone.

Meanwhile Pepsi, the country’s second largest soft drink company, had tried to fight Coke by selling its sweeter product in a larger bottle for the same price. Still behind in 1940, Pepsi’s liberal chief executive, Walter S. Mack, tried a new approach: he hired a team of 12 African-American men to create a “negro markets” department.

The campaign was so successful that many Americans began using a racial epithet to describe Pepsi. By 1950, fearing a backlash by white consumers, Pepsi had killed the program, but the image of Coke and Pepsi as “white” and “black” drinks lingered.

Not long after, perhaps seeing the business error of its ways, Coke quietly began to market to African-Americans. Eventually, part of Coke’s strategy was to support African-American organizations, forming the basis of its relationship with the N.A.A.C.P.

The historical weight of that relationship came to the surface after a 1999 discrimination case brought by black Coke employees, which created bad press for the company around the world. In 2000, Coke agreed to a settlement for $156 million and made a $50 million donation to the Coca-Cola Foundation to support community programs.

It took time, but the new tack worked: today the racial line between the soda companies, even in the South, is a dim memory, and the soft-drink industry is on good terms with one of its largest demographic markets: African-Americans.

Of course, the New York State N.A.A.C.P. may have a legitimate complaint against the soda restriction as a threat to minority business. And it may be fair to see the proposal, as some observers have intimated, as an instance of middle-class whites trying to control the behavior of working-class minorities — just as they did under Prohibition. But to understand the real story behind this unexpected alliance, we first have to understand its tangled history.

Grace Elizabeth Hale, a professor of history and American studies at the University of Virginia, is the author, most recently, of “A Nation of Outsiders: How the White Middle Class Fell in Love With Rebellion in Postwar America.”