It could have been the most controversial point of an action packed live 30 Rock show which featured appearances from Paul McCartney, Kim Kardashian and Danny Glover.

But despite his afro wig, dungarees and burnt cork-face, Jon Hamm managed to pull in a few laughs in a sketch which poked fun at 1950s American racial stereotypes last night.

The Mad Men actor appeared alongside a scornful Tracy Morgan in the flashback scene in a spoof of 1950s U.S. comedy Amos ‘n’ Andy. 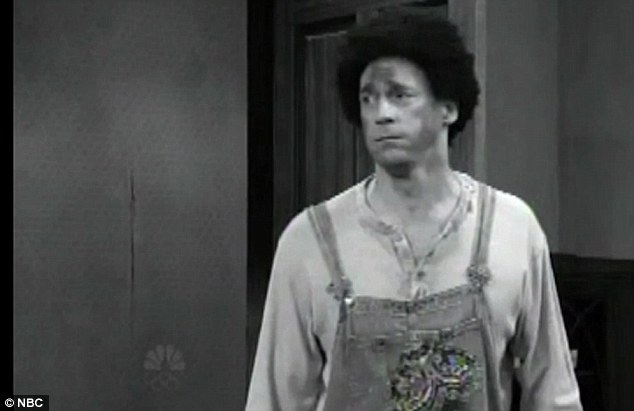 Poking fun: Jon Hamm appeared in an afro wig and ‘black face’ as ‘Amos’ in a parody of a 1950s sitcom on last night’s live edition of 30 Rock

Hamm strode in wearing scruffy dungarees over a baggy shirt, appearing as Morgan’s brother in a flashback which was introduced by NBC page Kenneth, played by Jack McBrayer.

‘NBC had the first two black characters on TV,’ he told the assembled writers as he tried to convince them of the merits of live television.

‘NBC hired one Caucasian because they thought that two black people on the one show would make the audience nervous, he added before the flashback sequence came up. 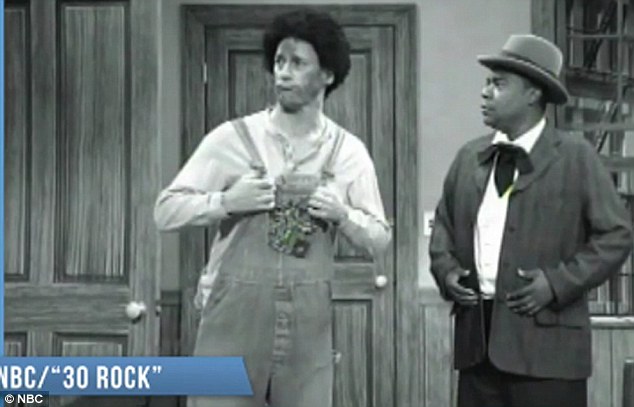 Unimpressed: Tracy Morgan appeared alongside Hamm, playing his ‘brother’ in the controversial sketch 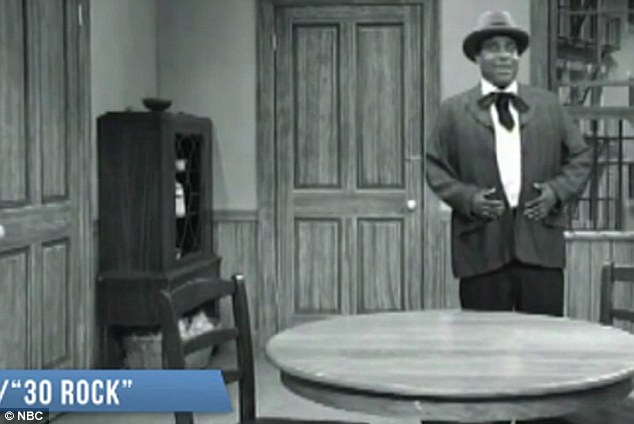 Wearing a hat and suit, Morgan launched into the line: ‘I’m home from work. Where are you my brother?’

But one look at Hamm’s controversial get-up, a furious Morgan strode off saying: ‘Hell no, I’m not doing this.’

In a flash back to the present, Kenneth then continued: ‘They received a lot of complaints that the show wasn’t long enough so them forced them to honour their contract.’ 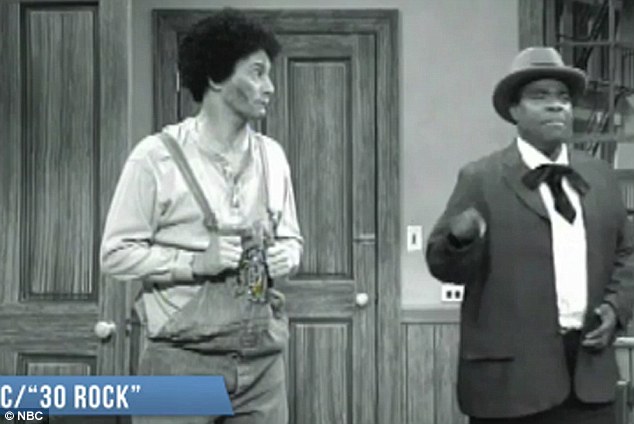 Not doing this: Tracy is outraged at Hamm’s appearance in the sketch and storms off stage 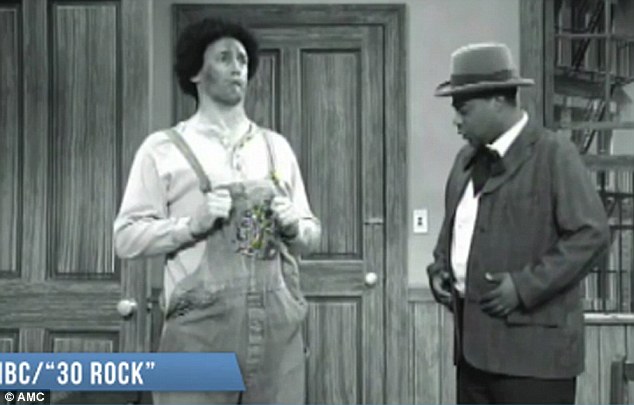 Hamming it up: The Mad Men star’s guest appearance last night was a departure from his usual suited appearance in the hit drama series

A second sketch then showed Hamm ‘hamming it up’ with a southern accent and holding a fish, declaring: ‘I just stoned this catfish.’

Morgan responded: ‘Stop talking like that,’ but Hamm paid no attention, declaring: ‘Zippidedoodoo.’

This led the enraged Morgan to attack Hamm with a chair. ‘I’m killing you, you ignorant…’