FERRIDAY, La. — In the spring of 1965, the Federal Bureau of Investigation in Washington received a letter from Concordia Parish in northeastern Louisiana. Addressed to the bureau’s director, J. Edgar Hoover, the letter pleaded for justice in the killing of a well-respected black merchant.
A few months earlier, the businessman, Frank Morris, had come upon two white men early one morning at the front of his shoe-repair shop, one pointing a shotgun at him, the other holding a canister of gas. A match was ignited, a conflagration begun, and Morris died four days later of his burns without naming the men, perhaps fearing retribution against his family.
The letter expressed grave concern that the crime would go unpunished because the local police were probably complicit. “Your office is our only hope so don’t fail us,” it concluded. It was signed:
“Yours truly, The Colored People of Concordia Parish.” 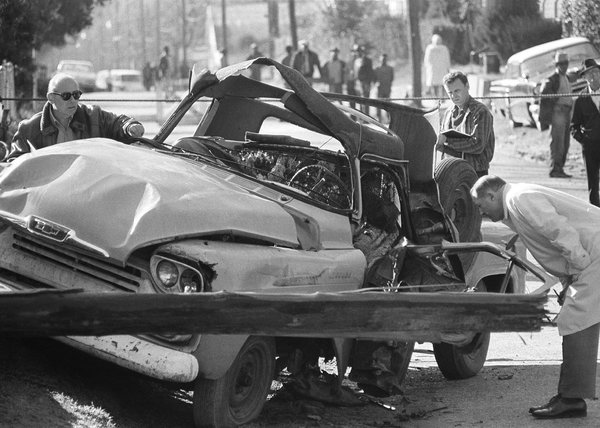 Associated Press: NATCHEZ, MISS., FEB. 28, 1967 The scene at a car bombing that killed Wharlest Jackson, one of many racially motivated and unsolved crimes from the era.

Nearly five decades later, the Justice Department has written back — not directly to the family of Mr. Morris or to the black community of Concordia Parish, but to dozens of other families who lost loved ones during this country’s tumultuous and violent civil rights era.
Several years ago, the F.B.I. began reopening cold cases from that era — 112 at last count — raising hopes among some for justice. In all but about 20, though, the families of the long dead have received letters, often hand-delivered by F.B.I. agents, that say their cases have been closed, there is nothing more to be done — and please accept our condolences.
Simultaneously intimate and bureaucratic, these letters serve as epistolary echoes of an increasingly distant time. To some, they reflect the elusiveness of resolution in cases decades old; to others, they represent another missed opportunity for a full accounting of what happened, and why.
Grace Hall Miller, a retired school board member in Newton, Ga., received one of these letters two years ago. It recounted a day in March 1965 that she hardly could have forgotten, when a man named Cal Hall Jr. fatally shot her husband, Hosie Miller, a farmer and church deacon, in a dispute over cows. Mr. Hall, who was white, shot Mr. Miller, who was black, in the back.
The letter recalled the notorious travel of the case, from repeated failures by grand juries to indict Mr. Hall to a “disproportionately white” jury’s finding against the Miller family in a wrongful-death lawsuit. It also summed up what the F.B.I. had done after reopening the case: interviews with Ms. Miller and a family friend, a check with the local sheriff’s office, and a search of county death records.
“After careful review of this incident, we have concluded that the now deceased Cal Hall Jr. acted alone when he shot and killed your husband, and therefore, we have no choice but to close our investigation,” the letter said. “We regret that we cannot be of further assistance to you. Again, please accept our sincere condolences for the loss of your husband” — a man who had died nearly a half-century earlier. 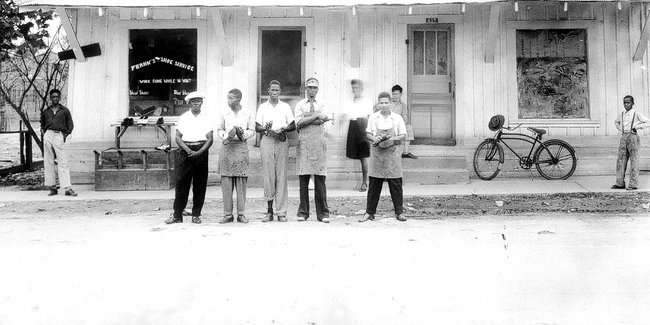 Courtesy of Concordia Sentinel—-STILL OPEN Frank Morris, wearing a visor at center, suffered fatal burns when his shoe-repair shop in Ferriday, La., was set on fire in 1964. No one has ever been prosecuted for his death.

Ms. Miller, now 80, said that she had placed judgment in God’s hands long ago, and could not understand why the F.B.I. had reopened the case to give it only a cursory review. “I guess they were just trying to make a show,” she said.
One of Ms. Miller’s daughters is Shirley Sherrod, who was forced to resign from her job with the federal Agriculture Department in 2010 after a conservative blogger edited a video of a public appearance to make her appear racist. The White House later apologized, and she was offered a new job.
“It’s very unsatisfying,” said Ms. Sherrod, one of six children. “Even after all these years, the system wouldn’t do anything. We didn’t get justice.”
Adam S. Lee, the chief of the F.B.I. section overseeing civil rights, said that the bureau had been rigorous in pursuing these cold cases, following any evidence that might lead to prosecutions. But, he added, “That doesn’t bring the emotional closure that the public wants, or needs, in cases like this.”
Unsolved Crimes
In 2006, the F.B.I. began a cold-case initiative that it described as a comprehensive effort to investigate racially motivated murders from the civil rights era. That effort became a mandate two years later when Congress passed the Emmett Till Unsolved Civil Rights Crime Act, named after the 14-year-old black boy who was tortured and killed in Mississippi in 1955, for supposedly flirting with a white woman.
From the outset, the government cited the formidable challenges it faced: the limited federal jurisdiction in some cases, the statute of limitations in others, and, of course, time’s passage. Suspects and witnesses die. Evidence is lost. Memories dull. 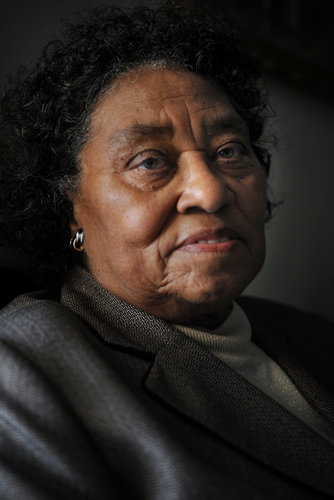 Sarah Beth Glicksteen for The New York Times—-CLOSED Grace Hall Miller, 80, was widowed in 1965 when her husband, Hosie Miller, was shot by a white farmer, who was never punished.

Champions of the cold-case initiative debated its primary purpose. Was it justice, which would mean chasing those few cases with the highest likelihood of prosecution? Or was it truth, which would mean pursuing the facts in scores of cases, no matter that the principal players might be dead?

“Truth was the more realistic goal,” said Alvin Sykes, a human rights worker and an early champion of what became the Till Act, who envisioned a broad, aggressive effort to identify and investigate old civil rights cases. But he lowered his expectations, he said, once the narrower scope of the initiative became clear.

The law authorized tens of millions of dollars for the project, but so far only $2.8 million has come through. In addition, some critics say that the expansive list of cases compiled by the F.B.I. — ranging from the well known to the more obscure, culled from old news clippings — resulted in the quick closing of most cases and the draining of resources from the few cases in which a prosecution might have been achieved.

Richard Cohen, the president of the Southern Poverty Law Center, which provided the F.B.I. with some possible cases, recalled some unease at the time about publicizing so many cases with very low chances of resolution. “I was worried about giving people false hope,” he said.

Families who held out hope for prosecution have been disappointed. In a report to Congress in October, the Justice Department acknowledged the low yield from what it always considered to be long-shot efforts to develop cases worthy of prosecution.

The report said the F.B.I.’s cold-case initiative had resulted in one successful federal prosecution, of James Ford Seale, who was convicted in 2007 in connection with the deaths of two young black men in 1964. It also said the F.B.I. had assisted in the 2010 state prosecution of a former Alabama trooper, James Bonard Fowler, in the shooting death of Jimmie Lee Jackson, a 26-year-old civil rights marcher who died after a confrontation with the police in 1965.

Left unsaid in the report was that these prosecutions were prompted in large part by the work of investigative journalists like Jerry Mitchell of The Clarion-Ledger in Jackson, Miss., John Fleming of the The Anniston Star in Alabama, and David Ridgen, a Canadian documentary filmmaker.

Also left unsaid was how the Justice Department’s approach and commitment to the endeavor have been questioned by some of those who have been toiling in the same troubled fields of history.

“That’s what we’ve been struggling with for the last six years,” said Janis L. McDonald, a law professor at Syracuse University and a co-director of the law school’s Cold Case Justice Initiative. “We’ve been asking for a regional task force, or for them to go out and say how many people really were killed. Neither has been the focus of the Justice Department.”

But F.B.I. officials said that in many cases people were interviewed, often repeatedly, during the original murder investigations. With memories fading as the decades pass, they said, those initial interviews often determine whom to interview or reinterview in the current investigation.

“I have not seen a perfunctory approach in any of these cases,” said Mr. Lee, the F.B.I. section chief.

Then there are the letters.

As the Justice Department closed cases, F.B.I. agents were sent to hand-deliver letters of explanation to the next of kin. Sometimes, relatives could not be found or simply “didn’t want to hear from us,” Mr. Lee said.

Copies of dozens of these letters were given to The New York Times by James Shelledy, a journalist in residence at the Manship School of Mass Communication at Louisiana State University, and a team of journalism students who have been working on a project involving unsolved killings from the civil rights era. They obtained the letters through the Freedom of Information Act.

Here is the case of Clinton Melton, a gas station attendant in Glendora, Miss., who found himself in a dispute with a customer, Elmer Otis Kimbell, over the amount of gas he had just pumped. Mr. Kimbell vowed to kill Mr. Melton, and did just that, shooting the unarmed Mr. Melton three times with a shotgun.