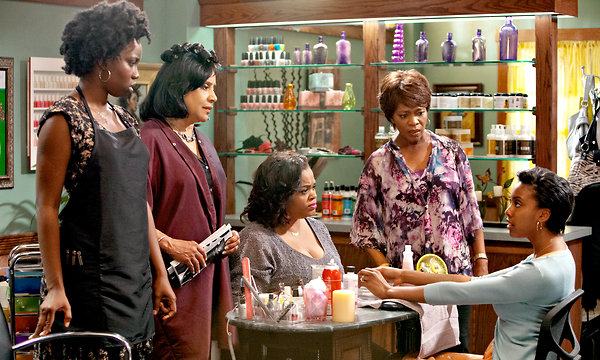 THE 1989 film “Steel Magnolias,” the story of small-town Louisianans negotiating life’s bumps and blessings, is a pop culture classic. A three-hanky comedy-drama, it is fondly remembered for female bonding and zippy one-liners about sanity, men and bitchiness. So Kenny Leon, the director known for spinning black stories into critical and commercial gold, was excited about an offer to direct a TV film version with black actresses, but wanted sound artistic reasons to tinker with the material.

The towering playwright, who died in 2005, and whose work Mr. Leon has widely produced and directed, told him that “cultural specificity is the best route to universal appeal,” Mr. Leon said. “I thought, well, I am certainly the No. 1 choice to direct that, because I have an understanding of the history of the play, I love that story and I can find a way of telling this with those African-American women.”

Easygoing and seemingly supremely confident, the 56-year-old director (once a People magazine “most beautiful”) was sipping water at a favorite Midtown restaurant as he talked about his career and making “Magnolias” — due next Sunday on Lifetime with Queen Latifah, Phylicia Rashad and Alfre Woodard in an ensemble cast — for a new generation. 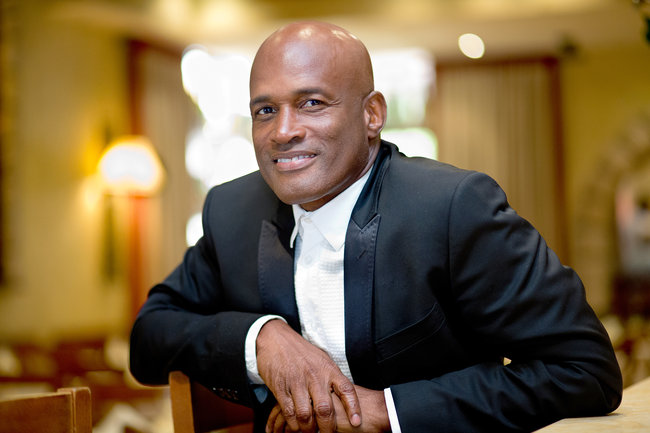 Kenny Leon, the Director of the new “Steel Magnolias.”

The first film, based on a 1987 play by Robert Harling, starred Julia Roberts as the feisty diabetic Shelby; Sally Field as her devoted mother, M’Lynn; and Dolly Parton as Truvy, the compassionate beauty shop owner. In Mr. Leon’s film, Condola Rashad is Shelby, Queen Latifah is M’Lynn and Jill Scott is Truvy. Rounding out the cast are Ms. Woodard as the acerbic Ouiser (pronounced Weeza, played by Shirley MacLaine in 1989), Phylicia Rashad as the elegant widow Clairee (Olympia Dukakis in 1989) andAdepero Oduye as Annelle, the awkward hairstylist (Daryl Hannah).

Mr. Leon knew the material: he had produced a mostly well-received, racially mixed stage version at True Colors, the nonprofit theater company he co-founded in Atlanta a decade ago. For the film, his ambition was to depict black culture in the same way the original was flecked with white Southern culture: “I asked, ‘What’s different about black weddings, black funerals, black beauty shops?’ ” He ended up using the wobble line dance  instead of country dancing in a wedding scene, for example, and, of course, when the characters do hair, they do black hair, in all its permutations. 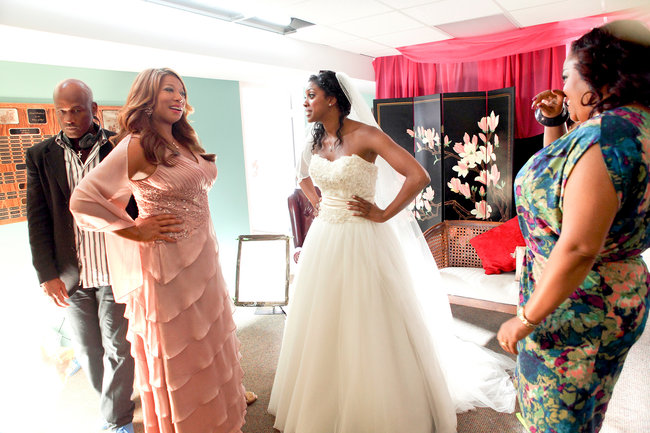 From left, Kenny Leon directing Queen Latifah, Condola Rashad and Jill Scott on the Atlanta set of “Steel Magnolias,” which reconfigures the 1989 film with an ensemble of black actresses.

Mr. Leon resisted watching the earlier film until his own was completed. The two, he said, are distinctly different takes on Mr. Harling’s story. The writer was not involved in this version, but it was his idea to freshen the film with a black cast, said the executive producers Craig Zadan and Neil Meron.

The play has been done with all kinds of casts, Mr. Harling said, and he recalled Mr. Leon’s multiethnic version when he came up with the idea of new casting. “I think it’s a beautifully acted, beautifully directed version of ‘Steel Magnolias,’ ” Mr. Harling said by phone after watching a rough cut.

The dialogue is pretty faithful to the original, though with tweaks throughout.

“The most important line in the story — and in my film I sort of pull it back to be the last words of the film — is, ‘I would rather have 30 minutes of wonderful than a lifetime of nothing special,’ ” Mr. Leon said. “That’s the universal story.”

The last few years have been a long stretch of such moments for Mr. Leon, from his Broadway debut in 2004 with a revival of “A Raisin in the Sun,” which won Tony awards for Phylicia Rashad and Audra McDonald (he later directed the television version), to his revival of Wilson’s “Fences” in 2010, which won Tonys for Denzel Washington and Viola Davis. At the Kennedy Center in 2008, he was the artistic director of a festival of Wilson’s 10-part play-cycle about African-American life. And earlier this year Mr. Leon married Jennifer Thompson, a documentary filmmaker.

He jokingly said he had been called “the Susan Lucci of Broadway” because although both revivals won acclaim in addition to the awards, he walked away empty-handed. He is not bothered, he said, and certainly has plenty of other accolades. “I am not trying to be seen,” he said, but rather strives to “let the story happen.”

“Kenny’s kind of at the epicenter of it all right now,” said Marion McClinton, a veteran director of Wilson’s work. “He’s a director Broadway feels comfortable with, and that’s no small feat. That’s harder than the work, because you’re dealing with money.”

He added: “ ‘Steel Magnolias’ had nothing to do with us, but he won’t pretend in this film the people aren’t black; it’s not colorblind casting. I think something about Kenny being from the South is important. For us, it’s the homeland.”

Queen Latifah, an executive producer of “Steel Magnolias,” described Mr. Leon as composed and funny during 18 days of shooting in Atlanta, with a deep understanding of characters.

“He’d pop into my trailer and talk about upcoming scenes,” she said. “It was important for us to live in those people, live in their homes. It had to feel very natural.”

Condola Rashad, Phylicia Rashad’s daughter, who has known Mr. Leon for years, said, “Instead of making too many comments, he’d say ‘O.K., you know where it needs to go,’ which means ‘Go further’ without saying ‘Go further.’ ”

Mr. Leon, the actresses said, can call for a prayer circle at rehearsals yet freely employ an obscenity. He was so poor as a child in Tallahassee, Fla., that he shared bathwater with his grandmother, who helped rear him and instilled in him the drive to sniff out inauthenticity as he plunged into his career, he said.

He started out as an actor, then realized he preferred being on the other side of the camera, although he still takes on some roles. He was the artistic director of the Alliance Theater in Atlanta from 1990 to 2001 before True Colors, which aims to preserve black classics and include work from other cultures.

He has created new audiences, said Mr. Jackson, the actor. They have been close since meeting in the ’70s; Mr. Jackson recalls meeting Mr. Leon when Mr. Jackson was a student at Morehouse and Mr. Leon at Clark Atlanta University. Mr. Leon’s vision for theater in which Sean Combs can play Walter Lee Younger and “Steel Magnolias” belongs to black women has “created invaluable experiences and allowed us to evaluate work in a different way,” Mr. Jackson said. “He’s not an elitist.”

Mr. Leon has just completed two projects that are likely to bring him back to Broadway: a musical inspired by the life of Tupac Shakur and a dramatic reinterpretation of “Fatal Attraction.” He wants to make feature films, he said, and especially pines to try a romantic comedy.

“My grandmother told me to stay grounded, and it’s where I get my humor and my thirst for life,” he said. “I remember sitting on the porch with her and watching cars go by and we’d say, ‘That’s my car’ or ‘That’s your car.’ My friends say, ‘It’s almost like you’ve lived two lives.’ ”

Is it better to be black these days in Mississippi or in Massachusetts?