Blacks and Jews have historically had a complicated relationship in the United States.  And it’s perhaps the most evident when they claim the same religion, or historical ancestry. The development of Black Israelite or Black Jewish faith has its roots in Kansas, according to the book The Chosen People: The Rise of American Black Israelite Religions by University of Kansas history and American studies professor,Jacob Dorman.
“Black Israelite” is a loose term describing religious groups  who believe that the ancient Israelites were black, and that black people today are their descendants. Black Israelites could include black Jews, Christians, Rastafarians, or even black Muslims. Some follow the same customs as European Judaism, like keeping the sabbath, reading from the Torah and keeping dietary laws.
But some groups have developed their own unique liturgy. This interpretation of the biblical roots of Africans was born in Kansas, and has spread far: to New York, the Caribbean, South Africa, and even back to Israel.
And they’ve sparked no shortage of controversy. Some Black Israelite groups have even been labeled hate groups.
KC Currents‘ Susan Wilson spoke to Michael “Devar” Long about his path to joining Congregation Ohev Sholom, a Jewish synagogue in Prairie Village.
INTERVIEW HIGHLIGHTS with DEVAR LONG: 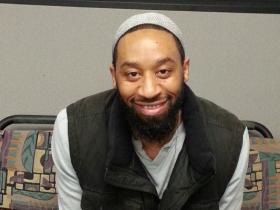 On what appealed to him about the Black Israelite story:
“It provides an answer to a big question about our identity as African Americans … [which was] stripped from us through our enslavement. It really provided an answer and a concrete identity that not only we can ethnically embrace, but we can also nationally embrace. If you just look at history, as a nation, America had never embraced us as a people historically, even presently. It provided a cultural refuge.”
On the Black Israelite movement in Kansas City:
“At least, in the greater Kansas City, there’s about 100 at least, individuals who identify as such. There’s probably six or seven camps in Kansas City. And, I think one of the ideas people have of Israelites is the New York, on the corner, hollering and insulting people, kind of shoving it down your throat. You know they’re dressed up in the ancient attire…. But that’s not all in Kansas City. Kansas City has everything from people who are everyday 9 to 5 people, to those who are more on the corner, and preaching with more fire and brimstone sermon, I guess you could say.”
On accusations of being a hate group:
“My thoughts are each group is going to have its own character. And it’s pretty much made up of the experience of the individuals who come together. I’m not one who condones extremist activity. Personally, I’m a man of peace. Anything that deals with hate is not Scriptural, to the point where we can come together and break bread and fellowship. And reason, the important word ‘reason’, to come to some understandings and prayerfully lead someone, if they are out of line, to repentance. So I think the extremist notions are ridiculous.”
On the relationship between Black Israelites and Jews of European descent:
“I have had mostly good experiences. Early on, I had an interesting dialogue with someone where they asked if I was Jewish, but the way they said it was, ‘You’re not Jewish, are you?’ At the time I didn’t have an understanding…so that rubbed me in an interesting way…. But, the synagogue I attend, there’s several African American families that attend. And we’re not treated with any difference.”
INTERVIEW HIGHLIGHTS with JACOB DORMAN: 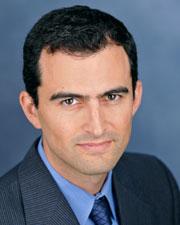 On Black Israelites’ customs:
“Some practice all the same festivals, read from the Torah, keep the dietary laws. Then there’s other groups like the Church of God and Saints of Christ (which started in Lawrence, Kansas in 1896), and they also follow many of the same festivals, but they have their own liturgy which is very unique, and really quite beautiful. So there’s many forms of Judaism that are quite robust, and that have changed over the last century. But you could say the same thing about Ashkenazi or Sephardic Judaism of today–it’s quite different than it was practiced 150 years ago in Eastern Europe. Religions are always changing and evolving, and I would love it if more Jews of European descent actually visited and came to appreciate some of these forms of Judaism created by Black Israelites because they are quite exceptional and quite beautiful.”
On the connection to Kansas and Prophet Crowdy:
“Northeast Kansas was one of the centers of African American life during and after the Civil War, partly because of its legacy as a free state and place where John Brown fought. It acquired almost a saintly reputation in the minds of many African Americans because of the conflict in the 1850s. And then, in the 1870s Kansas, as its population boomed, and it attracted immigrants from all over the world, it also attracted African Americans who came to farm and find independence. And so northeast Kansas had two of the only cities in the country that had a black percentage that was over 20% in Atchison and Topeka…Lawrence was around 20% as well…. And it was there that Prophet William Saunders Crowdy decided to start preaching his message…He was able to convince even very hostile audiences that he was speaking the truth and that he was divinely blessed and gifted. He was really a tremendous evangelist. He showed up in New York City and within months had 2,000 followers. And repeated the same thing in Philadelphia. He really was quite effective and helped to transform the American religious landscape because he was preaching a form of Holiness Christianity…doing this in a time when there was lynching and Jim Crowe discrimination across the country. So his message really found open ears.
On the psychological impact of the Black Israelite movement:
“It taught people–people that in South Africa were being occupied or colonized, or in the States, African American people that were being Jim Crow-ed and in extreme cases lynched, and quite commonly disenfranchised–it taught people in both cases that they actually had a glorious past as the people of the book, “the chosen people.” People directly descended from the ancient Israelites. And it helped to really transform the consciousness of African and African American people.”
On the criticism the movement’s received by European Jews:
“Black Jewish leaders of the 1920s … started to form synagogues as opposed to churches. They started to form more Judaic forms of Black Israelitism during the Harlem Renaissance. And they tended to preach that they were the true Jews, and that white Jews were imposters, descended from Edom. That they were Edomites and not true Jews. Most white Jews probably saw the black Jews as illegitimate as well. There were some exceptions to that. There were several efforts during the Civil Rights Movement to try to bring these two communities closer together. But neither group really wanted to validate the other group and that’s only starting to change, really in the last decade.”
On Black Israelite sects in contemporary America:
“In the last decade, there’s been a maturation for a less divisive rhetoric. Michelle Obama’s cousin, Rabbi Capers Funnye leads a congregation on the south side of Chicago and has actually been accepted into the Chicago Board of Rabbis. So he is someone who is accepted by everybody–by Black Jews, by white Jews. There’s more and more African Americans who have multi-generational histories of practicing Judaism who are becoming part of the majority white communities and schools, including in the Kansas City area. So, there’s a process that happens over generations and I think the Jewish community as a whole is becoming much more diverse through the incorporation of Israelite groups… There’s a real interest among many more progressive Jews in moving beyond a racialist definition of Judaism and accepting and welcoming people of color.”

African slave traditions live on in U.S. with the Gullah People