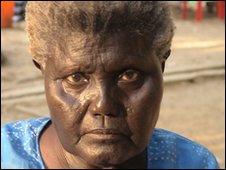 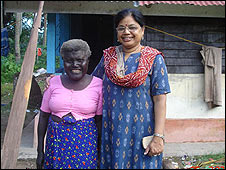 The last speaker of an ancient language in India’s Andaman Islands has died at the age of about 85, a leading linguist has told the BBC.

The death of the woman, Boa Senior, was highly significant because one of the world’s oldest languages, Bo, had come to an end, Professor Anvita Abbi said.

She said that India had lost an irreplaceable part of its heritage.

Languages in the Andamans are thought to originate from Africa. Some may be up to 70,000 years old.

The islands are often called an “anthropologist’s dream” and are one of the most linguistically diverse areas of the world.

Professor Abbi – who runs the Vanishing Voices of the Great Andamanese (Voga) website – explained: “After the death of her parents, Boa was the last Bo speaker for 30 to 40 years.

“She was often very lonely and had to learn an Andamanese version of Hindi in order to communicate with people.

“But throughout her life she had a very good sense of humour and her smile and full-throated laughter were infectious.”

She said that Boa Sr’s death was a loss for intellectuals wanting to study more about the origins of ancient languages, because they had lost “a vital piece of the jigsaw”.

“It is generally believed that all Andamanese languages might be the last representatives of those languages which go back to pre-Neolithic times,” Professor Abbi said.

“The Andamanese are believed to be among our earliest ancestors.”

“The extinction of the Bo language means that a unique part of human society is now just a memory,” SI Director Stephen Corry said.

She said that two languages in the Andamans had now died out over the last three months and that this was a major cause for concern.

Academics have divided Andamanese tribes into four major groups, the Great Andamanese, the Jarawa, the Onge and the Sentinelese.

Professor Abbi says that all apart from the Sentinelese have come into contact with “mainlanders” from India and have suffered from “imported illnesses”.

She says that the Great Andamanese are about 50 in number – mostly children – and live in Strait Island, near the capital Port Blair.

Boa Sr was part of this community, which is made up of 10 “sub-tribes” speaking at least four different languages.

The Jarawa have about 250 members and live in the thick forests of the Middle Andaman. The Onge community is also believed to number only a few hundred.

“No human contact has been established with the Sentinelese and so far they resist all outside intervention,” Professor Abbi said.

It is the fate of the Great Andamanese which most worries academics, because they depend largely on the Indian government for food and shelter – and abuse of alcohol is rife.