CHICAGO — The neighborhood’s best-known restaurants were failing, its crime rate was on the rise, and for the first time that anyone could remember there were foreclosures, with once tidy bungalows sitting empty and dark.
For all that, the social scientists studying Chicago neighborhoods in 2010 were betting that the middle-class enclave of Chatham, on the city’s South Side, would remain stable through the recession. It had done so for decades, while surrounded by impoverished areas. It had somehow absorbed a wave of newcomers from recently demolished housing projects. And the researchers’ data suggested that its strong identity and scores of active block groups had helped protect residents from larger economic threats and offered clues about how to preserve threatened urban communities all over the country.
Chatham should hold, barring some unforeseen cataclysm.
The cataclysm hit on May 19 of that year. That night, a group of assailants jumped Thomas Wortham IV, an off-duty police officer and Iraq war veteran, as he was leaving his parents’ house. He resisted and was shot, bleeding to death on the street where he grew up. 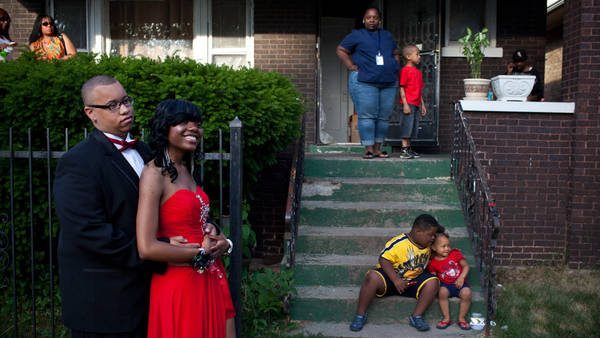 The middle-class enclave of Chatham, on the South Side of Chicago, has struggled to remain stable through the recession. It had done so for decades, but poverty from surrounding areas is closing in.

The entire city seemed to stop for breath, holding a memorial attended by hundreds of fellow police officers and citizens, Mayor Richard M. Daley and Gov. Pat Quinn of Illinois.
“We were blindsided by this; blindsided by what happened to Tommy,” said his mother, Carolyn Wortham. “And yes, you begin to question everything.”
In Chatham, it seemed, all bets were off. Many residents began to think the unthinkable, that maybe it was time to escape the place they had done so much to build.
The community’s response to the crisis would test a theory emerging from an ambitious, nearly decade-long study of all of Chicago’s neighborhoods — that a neighborhood’s character shapes its economic future at least as much as more obvious factors like income levels and foreclosure rates.
“If Chatham could maintain its relative stability despite such great challenges,” said William Julius Wilson, a professor of sociology and social policy at Harvard and the author of the 1987 classic, “The Truly Disadvantaged,” “then I think this concept of a neighborhood effect will be a landmark contribution, helping us understand how to prevent the out-migration of citizens and strengthen neighborhoods” at risk of falling into poverty.
In the days before he died, Officer Wortham was on an East Coast swing, attending a police memorial service in Washington, and later participating in a fund-raising race in New York. On May 19, he was just back and eager to see his parents, to catch up and show off some photographs from the trip. 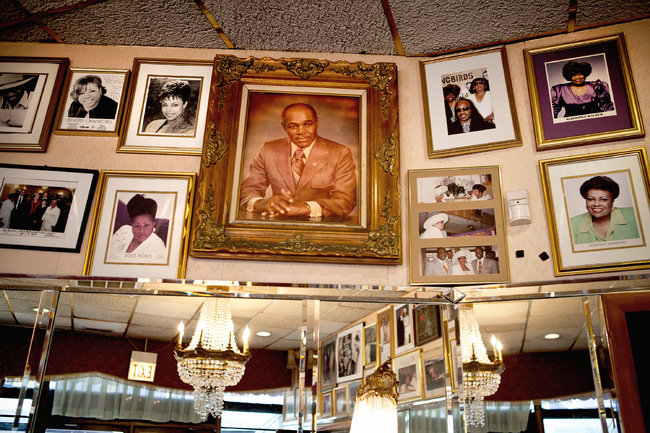 
Fraying at the Edges
Chatham looked the same as ever, but residents were nervous. The recession seemed to be deepening that spring, and local businesses were hanging on for life. Ken Blow, who runs Bull’s Eye Barber Shop on East 79th, said that his revenues were down almost 40 percent in the first years of the downturn. He rented out his office to a tattoo artist to help pay expenses. “For a while there, we would keep the lights off until our first customer walked in, to save money,” Mr. Blow said.
Captain’s Hard Times Dining, across the street from the barbershop, also saw business dwindle. The owner, known as Mother Wade, said she has had to branch out and do catering to stay open. “Some of what’s going on here is that people are not supporting their own, not sitting down to a meal like we used to do,” Ms. Wade said. “They’d rather go eat fast food.”
Older residents, perpetually anxious that the younger generation is losing their values of tidiness and mutual respect, now had visible evidence of social erosion. They saw it in the habits of their new neighbors, many of them moving from the Robert Taylor Homes, which were torn down in the mid-2000s.
“The big change going on is that the grandparents are moving out, and some of the younger kids coming in here are picking up behaviors that you would never have seen in Chatham before,” said Worlee Glover, a salesman who runs a blog called Concerned Citizens of Chatham. “Loitering out on 79th. Walking up and down the street, eating out of a bag. Eating out on the porch. Those kinds of things.” 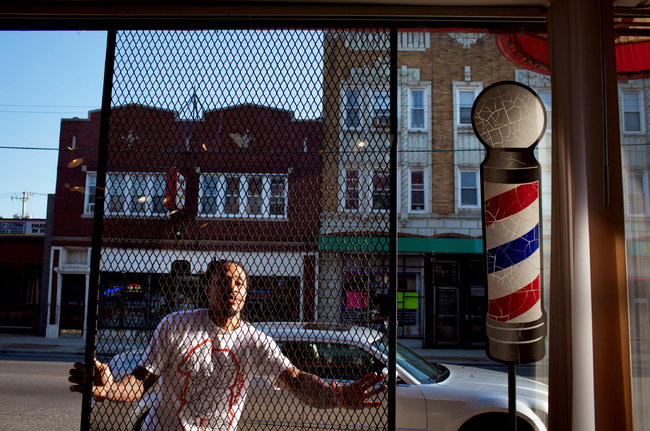 A view of Chatham from the Bull’s Eye Barber Shop on 79th Street at the start of the day. The shop’s owner said the economy hit them hard enough that they would keep the lights off until the first customer arrived.


The numbers tell part of the story. Chatham historically had a waiting list of would-be buyers, but during the recession its foreclosure rate was 14th highest among some 80 Chicago neighborhoods, according to data gathered from all of the city’s neighborhoods to determine which local factors shape behavior.
“Chatham and neighboring Avalon Park are both working class communities, not core ghetto areas, and both were hit hard by recession, particularly Chatham, which got hit economically and with incidents of violence,” said Robert J. Sampson, a sociologist at Harvard who led the Chicago study and wrote a recently released book based on it, “Great American City: Chicago and the Enduring Neighborhood Effect” (University of Chicago, 2012).
Twice in previous weeks, young men from outside the area had fired shots into the scrum around the basketball courts at Cole Park, just across the street from the Worthams’ house. Cole Park, all picnics and playgrounds when Thomas IV was growing up, now resembled a street party on most evenings, with teenagers coming just to hang out, Mrs. Wortham said. Seniors and parents of young children stayed away.
“People came from all over the South Side to play at Cole Park for the very reason that it was a safe park,” said Thomas Wortham III, his father. “But it got to where no one was controlling it.” 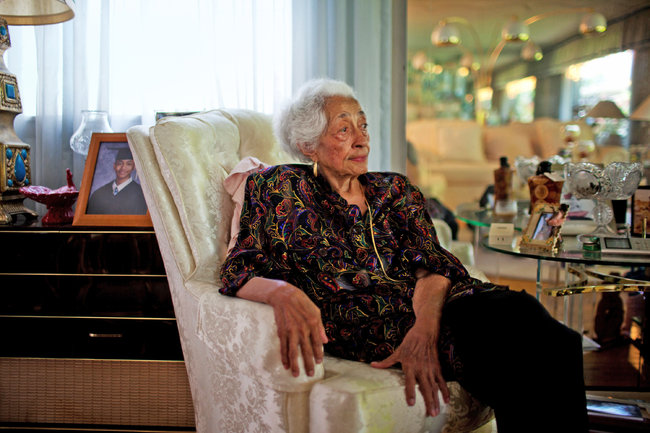 Izola White, 89, ran a 24-hour soul food restaurant in Chatham for 50 years. She recently had to close the restaurant due to financial troubles.

This article has been revised to reflect the following correction:
Correction: January 7, 2013

Because of an editing error, an earlier version of a photo caption with this article misstated the name of a restaurant. It is Captain’s Hard Times Dining, not Captain Hard Times Cafe.

89 yr. old woman carjacked and locked in trunk for 2 days by teens