The widow of Rev. Martin Luther King Jr. says she feels vindicated by a jury’s finding in December 1999 that her husband was the victim of a conspiracy, not a lone assassin, and says it is the duty of the Justice Department to look at the information presented in the Memphis case.

“I think that if people will look at the evidence that we have, it’s conclusive and I think the Justice Department has a responsibility to do what it feels is the right thing to do, the just thing to do,” Coretta Scott King, told CBS Early Show Anchor Bryant Gumbel a day after the trial.

The jury of six blacks and six whites deliberated only about three hours before returning the verdict in a civil lawsuit brought by the King family, reports CBS News Correspondent Jennifer Jones. They had sued Lloyd Jowers, a 73-year-old retired Memphis businessman who claimed six years ago that he paid someone other than James Earl Ray to kill King.

The Kings were awarded $100 in damages, but they weren’t after money. What they wanted was a verdict that would lend support to their call for a new investigation of the killing.

“It’s been painful and also has been bittersweet,” said King’s son, Dexter, who led the family’s pursuit of the truth. “Bitter because of the tragedy, obviously, but liberating in the sense and sweet that we have been vindicated and ultimately that the significant of this historical verdict that really rewrites history is liberating. Now we can move on with our lives, have a sense of closure and healing.”

William Pepper, the Kings’ lawyer, told jurors Jowers was part of a vast conspiracy involving the Mafia and agents of the federal government. He said King was targeted because of his opposition to the Vietnam War and plans for a huge march on Washington.

A cover-up following the assassination in Memphis in 1968 involved the FBI, CIA, the media and Army intelligence, as well as many state and city officials, Pepper said. He told the jurors they could rewrite history with a conspiracy verdict.

“We’re asking you to send a message…to all of those in power that you cannot get away with it,”Pepper said during his closing argument.

Ray confessed to the murder in 1969 but recanted and spent the rest of his life trying to get a trial. He died from liver disease last year.

Ray’s guilty plea was upheld eight times by state and federal courts. A U.S. House committee concluded in 1978 that Ray was the killer but he may have had help before or after the assassination. The comittee did not find any government involvement in the murder.

“The jury also heard a great deal of evidence which exonerated James Earl Ray,” Pepper said Thursday. “That should be made clear because there are spins coming out indicating that James was part of this conspiracy. That’s not what the jury found or heard. They heard strong evidence that James was an unknowing patsy.”

Jowers owned a small restaurant, Jim’s Grill, across the street from the Lorraine Motel, where King was killed. On the day of the murder, Ray, a prison escapee from Missouri, rented a room under an assumed name in a rooming house above Jim’s Grill.

In 1993, Jowers said on ABC-TV that he hired King’s killer as a favor to an underworld figure who was a friend. He did not identify the purported killer, but said it wasn’t Ray.

Jowers, who has never repeated the claim, was sick for much of the trial and did not testify.

Lewis Garrison, Jowers’ lawyer, told jurors they could reasonably conclude King was the victim of a conspiracy but said his client’s role was minor at best. 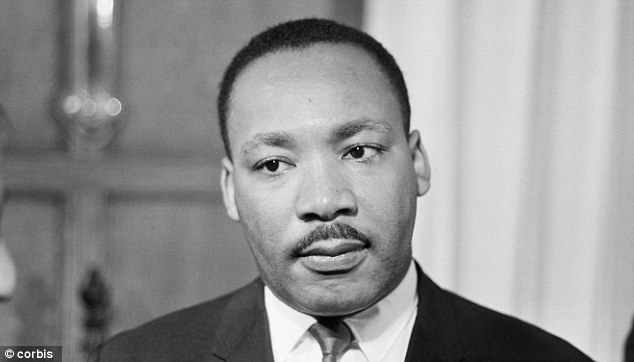 He said it was hard to believe that “the owner of a greasy spoon and an escaped convict” could have pulled off King’s assassination.

Pepper said King was killed because of his opposition to the war and his planned“poor people’s march” on Washington. Those activities angered big-money defense contractors and threatened a redistribution of wealth in America, he said.

King planned to assemble thousands of protesters at a tent city in Washington and those in power “were afraid that mob would overrun the capital,” Pepper said.

The order to kill King, Pepper said, came from the head of organized crime in New Orleans to a Memphis produce dealer who got Jowers to handle the payoff and murder weapon. An Army sniper squad was in place to shoot King if the Mafia hit failed, Pepper said.

John Campbell, a prosecutor with the Shelby County district attorney general’s office who has investigated the assassination but was not involved in the Jowers trial, said the conspiracy claims have no merit.

“We looked at this off and on for five years … and I’ve still seen nothing that would change my opinion” that Ray acted alone, Campbell said.

Last year, U.S. Attorney General Janet Reno ordered a limited investigation by the Justice Department into two allegations of a conspiracy in the King murder. One was Jowers’ claim. The other was a statement by former FBI Agent Donald Wilson that he found papers in Ray’s car that might support a conspiracy.

Justice Department Deputy Attorney General Eric Holder says the report is almost complete and could be released within weeks. But Holder says he doubts the report or the Memphis case will lead to any criminal charges.

But at a news conference in Atlanta, Dexter King said his family was just happy to have resolved decades of doubts. “We don’t care what the Justice Department does,” Because of inforation that came out in the Memphis trial, he said, “We believe that this case is over. … We know what happened. This is the period at the end of the sentence.”