Prosecutors in New Jersey on Thursday announced that no charges would be filed against a group of high school wrestlers who took a photo of several members of the team lynching a practice dummy that is wearing the t-shirt of a rival high school wrestling team.

Both schools are powerhouses in New Jersey high school wrestling, and reportedly are each others’ top rival. 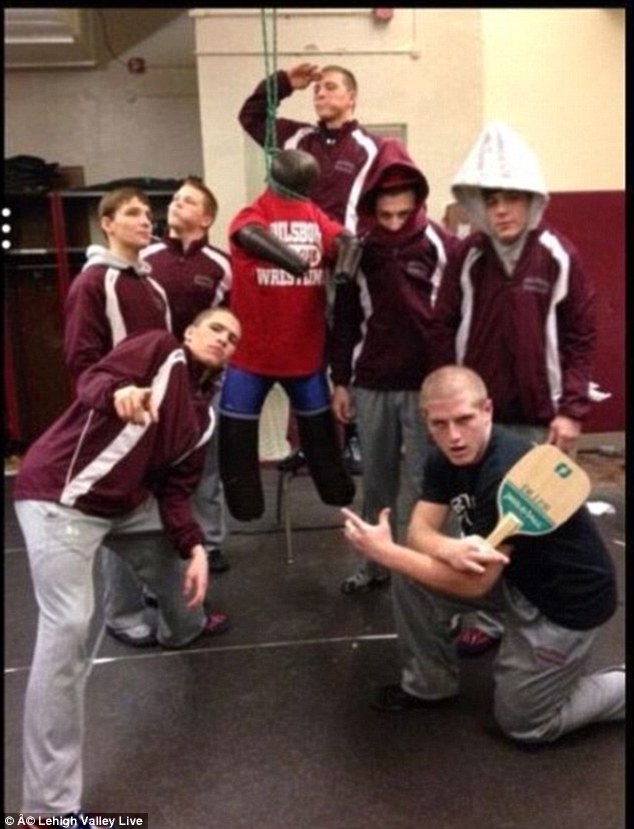 In its decision to not bring charges against any of the students involved in the insensitive image, the Warren County Prosecutor’s Office came to the conclusion that there was nothing criminal about the photo.

‘Based upon the evidence obtained and the concurrence of the Attorney General’s Office after reviewing the investigative file, no criminal charges will be filed at this time,’ Richard Burke, the county prosecutor, said in a statement.

The prosecutor’s statement went on to say that he was turning the case back over to school administrators for ‘whatever administrative action, if any, they deem appropriate.’ 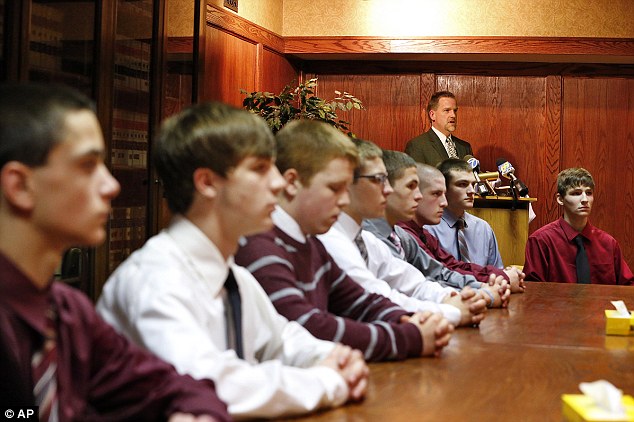 Mea culpa: The students behind the photo have apologized through an attorney and claim the photo wasn’t premeditated

Lynching is often associated with racism towards African Americans in the southern United States.

In the photo taken by the Phillipsburg wrestling team, the dummy is black – and several of the students have the hoods on their sweatshirts fashioned into a point, similar to a traditional ceremonial outfit of the Ku Klux Klan.

Each of the students in the photo have apologized through an attorney. They say the pose wasn’t premeditated, according to philly.com. 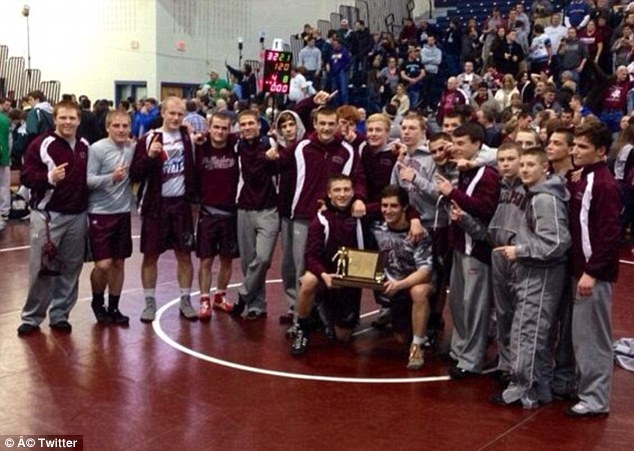 The students involved in the photo already have been removed from New Jersey’s Interscholastic Athletic Association.

It’s unclear if the school will take further actions against the students.