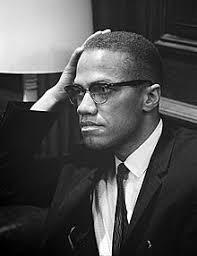 SYRACUSE, N.Y. – The son of Malcolm X’s biographer is asking Syracuse University to hand over a letter in which the slain activist writes about his shifting views on race relations.

Malcolm X wrote to Alex Haley, his collaborator for “The Autobiography of Malcolm X,” from Saudi Arabia in April 1964, about ten months before he was gunned down in New York City. The publisher of the autobiography later gave the letter to Syracuse University as part of a larger cache of papers to be used by researchers.

But Haley’s son, William Haley, says the publisher never had legal title to the letter and could not give it away. His lawyer said Tuesday he plans to make a legal demand this week for the letter, which he believes is worth at least $650,000.

The History of Black Americans in the Sport of Pro Wrestling