A man was arrested after shooting himself in the genitals with a gun he planned to sell.

Police were called to the Southwest Medical Center in Oklahoma City on Saturday after a 36-year-old man came in to the emergency room bleeding from a gunshot wound.

Tavares Donnell Colbert told officers the weapon went off while he was checking it to make sure that it worked properly. 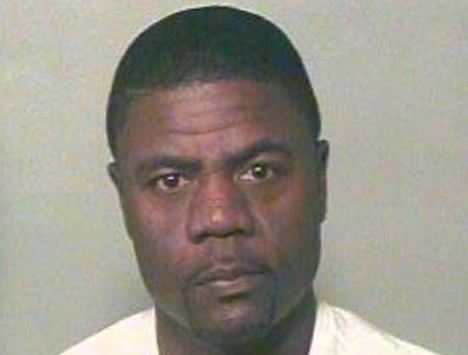 Tavares Donnell Colbert, 36, was arrested in Oklahoma, U.S., after accidentally shooting himself with a gun he planned to sell

Colbert said he bought the gun on the street in Kansas, before driving towards a convenience store car park near Southeast 44th Street and Shields Boulevard, where he planned to sell it.

He pulled over on the way to make sure the weapon was working properly, and accidentally shot himself in the groin.

According to NewsOK police arrested Colbert on one count of possession of a firearm at the hospital after he was declared fit by medical staff.

Officers said it was illegal for Colbert to own a gun because he has prior felony convictions.