Police in Central Florida said a man bit his girlfriend’s left thumb off and spit it on the floor of his car while he was driving her to work.

‘She kind of pushed his head, and he responded by biting (her thumb),’ police spokeswoman Yvonne Martinez told Florida Today. 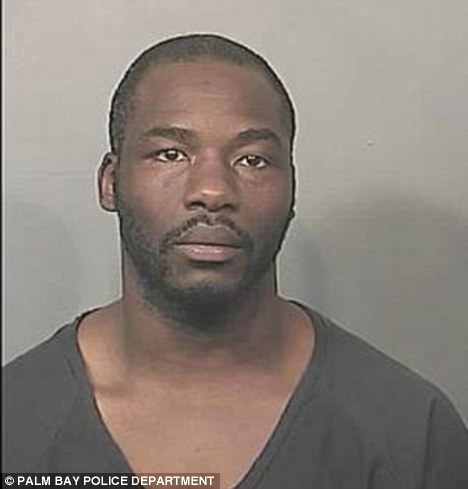 Biter: Ricardo Marquis Davis, 35, was arrested for aggravated battery after police say he bit his girlfriend’s thumb off during an argument in his car

‘He bit it completely off and spit it out on the floorboard,’ she added.

It’s a grisly feat Ms Martinez says he has fully confessed to.

Hospital officials called police after the woman arrived for treatment soon after.

Unfortunately for her, they were unable to reattach her thumb according to Ms Martinez. 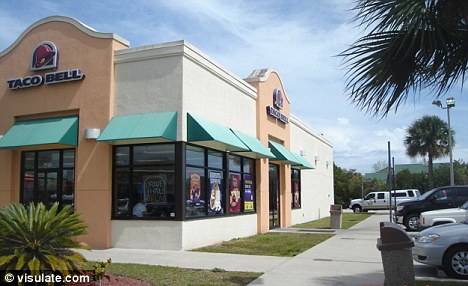 Road rage: Davis was driving his girlfriend to a Taco Bell restaurant in Palm Beach where she works, one of two in the area shown, when the argument occurred

She says police victim advocates are working to help the woman who described her relationship with Davis as on-and-off again.

Florida Today reports that he has yet to be cleared by mental health staff.
Read more: http://www.dailymail.co.uk/news/article-2264516/Ricardo-Marquis-Davis-Man-bit-girlfriends-thumb-spit-floor-fight.html#ixzz2IOQ1Fhqv