A man who robbed a Texas liquor store recently went to great lengths to disguise his identity.

The muscular black man was seen wearing a woman’s dress, wig, and even a bra during his robbery on Saturday.

One problem he didn’t forsee- or appear to notice during the robbery- was that the store had a video camera. 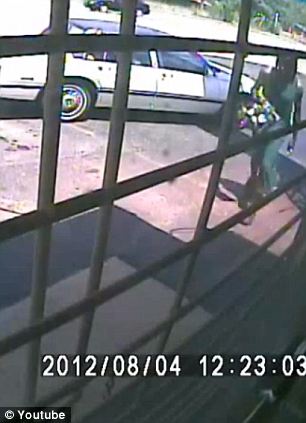 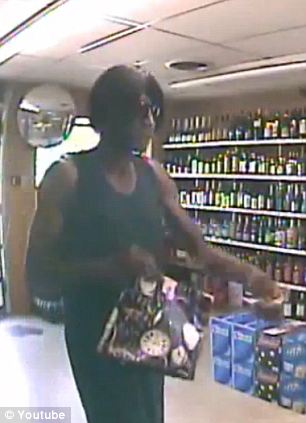 Beginning: The man arrives in a white Buick (left), and is dressed like a woman (right) 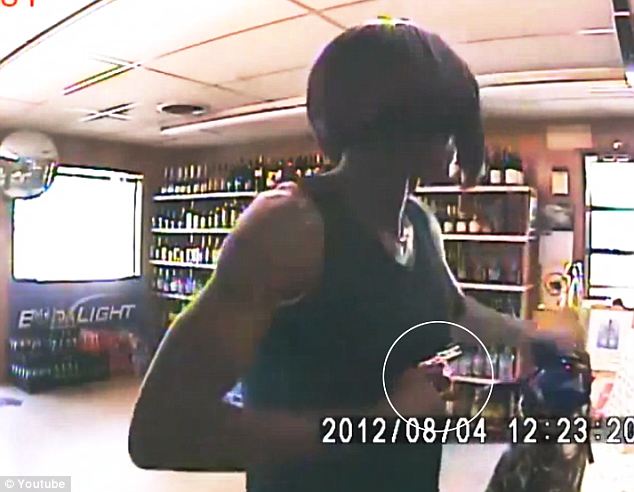 Weapon: The Kilgore Police Department released a video of the robbery that shows the man get what appears to be a small revolver from out of his purse when he approaches the counter

The Kilgore, Texas police department released information and the raw security footage in an effort to find the man who succeeded in taking an undisclosed amount of cash from the Rose Package Store No. 3 this weekend.

If found, the man will be charged with aggrevated robbery because he brandished a weapon during the incident.

The Longview News-Journal reports that the incident took place at 12.27pm on Saturday when the man dressed in drag parked his white 1987 Buick four-door sedan in the store’s parking lot.

Wearing his green knee-length dress and bob wig, the man strolled in the store carrying a purse. 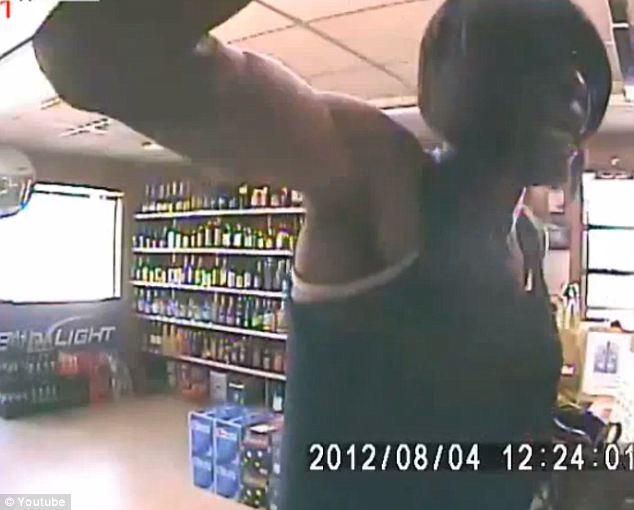 Threatening: The man reaches over the counter after grabbing the gun and the cashier said that he yelled at him before telling him to handcuff himself with a pair that the robber had in his purse 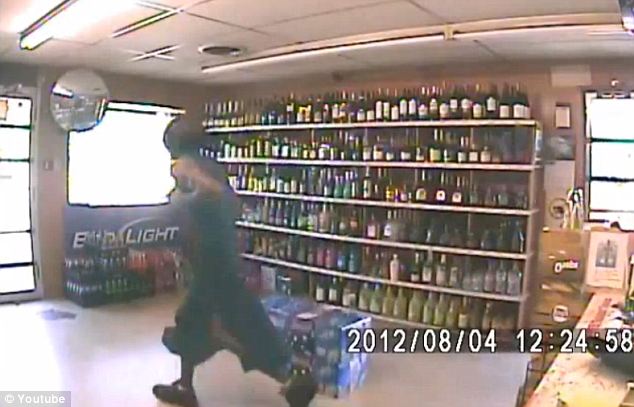 Fleeing: The suspect has not been found but his car was discovered in a nearby parking lot later that day

Once he approached the counter, he went into the purse and pulled out what appears to be a small revolver.

He then collect the undisclosed amount of money before grabbing his purse and running out.

Police later found the car abandoned at a nearby parking lot later that day, but are still searching for the crossdressing man himself.