By ASSOCIATED PRESS REPORTER
PUBLISHED: 18:17 EST, 2 April 2013 | UPDATED: 09:08 EST, 3 April 2013
A man has been set free 40 years after he was locked up for a 1970 hotel fire in Tucson, Arizona that killed 29 people.
Louis Taylor, who is black, has maintained his innocence and claims he was he was wrongly convicted by an all-white jury after he says police failed to investigate other suspects.
The 59-year-old Taylor has been locked up since he was 16 years old.
He walked out of prison on Tuesday hours after agreeing to a deal with prosecutors after his conviction was called into question. 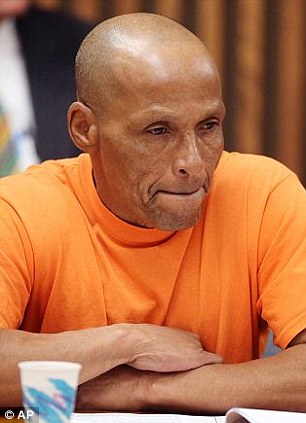 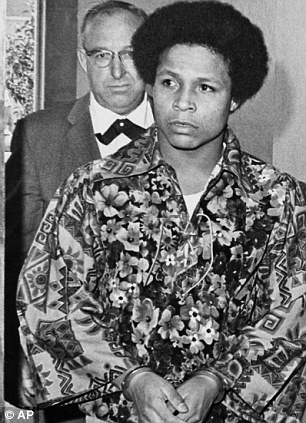 Charges: Louis Taylor (left) walked out of prison on Tuesday. The 59-year-old Taylor has been locked up since he was 16 years old (right), when he was convicted of starting the 1970 hotel fire that killed 29 people

A man who has spent more than 40 years in prison for a 1970 hotel fire that killed 29 people agreed to a deal with prosecutors on Tuesday that cleared the way for him to be released after his conviction was called into question.

The plea deal marks a stunning reversal for Louis Taylor, who was 16 years old when he was arrested in the fire at the Pioneer Hotel in Tucson, where employees of an aircraft company were celebrating at a Christmas party.

Taylor, 59, showed no visible reaction as he accepted the deal and said ‘no contest’ 28 different times – for each murder count leveled against him. When it was all finished, Superior Court Judge Richard Fields said, ‘Welcome back, Mr Taylor.’
Taylor was sentenced to 28 consecutive life sentences and repeatedly has maintained his innocence. Taylor, who is black, contends he was wrongly convicted by an all-white jury after he says police failed to investigate other suspects. Reports at the time indicate Taylor was helping people escape the blaze before being arrested later that night. 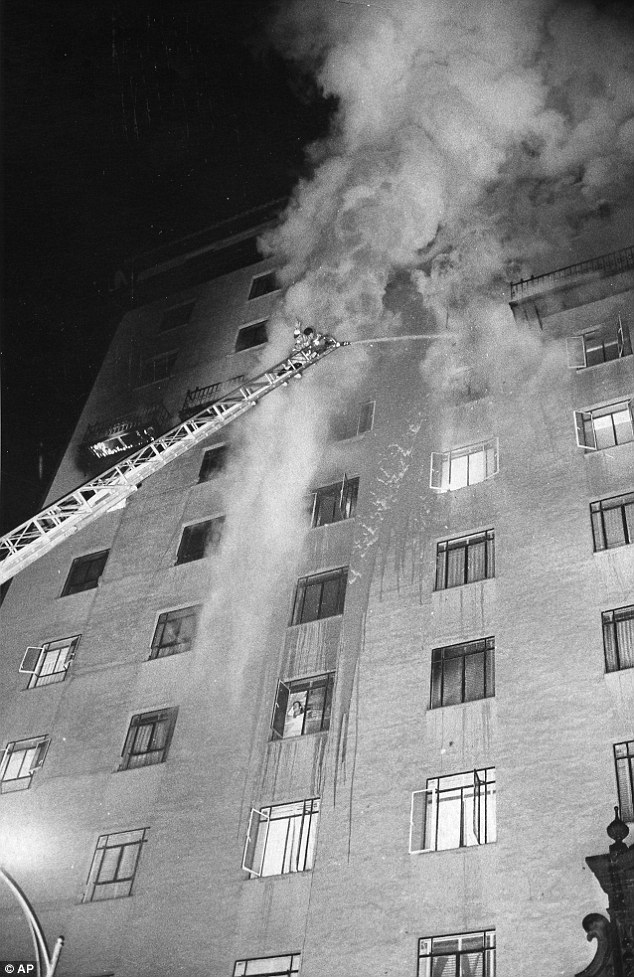 Blaze: Firefighters apply a steady stream of water during the Pioneer International Hotel fire that resulted in 29 deaths in December 1970

Prosecutors still believe that Taylor is guilty, but said they would not be able to pursue a new trial due to a lack of evidence and living witnesses.

Taylor did not speak in court on his own behalf and had no statement. A news conference was scheduled for Wednesday.

The hearing was marked by dramatic testimony from a Washington, D.C., man who was 4 years old when his father was killed in the fire at the age of 31. Paul d’Hedouville II said his father was staying at the hotel and waiting for his family to arrive for a Christmas vacation, with gifts in his suite.

‘Instead, my father was buried on Christmas Eve 1970,’ d’Hedouville said.

He lamented how his father was never there to teach him how to ride a bike or see his soccer games. ‘He was never able to dance with my bride at my wedding,’ d’Hedouville said.
Read more: http://www.dailymail.co.uk/news/article-2303124/Pioneer-hotel-Louis-Taylor-free-40-years-prison-1970-arson-attack-killed-29.html#ixzz2PSOH4juq