A man is facing with charges of child abduction after he fell from a moving car, was run over and then in a bizarre twist, tried to steal the child of the couple who stopped to help him.

Andre Bowman, 30, is believed to have been high on PCP when he tumbled out the vehicle on Saturday afternoon on Missouri’s I-70 highway and Blue Ridge Boulevard, and was hit by another car.

But he soon turned from victim to culprit when he grabbed one month old baby Emily from the back seat of the car belonging to Sarah Morris and Matthew Nicotra and refused to let go of her. 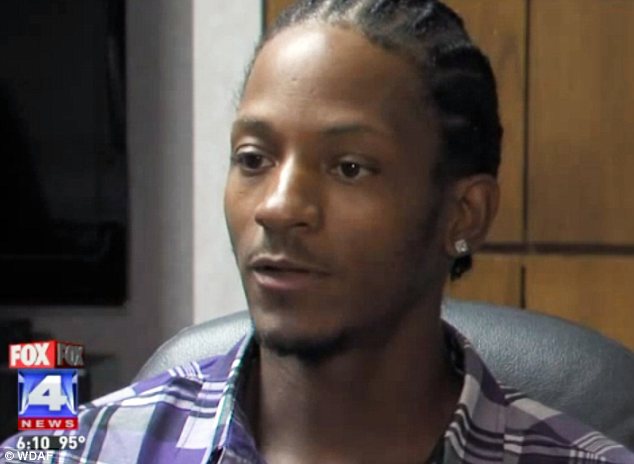 Victim or culprit? Andre Bowman, allegedly high on PCP, fell from a car on a Missouri highway, was run over and then tried to kidnap the baby of the couple that stopped to help him

Like many, the couple had seen the man fall onto the busy highway and stopped to help but before they could do anything, Bowman was on his feet trying to open the passenger door of their car.

Finding it was locked, the Kansas City resident then opened the back door where the couple’s baby seat was positioned. 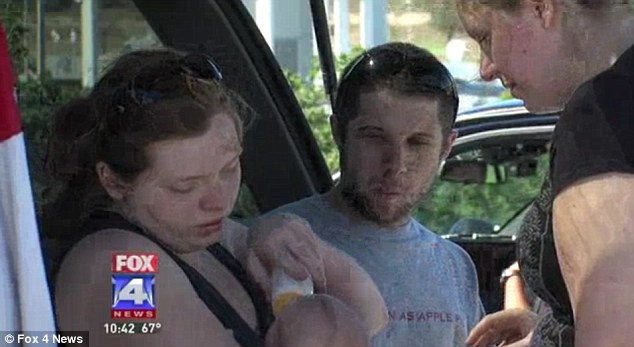 Safe: Sarah Morris and Matthew Nicotra stopped to help Bowman who opened the back door of the car and tried to take one-month-old Emily from her seat 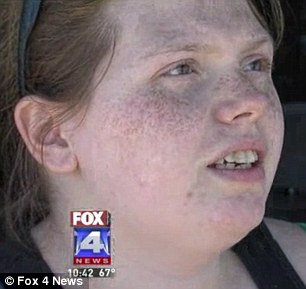 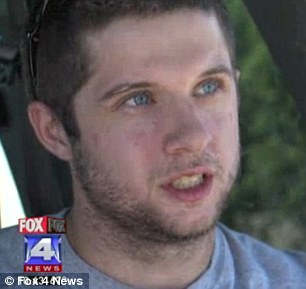 ‘He was just trying to grab her out of the backseat and I got out and grabbed him and told him let go of my daughter. And he wouldn’t let go,’ concerned father, Matthew Nicotra told Fox 4 News.

Though Ms Morris and her husband are finding it hard to forgive Bowman for the attempted abduction, his behaviour can perhaps be better understood in the context of his own unfortunate circumstances. 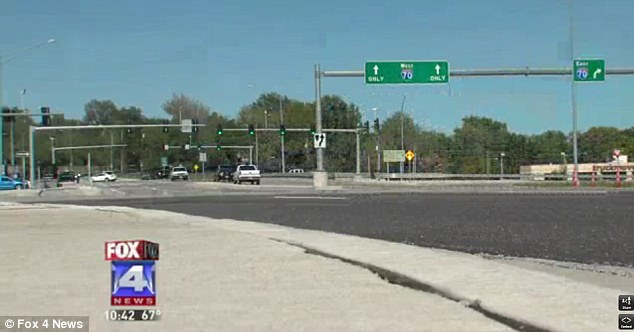 Perilous: Bowman was travellig along the I-70 near Kansas City when he tumbled from the car and was hit by another though why he fell has not been explained by police 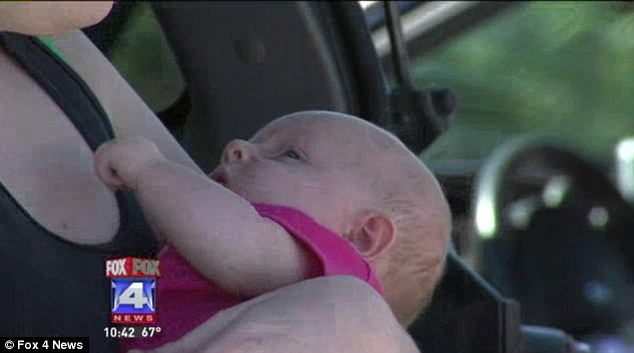 Sad: Andre Bowman is said to be struggling with the recent death of his toddler, Ada, at the hands of his ex-girlfriend’s boyfriend which may have prompted him to grab Emily (pictured) 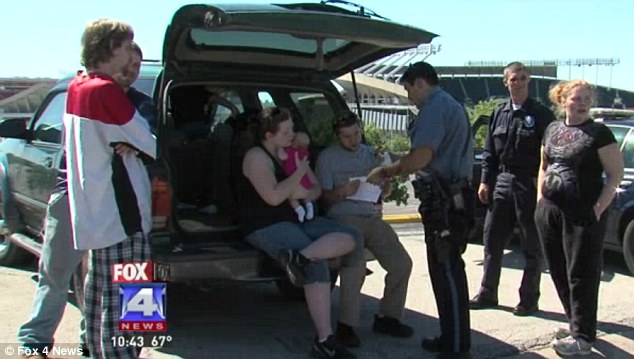 Close call: The couple had not even got out the car when Bowman got up from the ground and opened the rear passenger door

In early August of this year, Bowman’s own 18-month-old daughter Ada, died from head injuries and internal bleeding caused by a sequence of mysterious events at her mother, Gina Salazar’s mobile home in Joplin, Missouri. 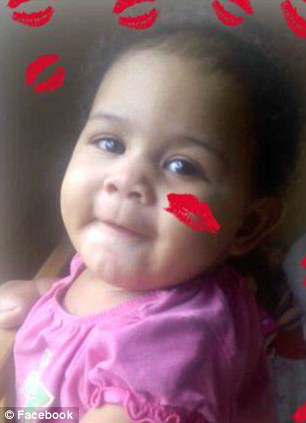 Salazar’s boyfriend Bryant L. Sykes Jr., 24, confessed to Newton County police that he picked the child up and tossed her onto a bed in a moment of rage after she made a mess on the floor of their home, the rebound of which threw her into a coffee table.

But Sykes, who faces second degree murder charges, is blaming other bruises and injuries found on the victim’s body on random domestic accidents.

According to Sykes, the child fell out of a window in one instance and then fell off a table she was sitting on, but an autopsy suggests that her injuries were far more severe than those that could have been caused by such ‘accidents’.

Though Andre Bowman and his ex- girlfriend, 22, have been estranged for some time, and he had not been involved in taking care of Ada, Angelicia, two, and Amileo, 3, he is now seeking custody of the two remaining children.

Two weeks ago he told Fox 4: ‘It affected me because all of my kids were real close, and I know right now, they are thinking about their sister.

‘For a while I had to disappear out of their life. I don’t want them to be confused anymore. I want them to know who their daddy is and to be with me.’ 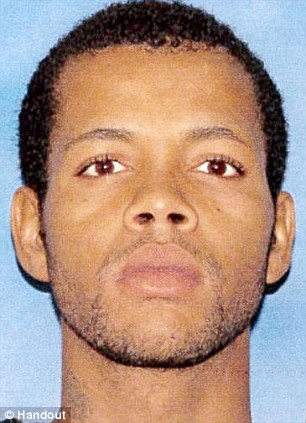 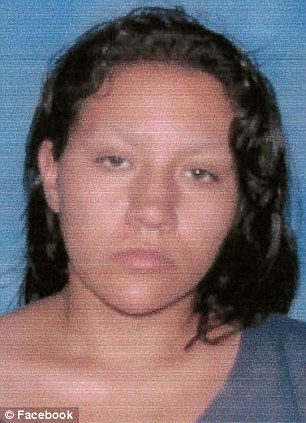 Real culprits: Bryant L. Sykes Jr, boyfriend of Ada’s mother Gina Salazar, faces charges of second degree murder after he confessed to throwing the child. Bowman is seeking custody of his other two kids with Salazar

A friend of Bowman’s said of the tragedy and his seemingly drug-addled frenzy: ”It’s been a very traumatic, hard experience for him but in no means was he trying to cause harm to this child.’

As an unidentified friend sobbed on her shoulder, the woman continued suggesting that when he saw Emily in the back of the car, ‘he just snapped.’

Bowman is still recovering a Kansas City area hospital while police have yet to respond as to why Bowman fell out of the car and who was driving the vehicle.