PUBLISHED: 10:41 EST, 7 April 2013 | UPDATED: 12:00 EST, 7 April 2013
One Florida entrepreneur is quite literally getting ahead in advertising.
Gasmy Joseph, AKA Mohawk Gaz airbrushes advertisements for local businesses onto his giant punk haircut – charging up to $1200 a time to walk around Ft. Lauderdale for a weekend.
Using spray paint to transform his head into a colorful walking billboard for friends and businesses, 31-year-old Gaz first hit on the idea when he used his massive hair to promote a friends party around eight months ago. 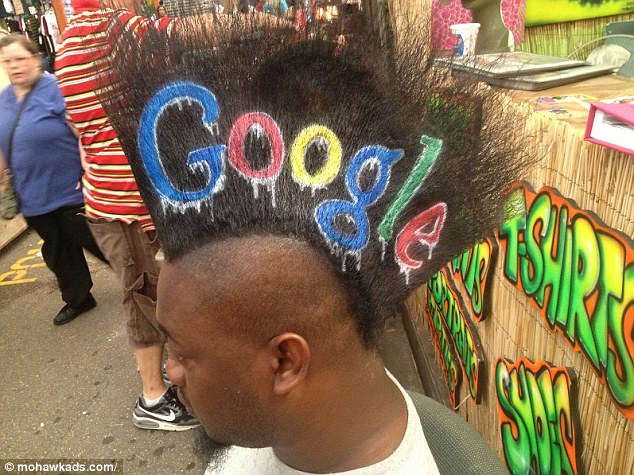 Gasmy Joseph – known as Mohawk Gaz – offers businesses advertising space on his hair for up to $1,200 for a full weekend

‘Everybody loved it, so I just kept on doing it,’ said Joseph, 36, to the New York Daily News. ‘When people see it, they can’t believe it. They’re always asking me if it’s my real hair.’
The enterprising promoter has been helping out friends who need a boost and has expanded his business to local firms.

One health-food catering company called Deliver Lean hired Gaz’s hair to advertise at a Miami Heat and Florida Panther’s basketball game and was reportedly pleased with the results.
‘It’s been tremendous marketing,’ said the company’s founder.  ‘It’s great exposure, and it’s never been done before.’ 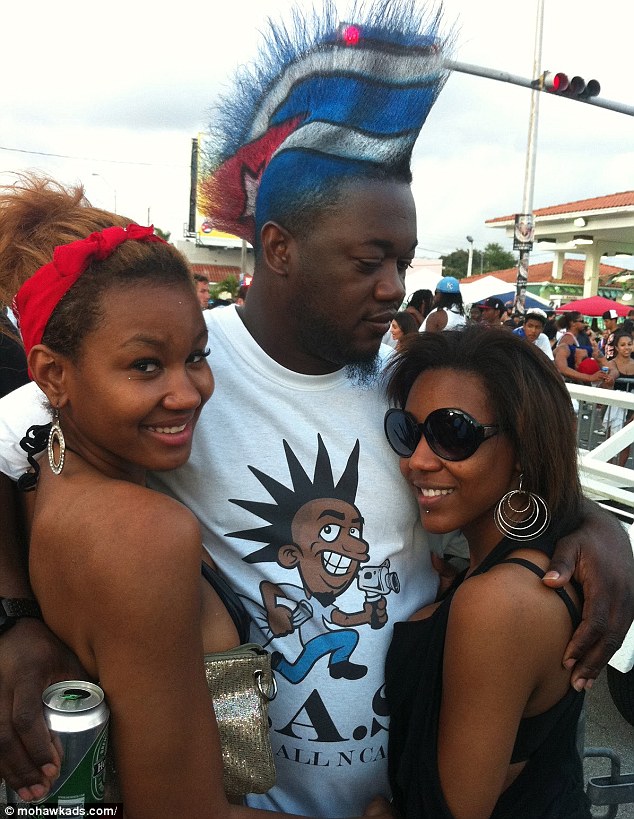 Gasmy Joseph AKA Mohawk Gaz has become a fixture in Ft. Lauderdale over the past eight months with his extravagant haircut 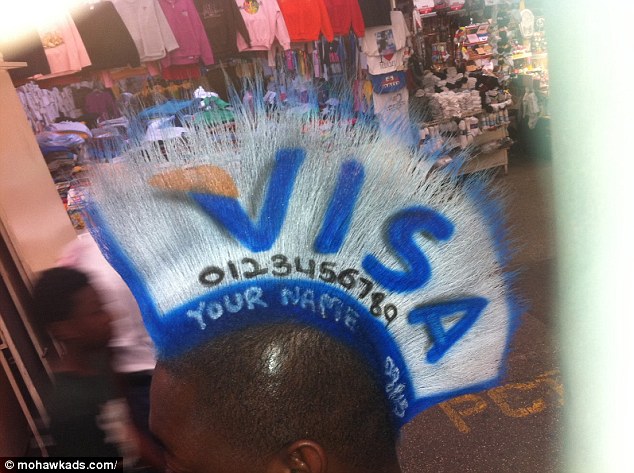 Advertising his own telephone number on the side of his hair, Mohawk Gaz shows off the commercial opportunities his spray painted ads offer clients 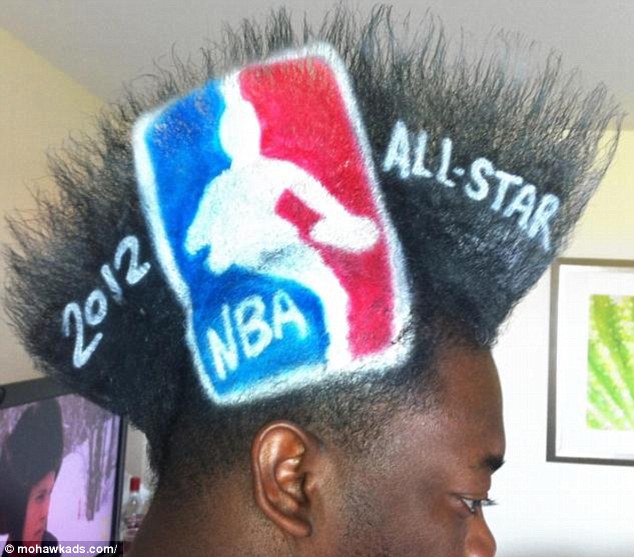 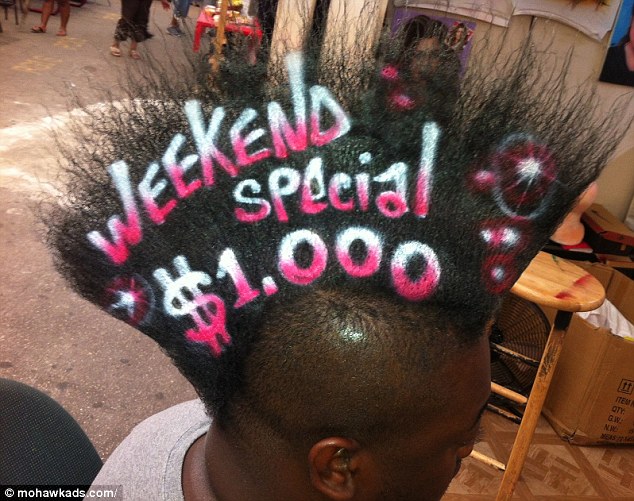 The idea was a huge success, and the 36-year-old has been spray-painting his mohawk with all kinds of designs ever since – advertising his prices too 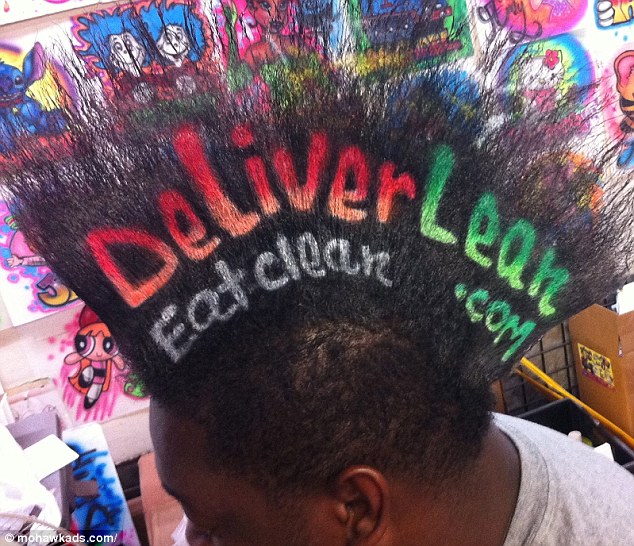 So far, Gaz has booked himself 25 clients and the freelance videographer and would-be actor is looking for more opportunities.
‘I get a big response,’ he said. ‘The ads pop up on social networks, Twitter and Facebook. People always share it and text each other.’
Gasmy, a videographer from Pompano Beach, Florida, has now set up a website showcasing his unique marketing idea.
His most impressive hairdos so far include a basketball board with a real hoop attached to his head, and a studded Miami Heat logo he wore at an NBA game, which he says has attracted the most attention so far. 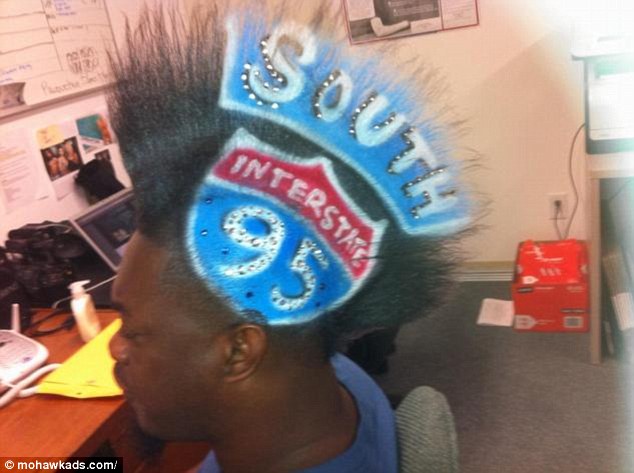 Gasmy says he gets his hair done at least once a week, but he can change the designs up to three times per week, if has different clients 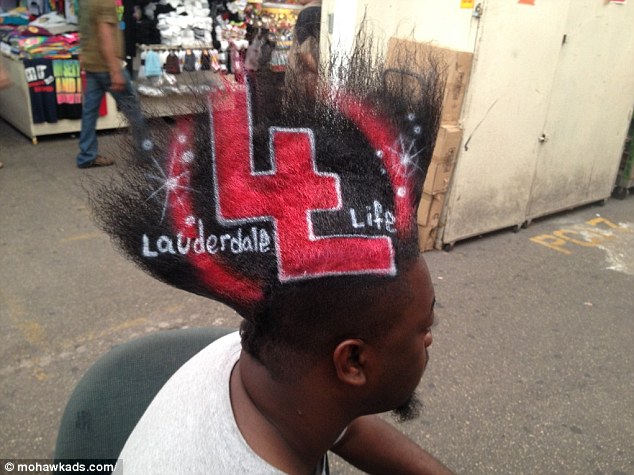 Gasmy said: ‘I’ll do Bar Mitzvahs if you need me to. You never know where you’ll find me, and that’s the most important thing about it.’ 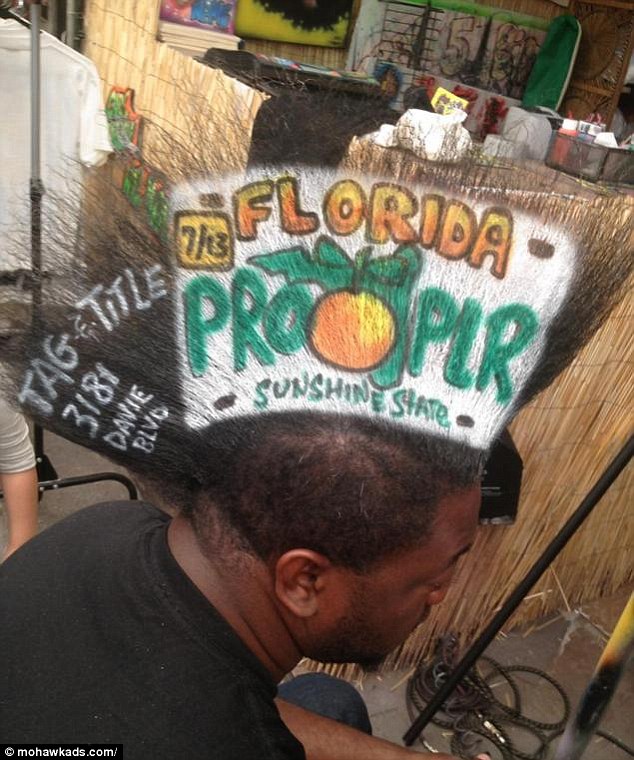 Mohwak Gaz hopes that his haircut becomes a lucrative source of revenue for him in Ft. Lauderdale

Gasmy says he gets his hair done at least once a week, but he can change the designs up to three times per week, if has different clients.
Gasmy said: ‘I’ll do Bar Mitzvahs if you need me to. You never know where you’ll find me, and that’s the most important thing about it.’
Read more: http://www.dailymail.co.uk/news/article-2305355/That-way-ahead-advertising-Man-spray-paints-company-logos-giant-mohawk-haircut.html#ixzz2PpkWchok

Teacher to student: You can't be Santa — you're black!

Is Poverty a Kind of Robbery?