As a Navy SEAL sniper, Brian Leonard Creekmur fearlessly faced terrorists in combat to protect his country and, at one time, served in the same team that killed Osama Bin Laden last year – or so he claimed.

Creekmur unashamedly used his military medals, memorabilia and status as ‘one of the most skilled snipers of his era’ to impress the ladies after apparently retiring from more than two decades as a SEAL.

But now he has been exposed as a fake who has never been in the Navy at all – let alone stood out as a hero who was one of the pre-eminent crack shots of his era. 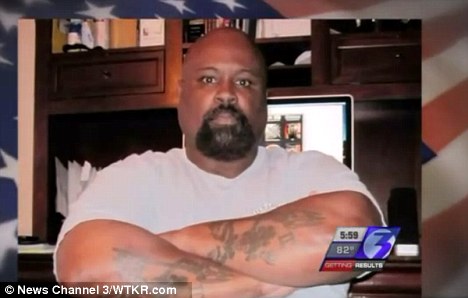 Exposed: Brian Leonard Creekmur claimed that he had served for more than two decades as a Navy SEAL – but has now been revealed as a fake

The shocking revelations were made when one woman became suspicious of Creekmur’s claims, which he was making in a bid to woo her over the internet.

He told the unidentified woman he loved her, forwarded her real estate listings suggesting homes they could share, and, of course, told her that he was a retired Navy SEAL.

But when she found nothing to back up his boasts on the internet, she contacted a retired SEAL, Don Shipley, who exposed Creekmur as a fraud who had never been a SEAL.

In a month-long investigation into Creekmur, News Channel 3 found that there were no military records to support Creekmur’s story that he had fought in SEAL Team 2 and, later on in Seal Team 6. 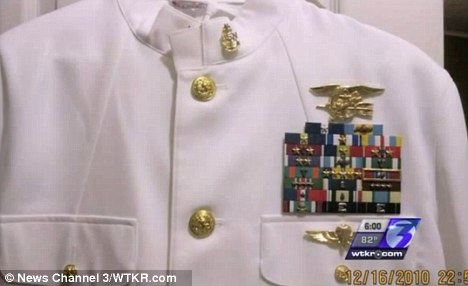 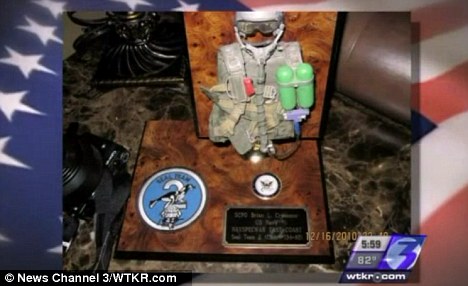 Busted: Creekmur boasted to women online that he had served as a Navy SEAL sniper and showed off his ‘medals’ and memorabilia in his New Jersey home

Although one woman online did not believe him, others have fallen for Creekmur’s tale, including CNN reporters he routinely contacted to offer up his military opinions and (so-called) expertise.

And when Creekmur tweeted CNN reporter Soledad O’Brien about a death he had witnessed in combat, she re-tweeted it to her 140,000-plus followers, according to News Channel 3.

He even posted pictures of the memorabilia, allegedly collected over two decades serving as a Navy Special Operator, on his Facebook page.

After his boasts were revealed as lies, investigators found that Creekmur had used the resume of a genuine retired Navy SEAL called Steven Matulewicz, who served for Team 2 and Team 6.

In reality Creekmur enlisted in the Army in 1984 and was briefly promoted to Specialist before being discharged in 1990 at the rank of Private First Class.

Restorative justice: One high school's path to reducing suspensions by half