A man proposed to his girlfriend after the couple were arrested for aggravated robbery – and she said yes.

Sean Foxx, 27, asked for girlfriend Trelia Woods’ hand in marriage just after the two had been detained by police accused of robbing a local convenience store in San Antonio, Texas.

Police reported that 24-year-old Miss Woods accepted the proposal, despite the less than romantic setting. 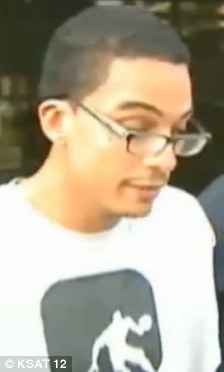 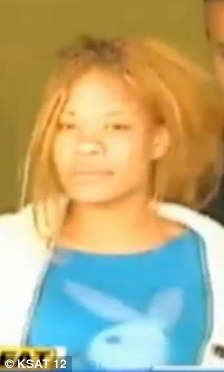 The Fantastic Mr Foxx: Sean Foxx asked his girlfriend Trelia Woods to marry him moments after they were arrested accused of aggravated robbery

The future husband and wife were taken into custody over the alleged robbery, which saw Miss Woods enter the convenience store on Monday morning with Mr Foxx waiting outside in the getaway car.

Staff at the Family Dollar store in San Antonio claim that the soon-to-be Mrs Foxx was caught shoplifting and tried to escape through a broken door.

As the shop workers attempted to stop her, Mr Foxx entered the store and helped his girlfriend escape whilst he threatened the staff with violence less they let them exit.

A police spokesman said Mr Foxx saw that his girlfriend was in trouble from the car and ran to her aid. 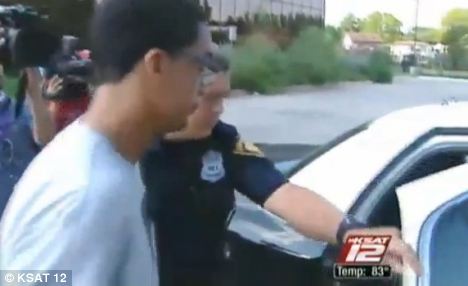 Just betrothed: Mr Foxx and Miss Woods were taken from the police station in separate cars following their arrests in connection with the alleged robbery

Sgt. Daniel Alonzo of the San Antonio Police said: ‘He goes in the store to try to help her escape, in through one of the open doors – next to the one that was locked – and tells her “come on out this way”.’

Before the couple left, Mr Foxx allegedly threatened the managers of the Family Dollar shop saying he would ‘be back to get them’ because they tried to hurt his girlfriend, Sgt. Alonzo told KSAT-TV. 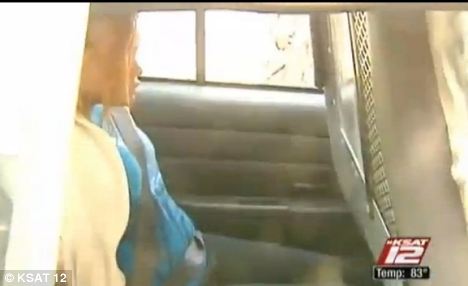 With this handcuff I thee wed: She may have imagined a more romantic proposal but Miss Woods still accepted before being separated from her fiance

The couple both refute the allegations.

The video of the couple being taken into a police van show Miss Woods denying the crime to the awaiting cameras.

As Mr Foxx is led outside he is heard saying ‘I ain’t robbed nobody, they were trying to hurt my girl.’

South Sudan counts down the hours to independence