A man suspected of raping a mentally disabled woman aboard a transit bus during rush hour was arrested today, authorities said.

The suspect, whose name and age weren’t immediately released, was booked for investigation of rape, said Sgt Dan Scott of the Los Angeles County Sheriff’s Department.

They say he boarded the bus around 5pm on Wednesday with the woman in suburban Culver City, followed her to the back of the bus, and forced himself on her late Wednesday afternoon. 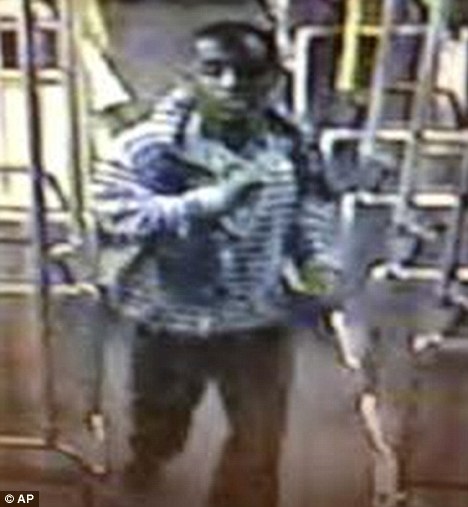 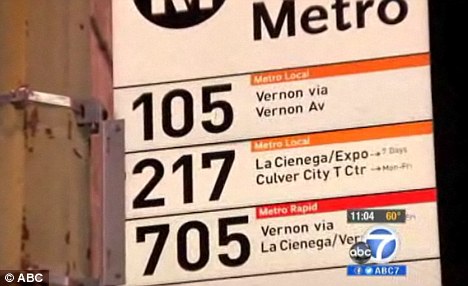 Route: The rape happened on the number 217 Metro Bus stop on La Cienega and Jefferson boulevards

The 18-year-old woman has the mental capacity of a ten-year-old, Scott said.

A lone witness tried to alert the bus driver that the rape was happening, but it continued for about ten minutes until the man stopped and got off at the stop.

Investigators say cameras on-board the bus captured him raping the woman as she suffered in silence while the witness looked on.

Sgt Scott said of the witness: ‘He was facing forward and didn’t notice anything immediately, and when he did, he was sure what was going on and tried to signal the bus driver.’ 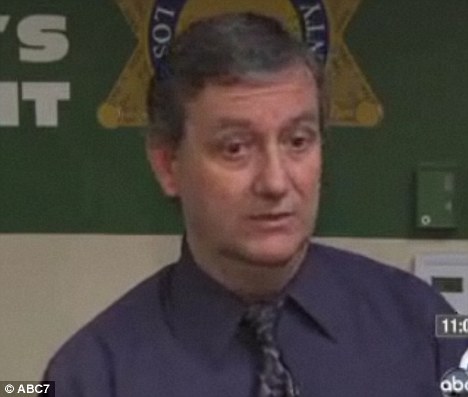 Sgt Scott said of the witness: ‘He was facing forward and didn’t notice anything immediately, and when he did he tried to signal the bus driver’

After the attack, she reported it to the driver, Scott added.

Detectives said they also want to track down the witness aboard the bus.

Students Over Unions: The civil rights battleground of education, and the struggle against poverty