A man facing charges of raping a teenage girl murdered the 16-year-old so that she could not testify against him in his upcoming sexual assault trial, said police.

Franklin Davis, 30, of Irving, Texas, confessed to shooting dead Shania Gray after he was arrested on unrelated driving offenses on Friday and police began questioning him about the girl’s death.

On Thursday, after finishing her second day at a new high school, Gray was picked up by Davis, who then drove her to a secluded park in Irving, fatally shot her and dumped her body in a nearby river, according to police.

Davis had set up a fake Facebook profile pretending to be a teenage boy in order to lure Gray into meeting him, Sherry Ramsey, a close friend of the victim’s family, told The Dallas Morning News. 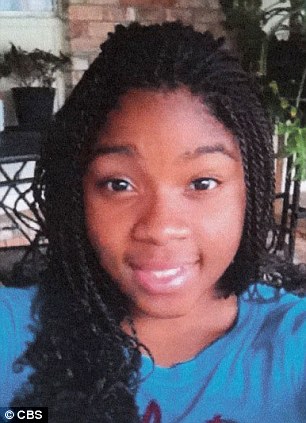 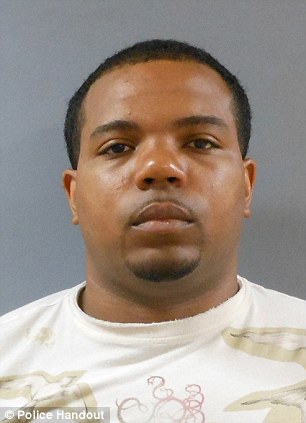 Murdered: Franklin Davis, right, confessed to killing 16-year-old Shania Gray, right. Davis murdered Gray so that she could not testify against him for raping her two years earlier, police said

Using this fake profile, Davis sent the schoolgirl messages saying they had mutual friends and that he had a crush on her. He told her he would stop by her school to say hello on Thursday, saidRamsey.

It is not clear what made Gray get into Davis’ car, whether she was held at gunpoint or if Davis was wearing a disguise, said Ramsey.

‘I can only imagine Shania’s face when she got into the car and recognized his face, the fright she felt,’ Ramsey told the paper. ‘That’s the part that haunts me the most.’

Gray’s family say they did not know of any contact between their daughter and Davis since he allegedly raped and sexually assaulted her two years ago.

The two first met when Gray babysat for Davis’ two children. Davis and his wife were separated but he would sometimes come to the home when Gray was babysitting, reported the Morning News. 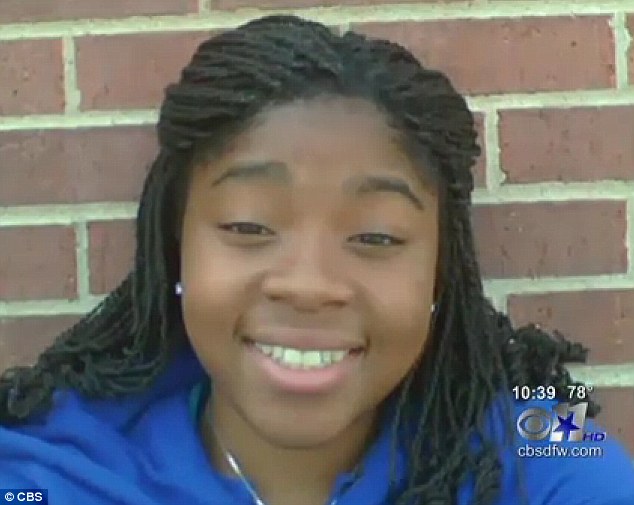 Lured to her death: Davis allegedly set up a fake Facebook profile pretending to be a teenage boy and sent Gray messages saying he had a crush on her. He told her he would come say hello to her at her school on Thursday afternoon; that was the last time she was seen alive

After the teenager turned down many babysitting requests, Gray told her grandmother that Davis had raped her. He told Gray at the time of the assaults that he would kill her if she told anyone, Ramsay said.

The family went to the police and, in July 2011, Davis was charged with four counts of sexual assault of a child.

His trial was scheduled for October 29 and police believe that Davis killed the 16-year-old so that she could not testify against him.

A police investigation was launched after Gray’s family reported the schoolgirl missing on Friday morning.

Starting out: Gray was murdered after her second day at a new high school, Hebron High School in Carrollton 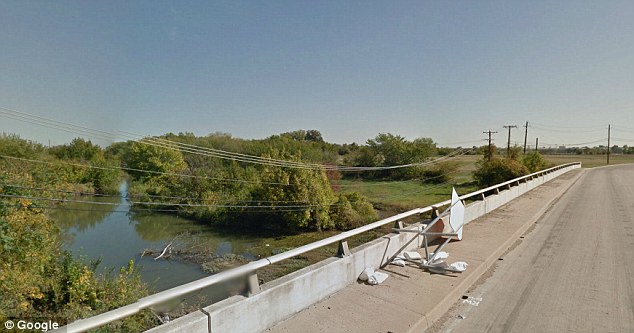 Tragic: Davis drove Gray to a secluded park, shot her and then dumped her body in the Trinity River, according to police

On Saturday afternoon, a body was found in the Trinity River on the border of Irving and Dallas, which was later identified as Gray’s.

Carrollton police had arrested Davis on unrelated traffic offenses on Friday and held him in jail. They then began questioning him about Gray’s death and say he confessed to the murder after her body was found.

Police retrieved the weapon, a 38. Calibre pistol, from a nearby pond. Davis was charged with capital murder on Sunday and is being held at Dallas County Jail.

This evening, a vigil is being held for the murdered teenager at John D. Horn High School in Mesquite, Gray’s previous high-school.

Gray was a sports star who competed in three Junior Olympic competitions and played on the basketball team.

She was a straight A student who had a beautiful singing voice, said Ramsay. 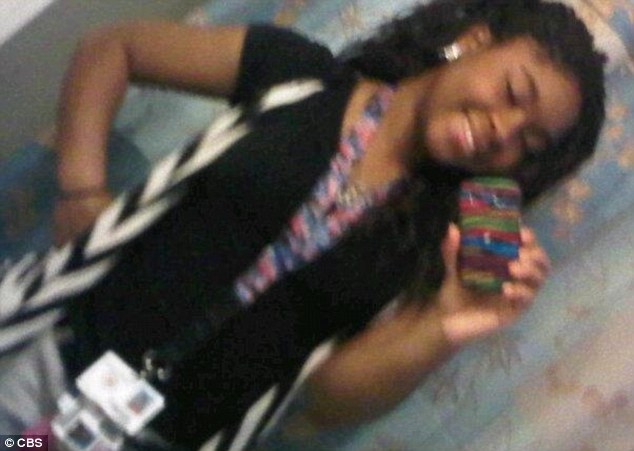 High achiever: As well as being a straight A student, Gray was a sports star who competed in three Junior Olympic competitions and played on the basketball team