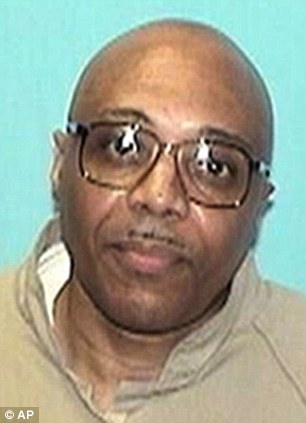 Andre Davis, 50, has spent more than 30 years behind bars after being convicted of murder in a 1980 killing

A man who spent more than 30 years behind bars before DNA evidence helped overturn his conviction in the rape and killing of a three-year-old girl was released from prison late Friday, just hours after prosecutors dropped the case against him.

An Illinois appeals court in March had ordered a new trial for 50-year-old Andre Davis after tests found that DNA taken from the scene of the 1980 killing of Brianna Stickle wasn’t his.

The girl was attacked in Rantoul, about 20 miles north of Champaign.

Champaign County State’s Attorney Julia Rietz had decided earlier in the day not to pursue charges against him.

Judy Royal of the Center on Wrongful Convictions at Northwestern University, which represented Davis, said he was the longest-serving of the 42 people exonerated by DNA evidence in Illinois.

‘Mr Davis served 32 years in prison for a rape and murder he didn’t commit,’ Royal said. ‘Tamms is a difficult place to do time. He’s hoping to rebuild his life, with the support of his family.’

It wasn’t immediately known if Davis’ family was at the prison when he walked out.

Davis’ father was traveling to Tamms on Friday afternoon and couldn’t be reached for comment.

Reitz said that while she didn’t doubt the results of the DNA tests, she decided not to retry Davis because of the difficulty in taking a 32-year-old case to trial – not because of those tests.

‘After 30 years, witnesses are either deceased, missing or no longer credible to testify,’ said Rietz, who has been state’s attorney in Champaign County since 2004. ‘Based on the age of the case and the current state of the evidence, we elected to dismiss.’

She noted that Davis was twice convicted by juries. His first conviction was overturned because of a mistake made by a bailiff during jury deliberations.

Rietz said any further steps in the investigation of Briana’s death will be up to police.

Rantoul Police Chief Paul Farber did not return a call regarding the status of the investigation.

Davis was arrested shortly after Briana was found on August 8, 1980, in a house on the street where she lived with her mother and stepfather in Rantoul.

According to trial testimony, Davis – who was 19 at the time – was visiting his father in Rantoul.

He spent the day the girl died drinking at the home where she was eventually found with the two brothers who lived there. At some point the brothers left, leaving Davis there alone.

Briana’s stepfather, Rand Spragg, said he left the girl playing in the family’s front yard and last saw her sitting under a tree. 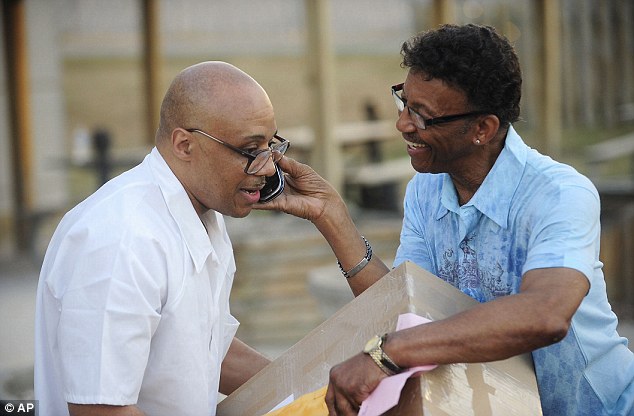 Freedom: Andre Davis speaks with his mother as his father Richard Davis holds a cell phone to his ear outside the Tamms Correctional Center after being released today after 30 years inside 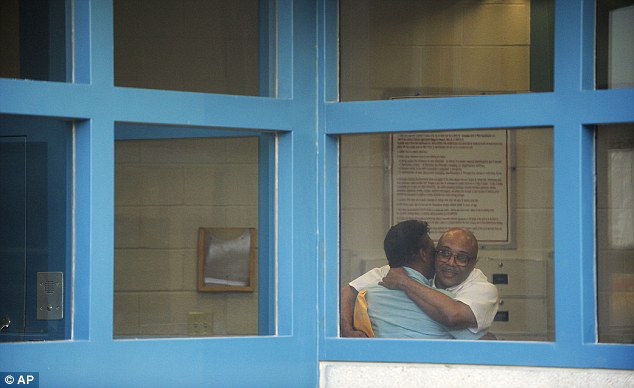 Emotion: Andre Davis, right, hugs his father Richard Davis inside the Tamms Correctional Center. He was released after his conviction was overturned based on new DNA evidence

The family later searched for her. She was found in the brothers’ home, naked and under bed clothes in a utility room. She died that night at a local hospital.

An acquaintance of Davis told police that Davis said he’d killed ‘a woman’ at the home.

DNA testing wasn’t available in 1980. But in 2004, Davis requested that evidence gathered at the scene of Briana’s death be DNA tested.

According to the tests, blood and semen found at the scene weren’t from Davis. That led to the March appellate court decision.

Friday’s planned release caught Davis’ attorneys off guard. Most were on vacation, expecting that he might be released next week.

She wasn’t sure what plans Davis had, but she said that after so many years he was fortunate that family members were still alive to greet him and help him acclimate to life outside prison.

‘A lot of times when people are incarcerated for lengthy periods of time, family members die,’ Royal said. ‘That is one good thing, that he will have their support.’

‘I think it’s difficult for him to know exactly what to do,’ she added, noting that the Center on Wrongful Convictions works with the people it helps free to aid in their adjustment.

‘I know that he’s very intelligent and he has been assisting in the preparation of his appeal for years and giving some good suggestions in that regard.’

Attempts to reach members of Briana’s family were not successful.

Vincent R. Mancusi, Warden at Attica During Riot, Dies at 98