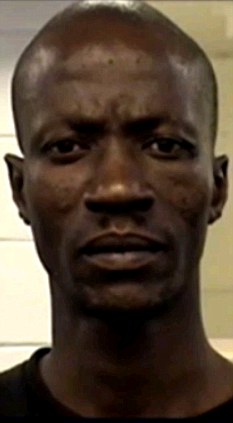 A man who has no hands and only speaks Swahili has been accused of tossing boulders through windows at a KFC restaurant.

Police in Albuquerque, New Mexico,identified the suspect as Koffi Mbairamadji, 46. KFC employee Martin Ventura said he saw Mbairamadji use his arms to launch a rock the size of a volleyball through a window.

The incident happened on Friday night and shortly after the suspect was arrested, Koat.com reported.

Mbairamadji spoke through a translator at his arraignment yesterday. The details of who he is and where he’s from are limited.

A criminal complaint indicates that Mbairamadji was brought to the U.S. by the United Nations.

Mr Ventura said Mbairamadji had chased a woman into the restaurant earlier that day and ended up getting punched by a customer who was trying to protect her.

‘All this glass is all over, and it’s like, “What the heck happened?”‘ Mr Ventura told Koat.com. 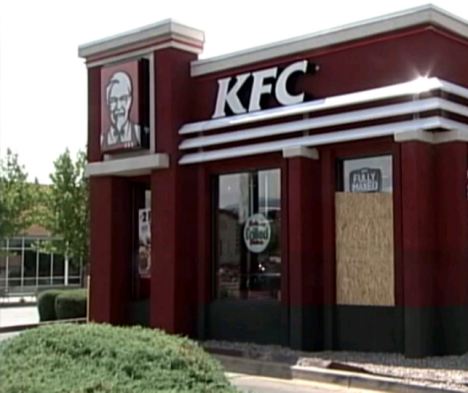 The KFC in Albuquerque, New Mexico, where a man threw a rock the size of a volleyball through its window 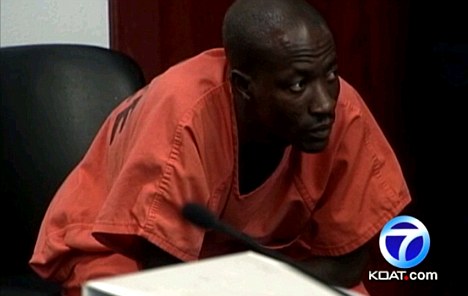 Koffi Mbairamadji appearing in court accused of attacking the KFC shop front. He spoke through an interpreter

KFC employees said Mbairamadji also found a brick and launched it through a drive-through window.

Police said no one was hurt in either rock-throwing incident.

Mississippi man is arrested for roadside murders and rape