Nelson Mandela sold out black South Africans. Now there’s a sentence you won’t have heard in the days since his death and that you won’t be hearing at his memorial tomorrow. Yet it’s incontrovertibly true that after centuries of being robbed of possibly the greatest mineral wealth the world has ever known, not to mention decades of being repressed by apartheid, black South Africans got almost no compensation for what should rightfully have been theirs when the old regime was swept away for the new South Africa.
Indeed, the basic deal Mandela struck from prison with F.W. de Klerk, and which was subsequently enshrined in the South African constitution, essentially guaranteed the existing property rights of white South Africans in exchange for an end to apartheid.
For whites, the deal made sense. Apartheid could not be maintained forever against international pressure and internal resistance. The odds of holding onto the material benefits of the oppressive traditional system were much higher with black African enfranchisement than without it. A successful revolution would lead to the dispossession of whites, just as it had in almost every other corner of formerly colonial sub-Saharan Africa. What Mandela was promising was more than half a loaf. It was a whole loaf of wealth with a proportionately small loaf of political power.
For black South Africans, especially supporters of the African National Congress who had idolized Mandela during his 27-year imprisonment, the choice was much harder. What they were giving up was nothing less than their material patrimony. Over many generations, blacks in South Africa might build businesses and earn money, and a slice of leadership might emerge as a political-business elite entitled to a share of the country’s national wealth. But for most black South Africans, there would be no major opportunity to change the economic conditions of their lives in the foreseeable future. Wealth would remain with their former oppressors.
On the positive side, if black South Africans could accept the deal Mandela had struck, the country might avoid the flight of whites — and with them white capital — that had happened in other countries on the continent. In the aftermath of morally justified redistribution of wealth, many sub-Saharan countries had found themselves poorer, not richer. It was a gamble for the poorest South Africans to bet that forgoing their just rights might actually leave them slightly better off in the long run; but it was a gamble arguably worth taking.
A further potential upside of the deal was harder to articulate publicly. Many post-colonial African countries had evolved from colonialism to proud independence to patrimonial, despotic dictatorship in just a generation. Perhaps the continued presence of white South Africans in positions of economic importance would create an incentive for the ANC leadership to govern democratically. No credible democratic political opposition to the party that fought for and achieved freedom was going to exist for a long while. To keep the government honest, then, a different threat was needed: The threat of flight by white capital should the ANC subvert democratic practices and values might actually help the country going forward. 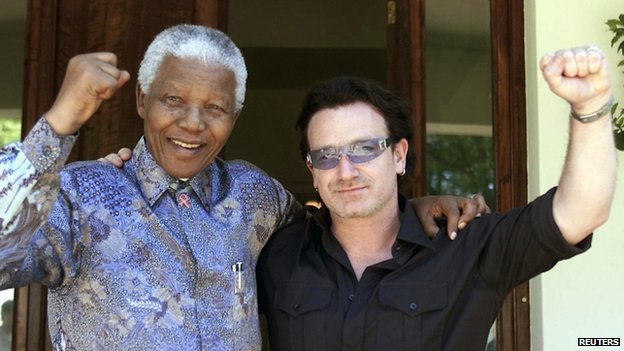 The black South African public may not have realized, in the first flush of pride in their freed leader and his global prestige, exactly what deal they were implicitly taking. But the constitutional process, admirably accomplished over several years in full public view, made the deal more or less transparent. For the most part, black South Africans voted to take the deal. They were, in essence, validating Mandela’s promises to de Klerk and white South Africa. The rhetoric of brotherhood and nonvengeance — exemplified, for example, in Mandela’s embrace of the Springboks national rugby team — was the cultural counterpart to the promise of continued coexistence under white economic dominance.
Was Mandela right to sacrifice justice for the chance of a richer and more democratic South Africa? The question of his heroic status depends on the answer. Looking at the career of Yasser Arafat, who consistently made a different choice, inclines one to think that the answer is yes. A politician shouldn’t act on what is absolutely fair, but what is pragmatically most likely to succeed in the real world.
Yet, as we mourn Mandela, it is also worth remembering that, like almost all constitutions, South Africa’s founding pact was born in the sin of compromise. Compromise is sin because people don’t get what they deserve. But that sin is necessary, because after it’s committed, people are better off than they would be without it.
The international community rightly reveres Nelson Mandela as a man of peace. But he was not a saint — and for that we should be grateful. He brought peace through his ability to convince millions of his countrymen that they should accept much less than they were in justice owed.
(Noah Feldman, a law professor at Harvard University and the author of “Cool War: The Future of Global Competition,” is a Bloomberg View columnist. Follow him on Twitter at @NoahRFeldman.)
To contact the writer of this article: Noah Feldman at [email protected]
To contact the editor responsible for this article: Tobin Harshaw at [email protected]