December 21, 2012, 3:03 pm
By ERIC HERSCHTHAL
Prince Loveridge, a free black Northerner, taught at a segregated school on Staten Island during the Civil War. Shortly after the war began, he published a letter in the short-lived abolitionist paper The Pine and Palm, asking why more of his students hadn’t heard about the emigration plan to Haiti. For blacks like Loveridge, who were free but hardly treated equal, it seemed to be on everyone’s mind.
“In conversation with some of them the other day,” he wrote, “I have come to the conclusion that they have not been sufficiently informed as to the great plan of Haytian Emigration. I think, sir, an agent should be here to explain to them the good that might accrue from emigration to a land where they can be men. Here, sir, in prejudiced America, we can never be men.”
Thousands of black Americans at the time shared Loveridge’s views. They dreamed of moving away from white-dominated America to the Caribbean nation of Haiti, where blacks had overthrown their French masters and established an independent country. But the conventional history of black emigration plans has focused on their original advocates: moderate whites who, like Abraham Lincoln, were against slavery, but didn’t see a place for blacks in America. Most of them favored sending blacks to Liberia, a country created by the white-led African Colonization Society.
Haiti, in contrast, represented their worst fears. The former French colony took its inspiration from the French and American revolutions, but it was the image of Haitian black slaves murdering their masters that whites chose to remember. To court Haiti was to court death.
But for blacks, Haiti represented something else entirely. They didn’t see a bloody race war, but rather Africans fighting for their freedom, establishing the world’s first independent black republic. Images of Haiti’s founder, the ex-slave Touissant L’Ouverture, could be found in legions of black homes during the Civil War, right next to Lincoln’s.
Those who focus on the black experience during the Civil War have a difficult time explaining, or even admitting, the strange allure of Haiti. It not only poses a challenge to the idea of widespread black support for the Union effort, which surged after Lincoln came out in support of emancipation in 1862, but it also challenges the very assumption that the war was about slavery at all.
The newspaper in which Loveridge published his letter, The Pine and Palm, was the main organ for advocates of Haitian emigration. It was financed by the Haitian government, which also gave $20,000 to establish the Haitian Emigration Bureau in the United States. Though support plummeted after the Emancipation Proclamation, nearly 2,000 black Americans voluntarily left for Haiti between 1860 and 1862. Not even Liberia, founded in 1821, had received as many people in so short a time.
The hundreds of letters from people like Loveridge published in The Pine and Palm testify to the powerful appeal Haitian emigration had for many blacks. There were Caleb Davis, Wesley Young and George Thomas of Woodbury, N.J., who in June 1861 left “with their families, fourteen persons in all.” There was Mrs. H.C. Robinson, of Newport, R.I., who “intends to go out in the fall, with her family.” The Rev. J.H. Jackson of Kalamazoo, Mich., was “laboring to disseminate knowledge of Hayti among his race.”
And in Baltimore, a group of free blacks met in the basement of Bethel Church to debate emigration. “The signs of the times admonish us that the period has come when the free people of color in the State of Maryland ought to seek an asylum where they can be protected in the peaceable enjoyment of ‘life, liberty, and the pursuit of happiness,’” they later wrote. Highlighting the bankruptcy of Thomas Jefferson’s words, they decided to seek that vision elsewhere: “Resolved,” they concluded, “that we organize ourselves into an Association for the purpose of forming a Colony to be located in the Republic of Hayti.”
The Haitian emigration project ultimately failed. The bureau had closed by the end of 1862; the next year, hundreds of emigrants died from disease. When the American government sent an official to the island two years later, just 200 of the original emigrants remained, 50 of who were brought back to the United States.
But it would be a mistake to understand Haiti’s appeal solely through colonization’s failure. The widespread interest in Haiti suggests that black Americans saw the island not merely as a place to live; it was place to redeem their self-image. To support Haiti, whether by emigrating, financing others who could or simply invoking the island’s name, was to show that blacks were fully capable of becoming dignified citizens, be it in America or abroad. 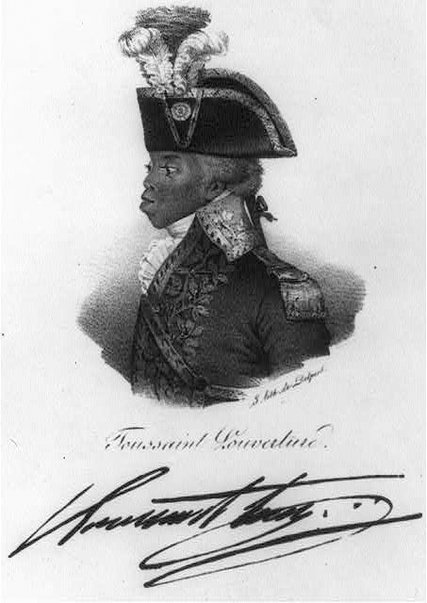 No one articulated the point better than Frederick Douglass. In an essay titled “A Trip to Haiti,” published in his Douglass Monthly in May 1861, he wrote: “Born a slave as we were, in this boasted land of liberty, tinged with a hated color, despised by the rulers of the State … treated as an inferior race, incapable of self government … we, naturally enough, desire to see the free, orderly and Independent Republic of Haiti, a refutation of the slanders and disparagements of our race.”
After Lincoln’s endorsement of abolition, however, Douglass became a staunch foe of all emigration projects. Like many blacks, he believed that once emancipation became an explicit Union goal, the larger aim of full black equality would soon be coming. Indeed, Douglass’s turn against emigration and his influence over black opinion partly explain the dampened enthusiasm for the Haitian project.
When the Haitian Emigration Bureau and The Pine and Palm shut down at the end of 1862, Douglass showed no sympathy. “Pine and Palm,” he wrote in his rival monthly, “is discontinued … Regarding this and all other colonizing schemes proposed to the colored people of America, and urged on the ground that the white and colored people cannot live together in peace and happiness in the same country, we can express no regret.”
But there was no mistaking Haiti’s continued resonance among black Americans. When the Union began to enlist black soldiers in 1863, black recruiters consistently invoked Haiti and its founding general, L’Ouverture. A southern black recruiter told The Weekly Anglo-African, “‘Men of color, my fellow-citizens, do not stop to ask the question: ‘What are we going to fight for?’ … Did Toussaint L’Ouverture stop to ask that question? Did his followers stop to ask that question?’ The answer was, ‘No, no, not at all.’ They rose up with all their strength and struck blow after blow for freedom.’”
Even the vaunted 54th Massachusetts Regiment, in which Douglass’ two sons served, and made famous in the film “Glory,” had a company named the “Touissant Guards.”
Haitian emigration may have been mostly the idea of free black Northerners, but enslaved blacks were taken by the very idea of Haiti, too. When the Union set up an encampment for runaway slaves in Newbern, N.C., the estimated 10,000 blacks named the camp themselves; they called it “New Hayti.” A hospital built in Virginia for runaways was also given a Haitian name: the L’Ouverture Branch Hospital.
The idea of Haitian emigration didn’t completely die with the Emancipation Proclamation. Between 1862 and 1864, Lincoln’s cabinet tried to create its own Haitian colony for former slaves, but it also failed — this time because of shoddy government oversight. Lincoln’s cabinet left the colony in the hands of corrupt American businessmen, who ultimately bilked the government of thousands of dollars and left at least 40 settlers dead.
Taking the long view — noting the failure of Reconstruction after the war, and the rise of legalized segregation — it could even be argued that Haiti provided a far better example of black equality than America. In 1889, Douglass himself turned to Haiti once more, choosing to live there as America’s foreign ambassador.
The resonance of Haiti throughout the black community, North and South, enslaved and free, complicates our understanding of what the Civil War was about. We shouldn’t assume that allegiance to Haiti meant blacks had given up on America. Merely invoking the island’s name, however romanticized, could embolden blacks to fight for greater freedom at home. But even after abolition was put on Lincoln’s agenda, many blacks still looked to Haiti for guidance. It confirmed their belief that ending slavery was only half the issue: full equality mattered most.
The antislavery activist Oneda Paulding, a black woman from New York, reveals that truth. In The Pine and Palm she described the bitterness, sorrow and dignity she felt over leaving America for Haiti. Detailing the ocean funeral for a runaway slave who died on board, she wrote: “The burial was one of the most impressive scenes I have ever witnessed. The Sun was just sinking west, and on the deck stood seventy-three of the noblest specimens of the colored American.” They formed “a scene for an artist’s pencil,” she went on, “which would have been admired in any clime except republican America.”

Bloomberg on "Stop and Frisk": Whites Stopped ‘Too Much’ And ‘Minorities Too Little’