SÃO PAULO—The emergence of a black candidate in Brazil’s presidential race is highlighting a major shift in racial views in a country that was the biggest slave importer in the Americas and last to abolish the practice.

Socialist Party candidate Marina Silva —the African-descended daughter of illiterate rubber tappers in the Amazon—is running neck and neck with President Dilma Rousseff of the Workers’ Party. The latest polls show the Oct. 5 election would require a runoff between the two women, in which they would tie.

The real possibility that Brazilians could elect a black president is drawing comparisons with President Barack Obama, and underscores the dramatic economic and ideological shifts the nation has undergone in just the last decade. Under Ms. Rousseff and her predecessor Luiz Inácio Lula da Silva, millions of black Brazilians have risen from poverty by welfare programs, scholarships and a racial equality law that established quotas for black students in universities.

The number of Brazilians declaring themselves black or “pardo,” the Portuguese term to describe mixed-race Brazilians of African descent, has soared, part of a new black consciousness movement fueled by rising economic opportunities. Self-declared black and pardo Brazilians accounted for 53% of the population last year, according to the Brazilian Institute of Geography and Statistics, after rising significantly between 2000 and 2010.

Though racial quotas may have given some Brazilians incentive to self-identify this way, “there is a movement of the assertion of black pride and the appreciation of brown, black and indigenous people in Brazil,” said demographer José Eustáquio Diniz Alves, who teaches at IBGE’s National School of Statistics Sciences. 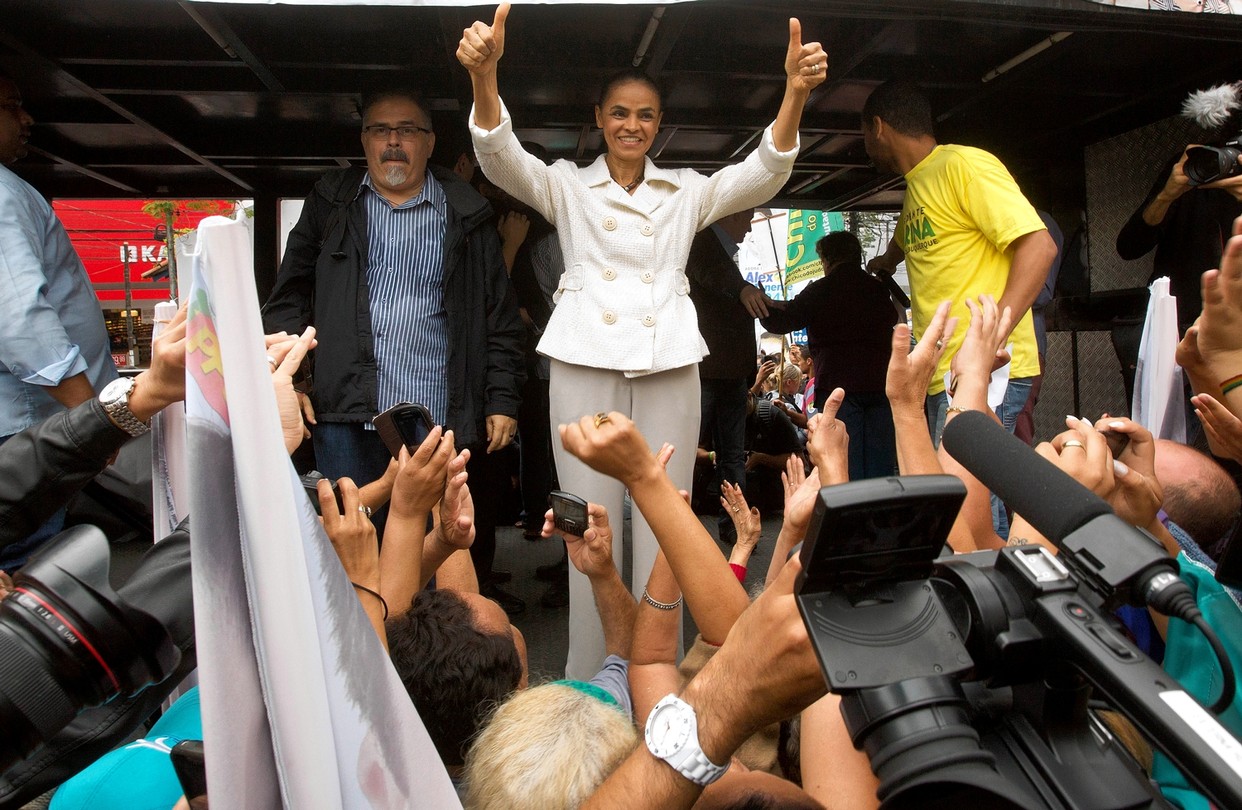 Ms. Silva has emerged as a strong contender without overwhelming black support. In contrast to the U.S., where Mr. Obama got 95% of black votes in his first term, Ms. Silva has polled about 25% of Brazil’s prospective black vote, compared to about 35% for Ms. Rousseff, whose party’s social programs have greatly aided low-income Brazilians of color.

The growing value of black identity is a significant shift in Brazil, the country which imported the most African slaves in the Americas—4 million people by one estimate.While Brazil didn’t legally abolish slavery until 1888, the aftermath was far less tumultuous than in the U.S. Brazil fought no civil war to end slavery, and endured no Jim Crow -style segregation that would spur a large-scale civil rights movement. The absence of such defining confrontations, some experts say, has kept Brazil from addressing racial inequality head-on. Intermarriage was encouraged as a way to “whiten” the population, creating a more racially-mixed population and leading many here to declare Brazil a kind of post-racial society.

The country’s government, media, workplaces and even its shopping malls tell a different story, said Dojival Vieira, journalist and founder of AfroPress, a website dedicated to Afro-Brazilian news. “Less than 20% of the House is black, and we have only two black senators,” he said at a popular São Paulo shopping center, referring to the lower legislative chamber. “Just look around. We’re in a middle class mall and I’m the only black person here.”

While 19.2% of whites in Brazil have completed college degrees, just 7.3% of pardos and 6.4% of blacks have, according to the latest census data from 2010. Black Brazilians earn an average of $391 a month, about half what their white counterparts do.

Ms. Silva’s candidacy comes at a time when black Brazilians are increasingly speaking out about inequality and discrimination. Earlier this month, Brazilian authorities banned the Gremio soccer team from the country’s main cup competition after its fans called the opposing team’s black goalie a “monkey” and other racial slurs.

In August, a widely circulated cellphone video showed a dark-skinned man in a mall dropping his pants to prove that he wasn’t carrying stolen merchandise. “I’m a worker, man! Here! What robbery? Show me!” he shouted angrily at a security guard as onlookers applauded.

While race alone won’t get Ms. Silva elected, the possibility of a black president leading South America’s largest nation would be a watershed, said Adriana Barbosa, founder of an Afro-Brazilian cultural group called “Feira Preta,” or black fair. Like many Brazilians, the 37-year-old is mixed-race, but has dark skin and said she suffered racial discrimination all her life.

“Marina is a reference, a role model, like Obama in the U.S.” Ms. Barbosa said. “I cried when he was elected, and it wasn’t even in Brazil. Having a black president here would be really symbolic.”

Ms. Silva hasn’t emphasized her race in this year’s contest as she has in the past, though she has proposed creating harsher punishment for hate crimes and discrimination in addition to expanding racial equality efforts. Race “is a very important issue because most people think there is no racism in Brazil … that’s why we put it in Marina’s platform,” said Mauricio Rands, her top economic advisor. “She is very proud of her roots.”