By MAIL ON SUNDAY REPORTER

Italian tourists arriving in Britain are being handed phrase books so they can understand local sayings.

The book is the brainchild of an airline boss and comes after  a surge in the number of Italians visiting the country – and Manchester in particular.

It follows the success of Italian football manager Roberto Mancini and striker Mario Balotelli in leading Manchester City to their first top-flight league title in 44 years. 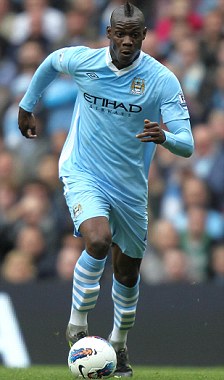 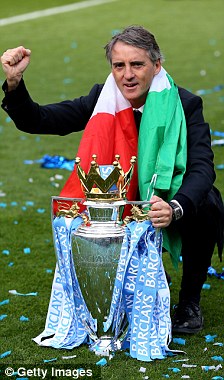 The success of Italians Mario Balotelli, left, and Roberto Mancini, right, has attracted tourists to Manchester

Cockney term ‘Can I have a cuppa’ is ‘Me la fai una tazza  di te’, while ‘Shutttaaappp’  from The Only Way Is Essex translates as ‘Ma stai zitto’.

Those visiting Birmingham are also well catered for – ‘Turrah a bit’ is ‘Alla prossima’ and ‘Yam alright cock’ is ‘Sto bene, bello’.

The phrase book is being given out on Monarch Airlines flights from Italy. Managing director Kevin George said: ‘We thought it would be helpful for people coming to England to be aware of local phrases they may hear.

‘City winning the league with Mancini and Balotelli has really put Manchester on the map for many Italians.’ 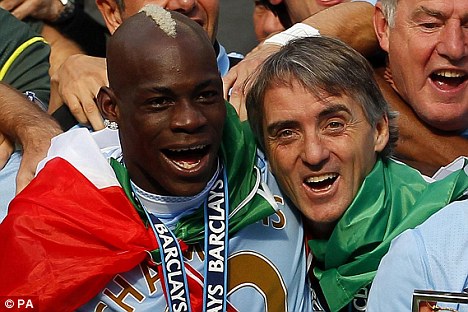