A 12-year-old boy who stands six-foot-one-inches tall and weighs two-hundred and ninety-seven pounds has been told he cannot play for his Pee Wee Football Association team.

Big Elijah Earnheart, from Mesquite,Texas, has been informed that because he is over 135 pounds and in the seventh grade he must automatically step-up to the school league to play with older and more experienced players.

His mother and coach are protesting the decision, claiming that there are many seventh graders who are over the weight limit and allowed to play in the Pee Wee league despite their size. 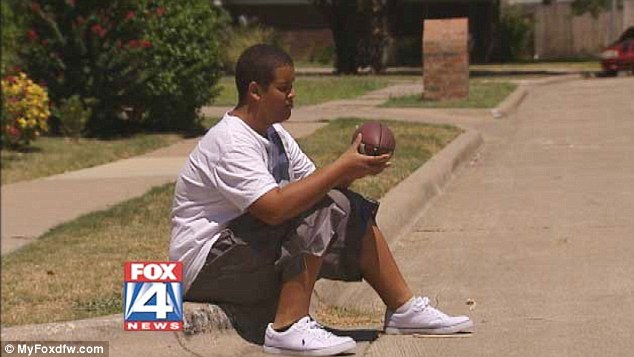 Elijah Earnheart, 12, weighs 297-pounds and stands over six-feet tall and has been banned from playing football with children his own age

‘I don’t want to play in school right now because it’s people that’s had experience and I want to get some experience first and then start playing,’ said Elijah.

‘I just want to play because my teammates are my friends. I know them. I don’t want to go play for somebody else I don’t know.’

Taken out of the team on Sunday after practicing for the past three weeks with the Mesquite Vikings, Elijah was informed by the president of the Texas Pee Wee Football assocaition that he was simply too big.

His coach Marc Wright said that the decision does not make sense as there are a large number of seventh graders he is aware of who are playing and are over the weight limit. 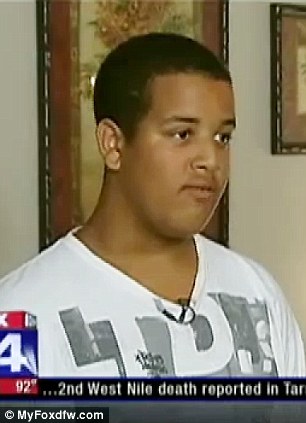 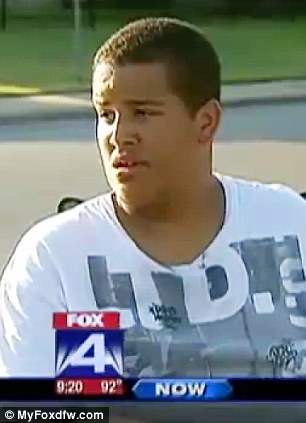 The young man wants to play for the Mesquite Vikings, but the Pee Wee League claims his is too large 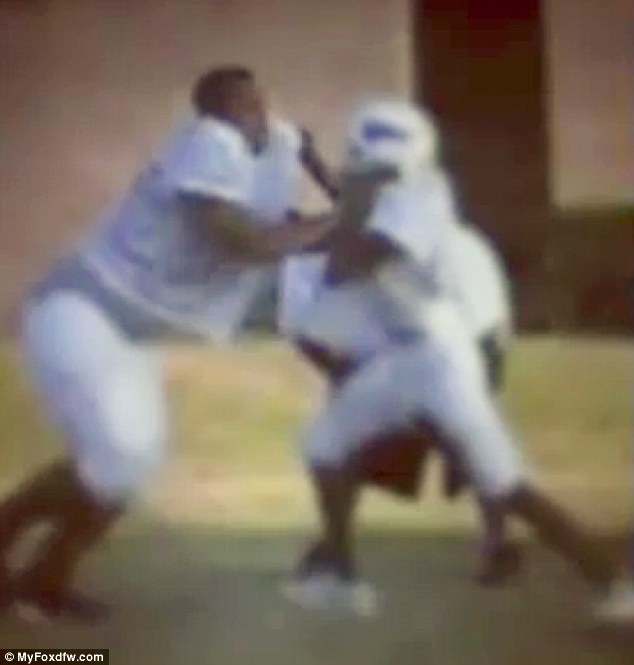 Elijah in action for the Mequite Vikings in pre-season training

‘If they’re over 135 they have to wear a symbol on their helmet, which is the X,’ said Wright to MyFoxDFW.

‘So if they’re an X-man they have to play offensive line, defensive line only.’

And while Elijah’s coach is fighting for the 12-year-old, his mother is also planning to protest with painted signs and T-shirts that say, ‘Let Elijah Play’.

‘For him to come home and just cry and go to his room and say, ‘I give up.’ I’m not going to let him give up. This is his dream. This is what he wants to do. And I’m going to make it happen,’ said Cindy Earnheart. 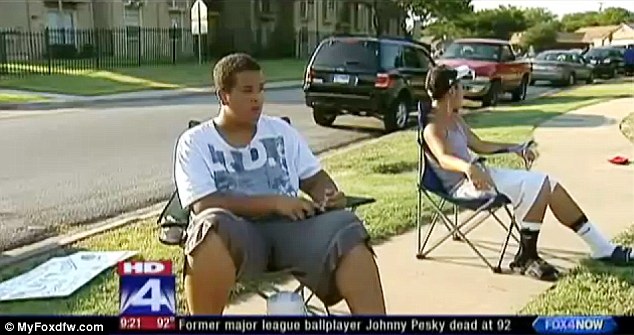 Elijah now has to watch the games from the side-lines as he is only allowed to play in the school leagues.

He confirmed that several other players had been barred on Sunday night for being too large and the X-man exception that Wright referred to only applies to elementary school players.

Henderson did confirm that he would look into allegations that players who shouldn’t be playing in the league are in fact competing.

Black male H.S. graduation rate is at 52% compared to 78% of white males