By BRUCE WEBER
Published: March 14, 2013
Merton D. Simpson, an artist who became a trailblazing collector and gallery owner specializing in African art, died on Saturday in Manhattan. He was 84.
Mr. Simpson had had several strokes and suffered from a number of prolonged illnesses, including diabetes and dementia, said his son Merton Jr. and Alaina Simone, director of the Merton D. Simpson Gallery, in confirming his death.
Mr. Simpson’s work as a painter was largely in the Abstract Expressionist mode. It grew more political after he joined the Spiral group, a collective of black artists founded in 1963 by Romare Bearden, Hale Woodruff and others, who met to discuss the role of black artists in the art world and, given the growing civil rights movement, the larger world as well. 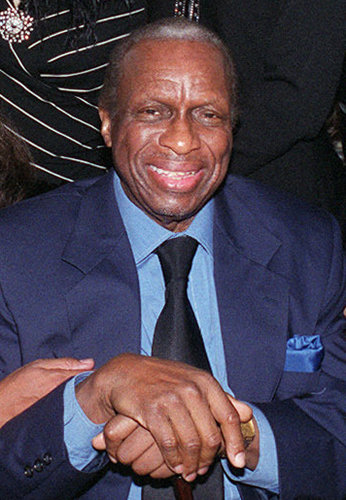 Influenced by Bearden’s collages and the Spiral discussions, Mr. Simpson, after witnessing a standoff between Harlem residents and the police in 1964, produced a series he called “Confrontations,” abstract renderings of masklike faces, white and black, seemingly in hostile opposition.
Mr. Simpson began collecting African and tribal art in the late 1940s. His interest grew through the next decade, spurred by the influence of African sculpture on the paintings of Picasso, Miró and others.
“I was so taken with them, with the forms, you know,” he said in a 1968 oral history interview for the Smithsonian Institution’s Archives of American Art about the figures he had seen in the collections of Mr. Woodruff (who had been his teacher), Paul Robeson and others. “People talked about Picasso, Miró, and I used to say, ‘What about African sculpture?,’ which these people sort of got this idea from.”
He began dealing in art in the early 1950s to support his painting and to help his family, at first working out of a studio apartment and later from a gallery in Manhattan. (The Merton D. Simpson Gallery is now at 38 West 28th Street.) Over decades of traveling in Africa and Europe, Mr. Simpson established a reputation for taste and expertise that many aficionados in the field consider unmatched.
“Over the course of the ’60s and ’70s Simpson became the most important dealer in the U.S. in this field,” Heinrich C. Schweizer, head of the African and Oceanic art department at Sotheby’s auction house, said on Tuesday. “Worldwide, you could say he was one of the two or three leading dealers, and certainly a powerhouse in the U.S., and this was especially remarkable for an African-American, who began doing this in the time of segregation.” 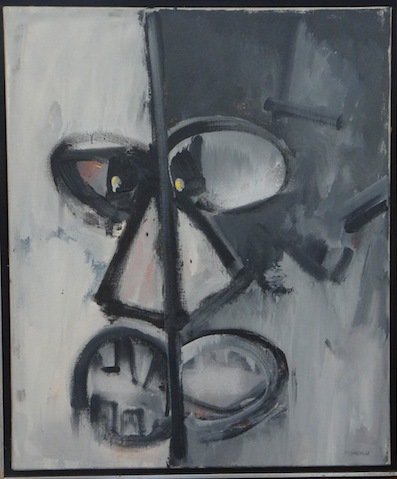 Merton Daniel Simpson was born in Charleston, S.C., on Sept. 20, 1928. His father, Marion, was a water-meter reader; his mother, Jennie, was a homemaker. As a young boy he had diphtheria and rheumatic fever, illnesses that kept him out of school until fifth grade.
His youthful interests ran to both drawing and music; in high school he was a reed player, and he continued to play jazz saxophone as an adult, which he said influenced some of his later paintings, abstract works with looping lines, indefinite shapes and energetic brush strokes suggestive of the improvisatory nature of jazz.“Painting is like playing music,” he said. “You can hear a song, you can hear a melody, you don’t have to know the words, but you hear the music and get an impression of what’s going on.”
He came to New York in 1948 and studied at Cooper Union and New York University, where he met Mr. Woodruff. In 1951 he entered the Air Force; he spent most of his time playing in the Air Force band and painting portraits of military officers, including Gen. Dwight D. Eisenhower. He also worked on paintings of his own.
When he left the service he returned to Manhattan, where he supported himself working in a frame shop frequented by well-known artists like Hans Hofmann, Jackson Pollock and Robert Motherwell, who would critique his paintings.
Mr. Simpson’s marriage to Beatrice Houston ended in divorce. In addition to his son Merton Jr. he is survived by another son, Kenneth; a brother, Carl; a sister, Patsy Johnson; two grandchildren; and three great-grandchildren.
“He was a real pioneer, involved in African art at a high level at a time when there weren’t even many African-Americans who were collecting African art,” said Lowery Stokes Sims, curator of the Museum of Arts and Design in Manhattan, who worked at the Metropolitan Museum of Art from the ’70s to the ’90s. “When I worked at the Met I would go to the gallery and see some of the most incredible African art I’d ever seen in my life. It was really showstopping. And occasionally he’d show his own work,” she said. “For an African-American who came up in the art world in the 1970s, he was truly one of those unsung pioneers, crucial in establishing our place in the art world.”

Gloria Richardson Dandridge: Led the effort to bring civil rights to blacks in the 60's