MI6 and the death of Patrice Lumumba

A member of the House of Lords, Lord Lea, has written to the London Review of Books saying that shortly before she died, fellow peer and former MI6 officer Daphne Park told him Britain had been involved in the death of Patrice Lumumba, the elected leader of the Congo, in 1961.
When he asked her whether MI6 might have had something to do with it, he recalls her saying: “We did. I organised it.”
During long interviews I conducted with her for the BBC and for a book that in part covered MI6 and the crisis in the Congo , she never made a similar direct admission and she has denied that there was a “licence to kill” for the British Secret Service.
But piecing together information suggests that while MI6 did not kill the politician directly, it is possible – but hard to prove definitively – that it could have had some kind of indirect role.
Daphne Park was the MI6 officer in the Congo at a crucial point in the country’s history. She arrived just before the Congo received independence from Belgium in the middle of 1960. 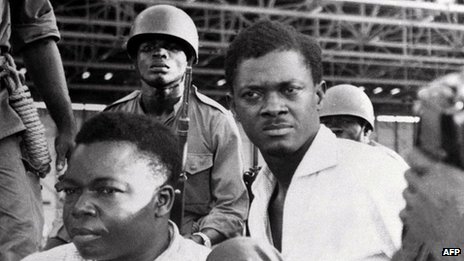 
‘Elimination’
Congo’s first elected prime minister was Patrice Lumumba who was immediately faced with a breakdown of order. There was an army revolt while secessionist groups from the mineral-rich province of Katanga made their move and Belgian paratroopers returned, supposedly to restore security.
Lumumba made a fateful step – he turned to the Soviet Union for help. This set off panic in London and Washington, who feared the Soviets would get a foothold in Africa much as they had done in Cuba.

In the White House, President Eisenhower held a National Security Council meeting in the summer of 1960 in which at one point he turned to his CIA director and used the word “eliminated” in terms of what he wanted done with Lumumba.

The CIA got to work. It came up with a series of plans – including snipers and poisoned toothpaste – to get rid of the Congolese leader. They were not carried out because the CIA man on the ground, Larry Devlin, said he was reluctant to see them through.
Murder was also on the mind of some in London. A Foreign Office official called Howard Smith wrote a memo outlining a number of options. “The first is the simple one of removing him from the scene by killing him,” the civil servant (and later head of MI5) wrote of Lumumba, who was ousted from power but still considered a threat.
MI6 never had a formal “licence to kill”. However, at various times killing has been put on the agenda – but normally at the behest of politicians rather than the spies.
Anthony Eden, prime minister at the time of Suez, had made it clear he wanted Nasser dead and more recently David Owen has said that as Foreign Secretary, he had a conversation with MI6 about killing Idi Amin in Uganda (neither of which came to anything).
But in January 1961, Lumumba was dead.
Did Britain and America actually kill him? Not directly. He went on the run, was captured and handed over by a new government to a secessionist group whom they knew would kill him.
The actual killing was done by fighters from the Congo along with Belgians- and with the almost certain connivance of the Belgian government who hated him even more than the American and the British.

Powerful enemies
The comments attributed to Daphne Park by Lord Lea are subtler than saying that Britain killed Lumumba.
Lord Lea claims Baroness Park told him that Britain had “organised” the killing. This is more possible.
Among the senior politicians in the Congo who made the decision to hand Lumumba over to those who eventually did kill him were two men with close connections to Western intelligence.
One of them was close to Larry Devlin and the CIA but the other was close to Daphne Park. She had actually rescued him from danger by smuggling him to freedom in the back of her small Citroen car when Lumumba’s people had guessed he was in contact with her.
Do these contacts and relationships mean MI6 could have been complicit in some way in the death of Lumumba? It is possible that they knew about it and turned a blind eye, allowed it to happen or even actively encouraged it – what we would now call “complicity” – as well as the other possibility of having known nothing.
The killing would have almost certainly happened anyway because so many powerful people and countries wanted Lumumba dead.
Whitehall sources describe the claims of MI6 involvement as “speculative”. But with Daphne Park dying in March 2010 and the MI6 files resolutely closed, the final answer on Britain’s role may remain elusive.