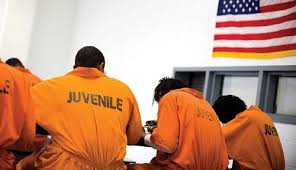 Michigan has 358 inmates in that situation, second only to Pennsylvania, Mlive Media Group reported. Nearly all are men, about two-thirds are black, 45 percent were 16 or younger when they committed the crimes that got them life terms and 41 percent are from the Detroit area.

Defense lawyers, Attorney General Bill Schuette and advocacy groups say they are preparing for the hearings.

The U.S. Supreme Court ruled Monday in cases from Alabama and Arkansas that states cannot mandate life without parole for juvenile killers. The court said judges can still impose the sentence but must have the option of allowing parole.

The court ruled in 2005 juveniles cannot receive the death penalty and in 2010 that they could not get life without parole for any crime except murder.

Many of the inmates in Michigan denied parole were sentenced in the 1990s when state law gave judges only two options for juveniles guilty of murder: Sentencing them to juvenile facilities where they would be released at 21 or as adults to life without parole.

Schuette said his office will make sure “reviewing judges never lose sight of the victims and families who were permanently damaged by these vicious murders.”

The American Civil Liberties Union says 2,496 people across the country are serving life without parole for juvenile crimes, 1,727 of them in five states. Pennsylvania has 475, Florida 355, California 301 and Louisiana 238.