It was only after a different administrator was told about the incident after the fact that the nine boys were suspended. 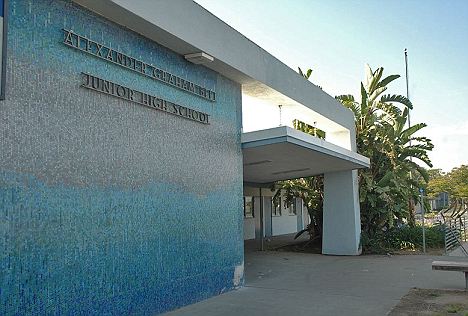 Because of their age and school privacy policy, their names and the length of their suspension will not be publicly released.

The incident took place in an all-male English class, and the offending students were wearing gym shorts at the time.

‘It’s crazy I don’t even know I can’t even believe it,’ one unidentified fellow student told NBC’s San Diego affiliate.

Gay rights advocates are outraged because they feel it is a step backwards for the liberally-progressive school, which banned the Boy Scouts in 1993 because they thought the group discriminated against homosexuals. 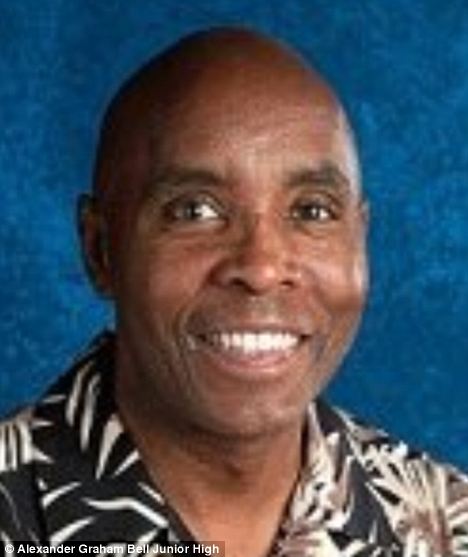 Employed: Teacher Ed Johnson is still on the roster at the school even though he was the teacher in charge at the time of the incident

‘I was thinking we were getting better and that’s why we go out and speak in schools. This is news to me and this gives me chills. It is terrible,’ Patti Boman of Parents, Families, and Friends of Lesbians and Gays told The San Diego Union-Tribune.

Now there is controversy surrounding the school’s decision to keep the unresponsive teacher on staff.

‘He’s my teacher but I’m in a different period, and he doesn’t really do much about anything because he’s not a good teacher,’ one unidentified student told NBC.

‘He always reads. That’s all we do in class is read you read with him no he reads and we listen.’

School officials declined all press requests but put out one statement saying that Mr Johnson is still employed by the school district and ‘remains assigned to Bell Middle School.’

‘His schedule has not changed,’ they said in an email. 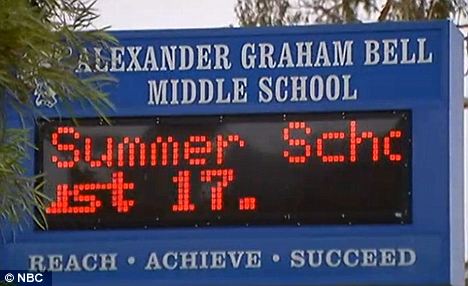 Uproar: Parents and faculty members are expressing extreme concern about the incident and the continued employment of the teacher on the scene

The Union-Tribune was informed about a series of mass emails that circulated around the school’s teaching staff upon the news of the suspension of the students.

Bill Daniel, a special education teacher who also serves as the teachers’ union representative at Bell Middle School, is spearheading a petition in support of Mr Johnson.

‘We only want to support him as a friend and colleague. We are making no judgment,’ he said in one of the emails.

‘Our petition only states that there appears to be rush to judgment based on questionable statements made by very young children.’

Another teacher, Hale Maher, responded and implied that not all of the faculty is on Mr Johnson’s side.

‘I have had my students come up to me and ask horrible questions about what happened. Bill, respectfully, our job is to protect children,’ he wrote in his email.

‘This issue is dividing our faculty. Many of us are outraged yet we keep silent.

‘Protecting our children just as protecting the jobs of those who are losing theirs is the job of the union. I never speak up. But this is wrong. We must protect our children.‘

How Racist Are We? Ask Google