Devin Mitchell had a bright future ahead of him. The Starville (Miss.) High student was just a junior, but already he was making a name for himself on the football field. Aside from leading the team with 34 receptions, 772 yards and 10 touchdowns in 2011, he also helped take the team to the Class 5A title game. 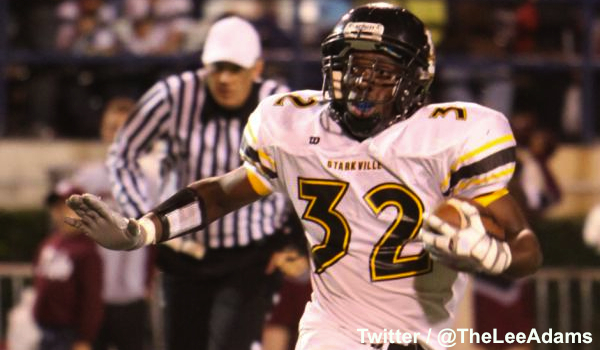 But in the blink of an eye everything changed on Sunday morning. As The Commercial Dispatch reported, the 16-year-old was shot and killed in the early hours on New Year’s day when Tavaris F. Collins opened fire on Mitchell at the Ridgewood Apartments in West Point, Miss.

Clay County 911 received calls at 2:55 a.m. of gunshots fired near the complex. Officers arrived and found Mitchell, 16, of Starkville, suffering from a gunshot wound. He was later transported to North Mississippi Medical Center in Tupelo where he died as a result of his injuries, West Point Police Chief Tim Brinkley said.

News of Mitchell’s death shocked friends, who took to Twitter to express their condolences and share their favorite memories of Devin.

“It is such a tragedy,” Stan Miller, Starkville High AD, told The Dispatch. “He was a straight A-B student, a churchgoer, a fine young man. “We’re not smart enough to understand why things happen in our lives. I’m just sick. I’m torn up.”

West Point police have yet to give any information on how many times Mitchell was shot, or the reason Collins opened fire on him in the first place.

Regardless, from reading the tweets and comments about Mitchell, you can tell he was loved in the community.