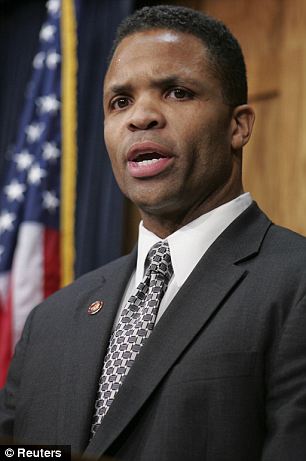 The Chicago Democrat’s whereabouts had been a mystery after he took a medical leave of absence last month.

According to NBC he has been located, at a treatment centre in Arizona.

Two weeks after Jackson went on hiatus from congress, on June 10, his office released a statement that said he was suffering from exhaustion.

On July 5 another release said Jackson’s problems were more serious than previously believed, that he had long dealt with ‘physical and emotional ailments’ and needed extended inpatient treatment.

Nothing further was disclosed about his condition, despite growing pressure, until Wednesday, when the office broke its silence, issuing a statement that claimed Jackson is under ‘intensive medical treatment’ for what they describe as a ‘mood disorder’.

The statement gave no details about where Jackson was being treated.

Staff members said the statement is from Jackson’s physician but that the doctor’s name and location would not be released because of federal privacy laws.

‘The Congressman is receiving intensive medical treatment at a residential treatment facility for a mood disorder,’ the statement said. ‘He is responding positively to treatment and is expected to make a full recovery.’

It continued that reports Jackson was being treated for ‘alcohol or substance abuse’ weren’t true.

His month-long leave of absence from Congress has prompted pleas from colleagues and constituents for the 47-year-old Democrat to reveal his illness.

His colleagues and friends reported that he was going through treatment for alcoholism, NBC News reported, although his wife tweeted NBC Chicago, saying that her husband is not in rehab.

Jackson’s father, civil rights leader Reverend Jesse Jackson Sr, told a Chicago television station on Wednesday that it would be inappropriate to provide more information about his son’s condition.

He would only say that he was regaining strength and ‘going through a tremendous challenge’.

Fellow Illinois Democrats said the lawmaker owed an explanation to voters in his South Side district in Chicago. He is up for re-election to a 10th term in the November 6 election. 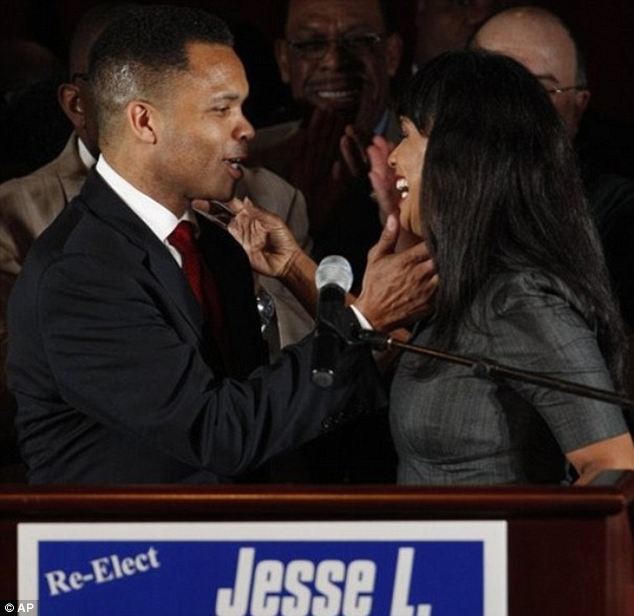 Denial: U.S. Rep. Jesse Jackson Jr (left) and his wife Chicago Alderman Sandi Jackson (right) at his election night party in March. She tweeted NBC Chicago, saying that her husband is not in rehab

‘As a public official … there reaches a point when you have a responsibility to tell people what you’re facing and how things are going,’ Senator Dick Durbin said this week.

‘He should be focusing on his health,’ said Representative Danny Davis of Illinois, a friend of the Jackson family who said he has not inquired about Jackson’s ailments.

‘I hear that it was kind of serious in terms of some kind of depression,’ he added.

Jackson’s Republican opponent, Brian Woodworth, said he was not ‘engaging in any speculation’ about Jackson’s condition. But he said there was an obligation by Jackson’s camp to clarify what is going on.