Republican presidential candidate Mitt Romney took all the cash he had in his wallet at a recent rally and handed it over to a woman who has been volunteering at his campaign headquarters.

While a cynical observer may just see it as a blatant- and literal- attempt for the multi-billionaire Mr Romney to buy the votes of South Carolina voters in the run up to the state’s primary on Saturday, Ms Williams says it is just the answer to her prayer. 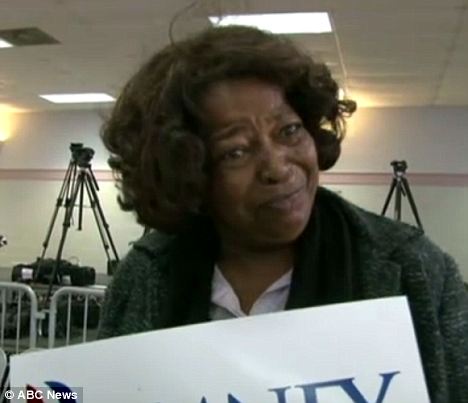 Volunteer: After a moment of desperation, Ruth Williams decided to follow Mitt Romney’s bus to their headquarters where she met him

‘I was on the highway praying and said, “God just show me how to get (my) lights on,” and I pulled up to a stop sign and his bus was there,’ she said of her first interaction with the Romney camp on Wednesday.

Though the candidate wasn’t on the bus at the time, she started cheering towards the bus driver- even doing a little dance- and one of the staffers then told her to meet them at the Columbia, South Carolina, office later that day.

There she met Mr Romney and told him of her financial troubles. Ms Williams, 55, has been out of work since October and her son has had three brain aneurysms, each of which plunges their family into further debt.

Since then, Mr Romney’s South Carolina treasurer Curtis Loftis paid Ms Williams’ light bill and gave her $150 cash. Those payments came before Mr Romney gave her the money out of his pocket at the rally Saturday, which she said was between $50 and $60. 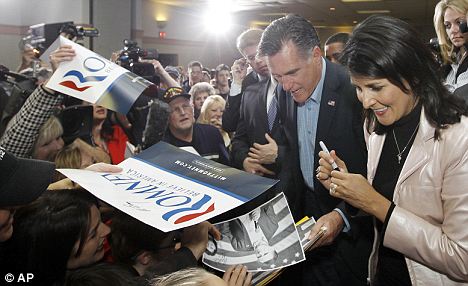 Working the room: Mitt Romney (center) has been campaigning with South Carolina Governor Nikki Haley (right) this week before the state’s primary

Mr Romney recognized her at the rally because it was the third time they have met: the first in the offices on Wednesday, then again during the week since she has started volunteering at their headquarters. 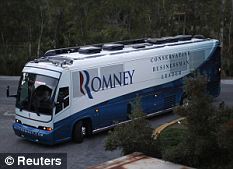 The sign: Ms Williams was pulled over on the side of a highway when she saw Mr Romney’s bus

Even though Saturday’s rally had quite a crowd, Mr Romney also made sure that she was given some local attention.

In the lead up to the third primary contest of the campaign, Mr Romney has been a constant presence in the state and has been stumping frequently with the state’s governor Nikki Haley.

‘They really did, they really came through for real,’ Ms Williams said. 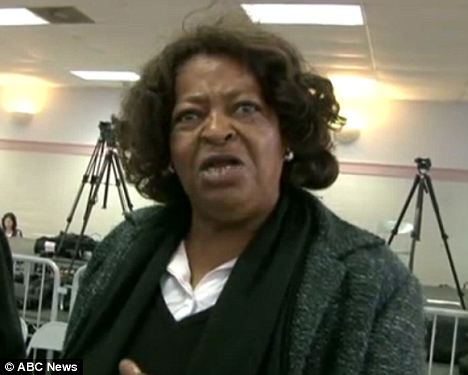 Though some commentators have said that Mr Romney might have trouble appealing to the large conservative Christian population in South Carolina due to his Mormonism, that concern seems to have disappeared as he now leads with an expected 29 per cent of the state’s Republicans.

For Ms Williams, her support for Mr Romney is all because of God.

‘God didn’t tell me to go to nobody else, he told me to pray for Romney,’ she said.

‘The Lord told me- it sounds strange but it really does happen!’