A mixed martial arts fighter allegedly beat his pregnant girlfriend so badly she miscarried, breaking her nose and giving her concussion.

Willie ‘Slick’ Parks, of Albuquerque, New Mexico, has now handed himself into the authorities and is being held in custody on aggravated assault charges.

Police say 28-year-old Parks beat up his girlfriend after an argument over the clothes she was wearing to a Downtown bar and the fact that men had been complimenting her appearance. 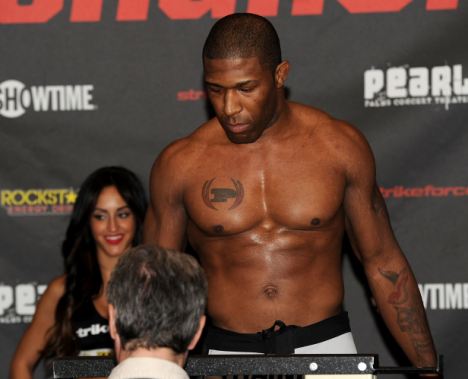 She said he then refused to let her visit a doctor for days.

She told police she remembered getting into the driver’s seat of her car and later waking up in the passenger seat with blood on her face and a large knot on her forehead.

Parks told her she had been in a car accident and her head had hit the windshield, according to the Albuquerque Journal. He then attempted to treat her swollen face, but would not let her go to hospital.

She grew ‘suspicious of the explanation that Parks offered’ about her injuries and the accident, which she said led Parks to change his story and tell her she was attacked by two men during a drug deal.

Police say the woman believes Parks slammed her head into the steering wheel of her car and that she had ‘a bruise on the backside of her right ear, which would indicate a thumb or finger had pressed against this area with enough force to cause bleeding.’ 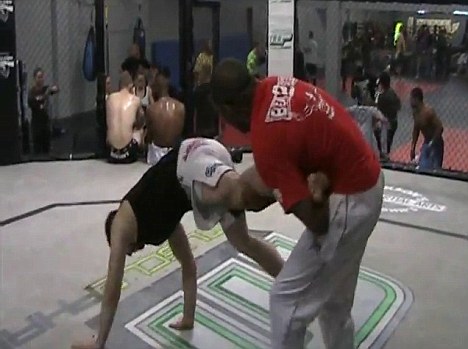 Erratic: Parks’ gym manager said he had been fired for unusual behaviour – which he put down to the fact the fighter had failed to get a spot on reality TV show The Ultimate Fighter

The woman went to the hospital on August 3, where a doctor told her she had a broken nose, a concussion, and her injuries probably caused the miscarriage of her unborn child. She was in the first trimester of her pregnancy.

The couple broke up, and Parks left numerous text messages and voice mails on the woman’s cell phone, police said. A text message from August 6 read: ‘you play with fire and get burned.’

A manhunt for the welterweight was launched on Thursday and he is now being held on $50,000 cash bail.

Ricky Kottenstette, general manager of the city’s prestigious Jackson-Winkeljohn’s Mixed Martial Arts gym, said Parks was a top-level wrestler and promising fighter who trained and was an instructor at the gym.

He said the gym had got rid of Parks a couple of months ago ‘when he wouldn’t show up to work some days.’

Parks’ erratic behavior, according to Kottenstette, seemed to begin after he learned he would not be getting a spot on the popular FX reality TV programme The Ultimate Fighter.

Haiti: Where Did the Money Go? Episode 2