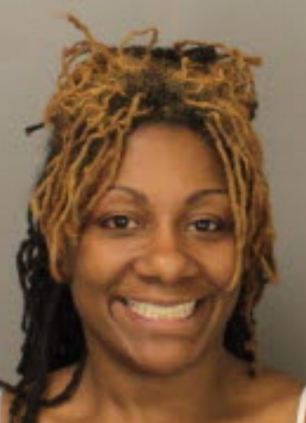 Tabitha Gentry was arrested late Thursday and charged with aggravated burglary, criminal trespassing and theft of property over $60,000

The family of the young mother arrested on Thursday evening after illegally squatting for the past week inside a $2.7million Memphis mansion, have spoken out about how she became radicalized after falling under the influence of the anti-government group known as the Moorish National Movement.

Tabitha Gentry, 32, and two of her six children moved into the mansion in the exclusive Shady Grove neighborhood of Memphis on Monday.

Family members say Gentry, from the Memphis suburb of Horn Lake, has undergone a radical change of personality since falling under the influence of the Moorish and that she was once an honor student and high school basketball player with a promising future.
‘Very smart. They said she was on the dean’s list at school,’ cousin Trenisha Gentry told Myfoxmemphis. ‘She never went without making the honor roll or principal’s list.’

But Tabitha’s life changed radically after she met and fell in love with Darrin Fleming, who introduced her to the Moorish National Movement.

Since then she has undergone a metamorphosis which has seen her change her appearance and assume the name Abka Re Bey.

‘She has never had braids and she was never part of no Moorish Nation or something like that,’ said Trenisha.

‘Ever since she met him she’s changed. She really has. We noticed she started having more things like she’s got a huge truck, an Excursion.’ 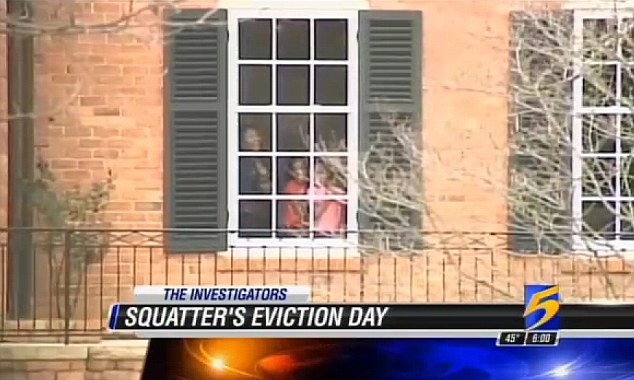 A group of squatters, pictured, broke into the $3million mansion in Memphis, Tennessee earlier this week and had refused to leave 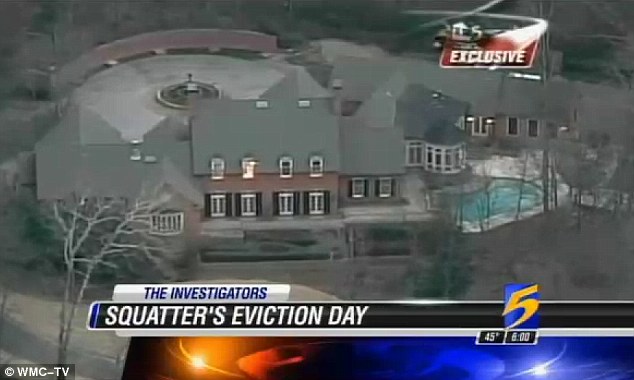 Foreclosed: The decadent four acre residence, complete with a home theater and swimming pool, was foreclosed in August 2011 and has been sitting empty for 18 months 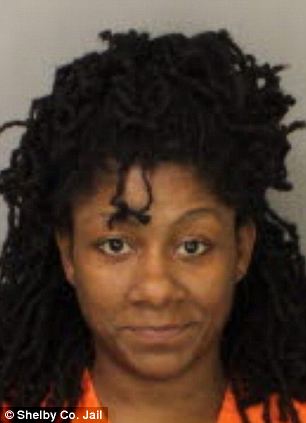 Gentry, who has six children aged between 11 years and 14 months, was arrested late on Thursday evening and charged with aggravated burglary, criminal trespassing and theft of property over $60,000.

She claims to be a sovereign citizen of the Moorish National Movement, who believes the law does not apply to her.

Gentry filed paperwork with the Shelby County Register of Deeds on February 25, claiming to seize the property on the 600-block of S Shady Grove ‘in the name of Allah, the Most High, Creator of the Heavens and Earth.’

On Thursday night a judge signed a warrant for police to raid the house after a grandparent of one of the children inside asked them to intervene.
Within five minutes a SWAT team had arrived in an armored vehicle full of officers armed with assault rifles and they quickly gained entry by smashing through the gates.
Gentry was caught driving away from the scene at 11.30pm on Thursday in a white Jaguar, which also contained a 13-year-old child. She was promptly arrested and charged with burglary.
Tabitha Gentry was booked at the Shelby County Jail at 2:45 a.m. on Friday, March 8. She is being held on a $2 million bond, and is scheduled to appear in court March 11. 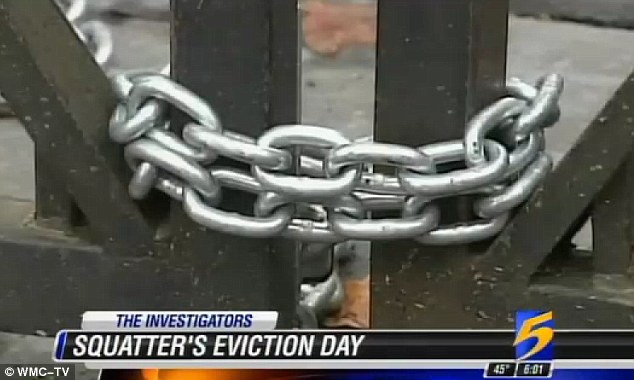 Chain: The group, who claim to be Moorish American Nationals, padlocked the gate of the $3million home


Two juveniles were also removed from the home; one child has been released into her aunt’s custody, and the second child is still in the custody of the Department of Child Services.

This isn’t Gentry’s first tangle with the law. Last November she was charged with aggravated assault for trying to run over a police officer during a traffic stop in south Memphis. At the time she provided police with a sovereign citizen identification card.
That case could be headed toward a Shelby County grand jury for indictment.
The 10,000 square foot home is owned by Renesant Bank after going into foreclosure in August 2011. 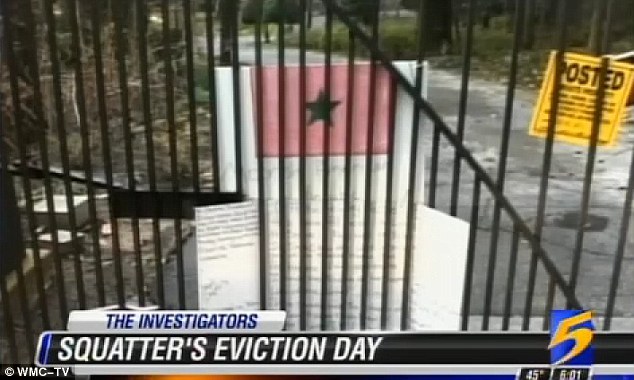 Claim: The squatters wrote a note on the gate claiming that the bank cannot own property and that the home, which was valued last year at $3.2 million, was theirs

The squatters broke into the home on Monday and chained the gate. On Wednesday they ignored a bank-imposed deadline to vacate the property.
They were first discovered on Monday by Daniel Brown who visits the property on Shady Grove Road, a high-end neighborhood, every week to clean the pool.

He said he arrived to find the gate padlocked with ‘no trespassing’ signs posted to it.
The squatters, who were captured laughing in the window in local TV footage, even wrote a note on the gate claiming that the bank couldn’t own property and that the home, which was valued last year at $3.2 million, was theirs.
‘The signage said the bank cannot own property, and that they had the original deed to the house and that they were taking them to court and there were eight other properties,’ Brown told WMCTV.com.

The inhabitants, who were contacted by email, said their indigenous ancestry granted them ownership of the mansion. They added that they believe in ‘love, truth, peace, freedom and justice.’ 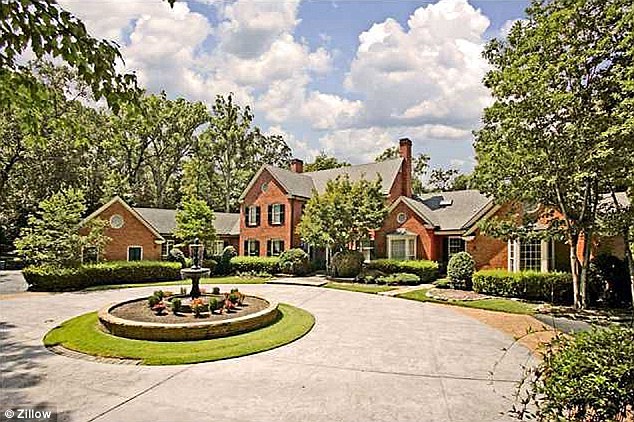 Expensive: In 2006, the residence, pictured in real estate photos, was bought for $3.9 million by Richard and April Rice 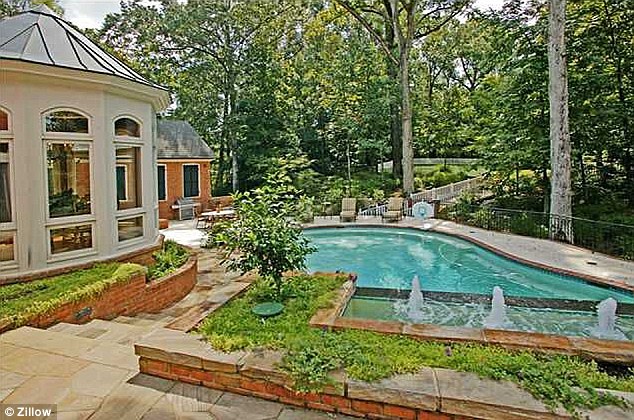 Repossessed: Renasant Bank assumed ownership in August 2011 and the home had been empty for more than a year 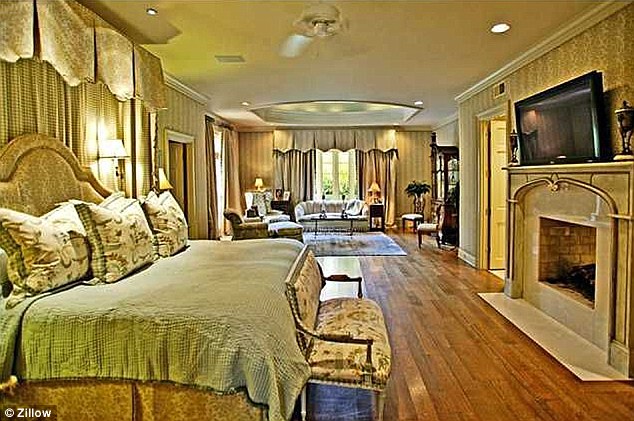 Power: The home still had utilities but no furniture according to neighbors

Neighbors were outraged that the squatters had bedded into their exclusive neighborhood.
‘Well, I’m stunned really,’ David Peck told WMCTV.com.

‘I know the two former owners. And I knew the house was on the market, but I’ve never heard of anything like this.’

Another neighbor, Vallie Jo Bell, said: ‘We were just really surprised. I hope they’ll get out and maybe find another place to live.’

The home and property, totaling almost four acres, were valued at $3.2 million in 2012. 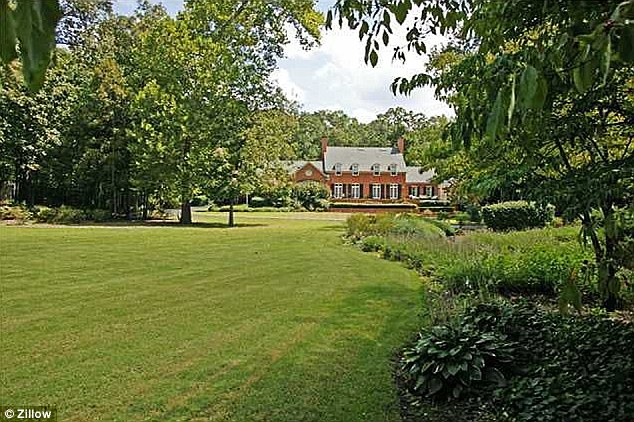 Ancestry: The inhabitants claimed in an email that their indigenous ancestry granted them ownership of the mansion 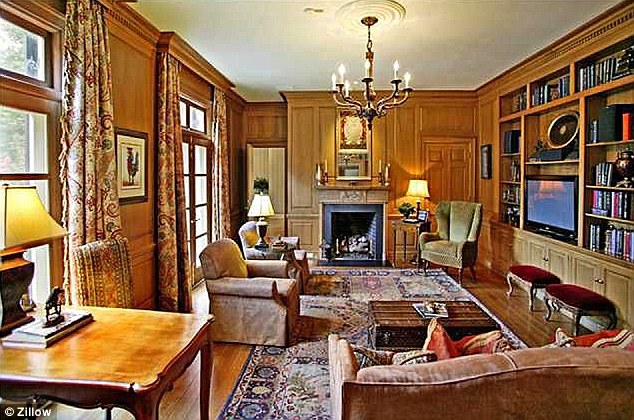 Angry: Neighbors are outraged that the squatters bedded in on their well-to-do street 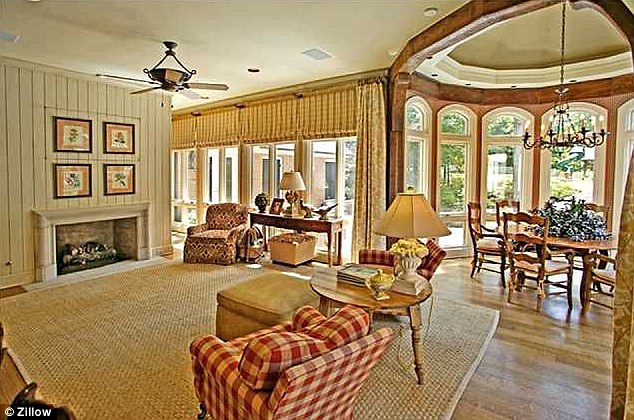 The bank had ordered the illegal tenants to move out of the home by 2:30pm on Wednesday but they refused

In 2006, Richard and April Rice bought the residence for $3.9 million but Renasant Bank assumed ownership in August 2011.

The mansion still has working utilities, but neighbors said it doesn’t have any furniture.

The bank had ordered the Moors to leave by 2:30p.m. on Wednesday, but they had ignored the order.

US parents convicted of killing Ethiopian girl they adopted